Warning: Spoilers for My Hero Academia, Season 6, Episode 7The heroes have been taking a beating in lately, but the losses haven't really hit home for many of the students of UA--until now. One UA teacher has just been killed in battle, and at this rate, the kids will be lucky if that's the only one they lose.

In episode 7, "Disaster Walker," Midnight, a teacher at UA, attempts to climb onto the back of Gigantomachia, at top speed. Midnight hopes to use her Quirk to put the mobile mountain to sleep and convinces Kamui Woods to help her get close. Unfortunately for Midnight, however, the other members of League of Villains are currently hiding on Gigantomachia's back, and Dabi takes a shot at Kamui Woods with his flames. At that moment, Mr. Compress uses his quirk to release some of the building debris that he'd shrunk down, causing it to rain down upon Midnight and send her careening towards the forest floor.

Midnight manages to survive the fall, but as one might expect, she's quite badly injured. She manages to get one last message out , authorizing her to create sedatives and charging the students with finding a way to stop Gigantomachia. Unfortunately for Midnight, several of the nearby villains spot her and start walking her way. While the episode and the original manga don't show what happens to her exactly, there's no question that these villains are about to finish the R-rated Hero off, despite the fact that none of them are named, and few have appeared outside these panels. 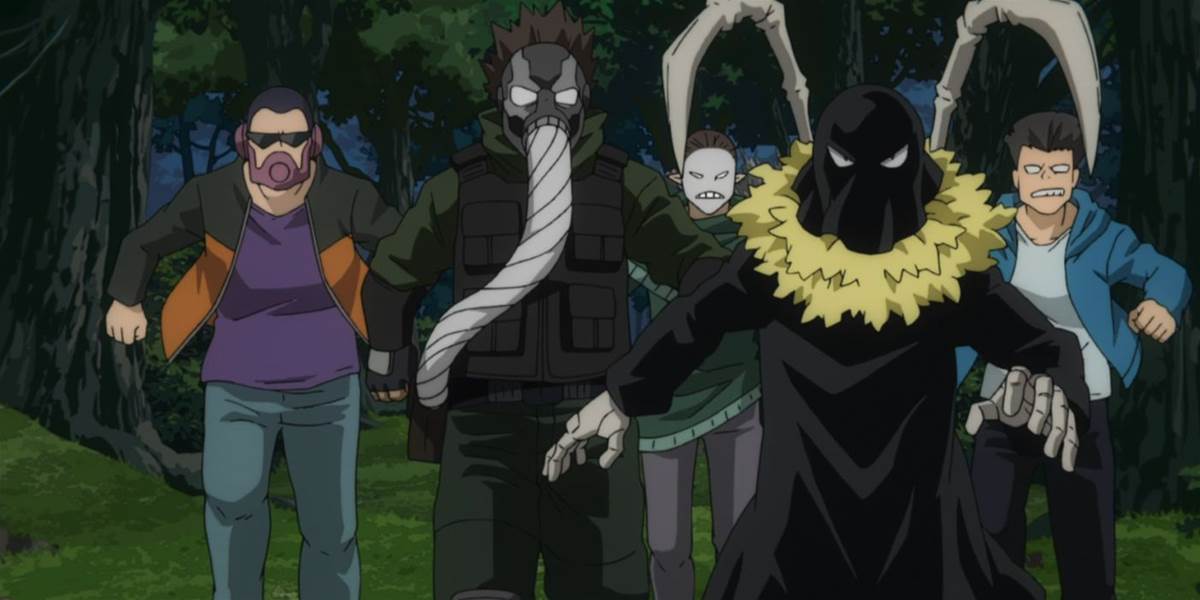 It's an interesting choice to have literally nameless henchmen kill a major character like Midnight, who has not only had appearances since the series' earliest chapters but also had a significant role in 's spinoff prequel, . The character who ends up taking responsibility for this incident later in the manga is primarily the man in the gas mask, who seemed particularly thrilled to have had the chance to kill not only a hero, but a UA teacher. His spider-limbed compatriot has also made later appearances in the manga, although neither has yet been named. Some heroes, like Crust who died to save Aizawa, or , have already fallen in a valorous way, but others were unceremoniously taken out by a single attack from Shigaraki that wasn't even aimed at them in particular. It just so happens that this time, it was a character many have come to love. While fans might find this difficult to accept, this is the "War" arc, after all; people die in wars, and not every death in the line of fire is a heroic or dramatic one.

The is on in full force in , and Midnight isn't the first casualty for the heroes, nor will she be the last. Hopefully, her students can take what she taught them and avenge their fallen teacher, even if it takes them a while to do it.