Warning: SPOILERS for Black Clover chapter 343Yami's sister Ichika is resurrecting the worst aspect of the Dark Triad's most terrifying magic in . Recent chapters of the series have turned Ichika into an incredibly important character, and with this new upgrade, Ichika will be stronger than ever.

Although presumed dead, Dante Zogratis of the now-disbanded Dark Triad still haunts the memories of those who can't forget him. Aside from his disgusting treatment of women, what stood out most about the devil-host was his unsettling gravity magic. Probably the most recognizable of them is his spell Presence of the Demon King for obvious reasons but how the spell Heavy Infighting functioned was much more intricately involved - and during her rather intense training session with Asta.

In chapter 343 of by mangaka Yūki Tabata, Ichika explains how her spell Dark Yojutsu: Black Star works while she begrudgingly . Although essentially a variation of black magic, Black Star functions like gravity magic since it "uses its pull to create vulnerabilities" in her opponent, which she inflicts on Asta. But during their sparring match, Ichika later redirects Black Star on herself, which, in turn, makes it difficult for Asta to grasp her movements.

How Ichika's Black Star is Like Dante's Gravity Magic 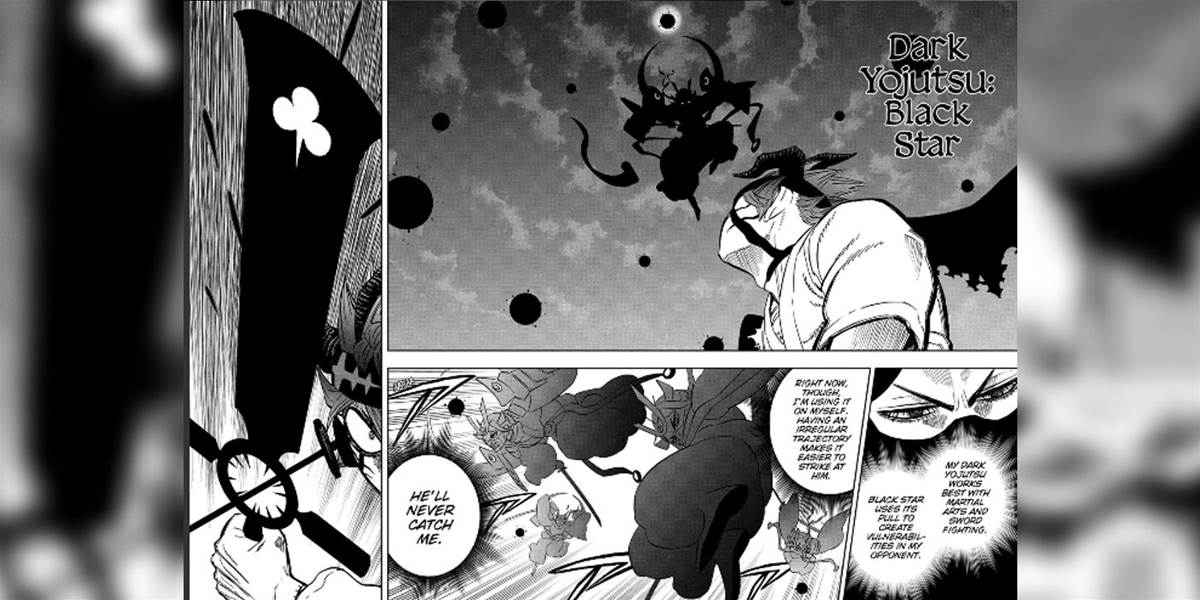 This phenomenon is similar to how Dante's Heavy Infighting (and Heavy Infighting Gladiator) functioned except to a lesser degree. As was able to simultaneously switch back and forth between increasing and decreasing the weight of gravity on his arms. The decrease in gravity allowed him to make punches in quick succession while the increase in gravity made his attacks heavier, thus, increasing their power. Heavy Infighting Gladiator functioned the same way except, rather than his fists, Dante altered the gravitational effect on a katana.

As events are progressing now, Ichika appears to be only experimenting with her magic by directing the gravitational effects of Black Star on herself instead of how she normally utilizes the spell, which is on her opponents. In theory, Ichika could direct the pull from her Black Star on both herself her opponent. As a result, she could create vulnerabilities in Asta's movements, opening him up to her attacks, while simultaneously making her own movements irregular, minimizing Asta's ability to hit her. The difference between this tactic and Dante's Heavy Infighting spells would be that Ichika's combo would raise her defenses while minimizing her opponent's while Dante's Heavy Infighting just augmented his offensive capabilities through speed and power.

The irony is that Ichika's dark yojutsu possesses more similarities to gravitational than dark magic even though the aesthetic is more comparable to the latter. For example, after summoning Dark-Cloaked Black Warrior, Ichika pulls Asta towards her, another characteristic of gravity. As a result, her power is more akin to Dante than to her brother Yami, whose black magic mostly generates and manipulates darkness. As of now, Ichika's yojutsu is already drawing many parallels to Dante's gravity magic, and although his Heavy Infighting spells along with the vast number of his other terrifying incantations overshadow Ichika's repertoire, she has the capacity to grow and reveal more of her spells while Dante will likely never return in part because of an earlier instance when .