has a student by the name of Koji Koda, whose Quirk allows him to communicate with animals. It's not a tremendously useful ability in battle, limited mostly to attacking with flocks of birds or bugs that can obscure vision. However, to only think of this power's usefulness in combat is to drastically undersell what kind of jobs superheroes usually do. Heroes in can have different roles, from support to rescue, where these other kinds of abilities come in handy, and Koda proved his usefulness in the latest episode.

In the episode, many of the students are tasked with evacuating the nearby city, just in case the conflict should spill out from the hospital that the villains were using as a hideout. were going from building to building speaking with people and encouraging them to leave. Many people are worried about leaving things behind, like a manuscript, but there's one thing no one had to worry about abandoning: Pets. Koda is able to use his ability to communicate with animals to spread the word to evacuate among them, and a troupe of dogs, cats, and birds is shown following the boy. This ends up being extraordinarily important since Shigaraki awakened and immediately used his Decay Quirk to destroy most of the city, which is shown to have killed several heroes at minimum. The overwhelming majority of the city made it out safe, and thanks to Koda, that includes all the animals who lived there, too.

Superpowers Aren't Just for Fighting in My Hero Academia 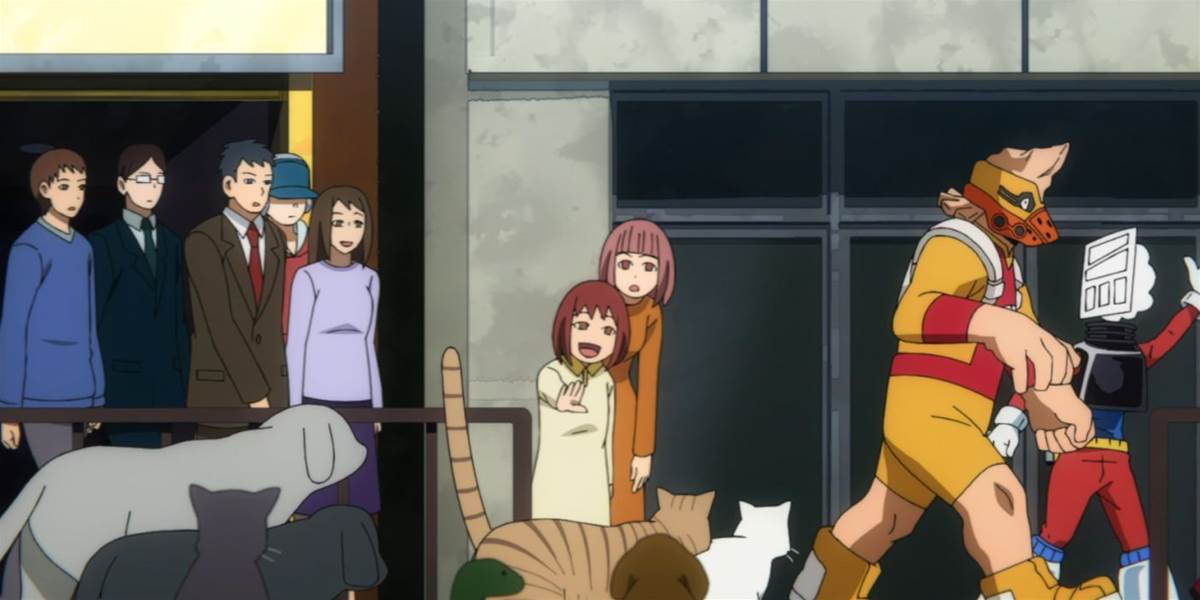 In , heroes can choose what role to train in . Many heroes have abilities that are useless for fighting, like the Laundry Hero Wash, who can clean anything, or Lunch Rush, who can create phenomenal amounts of food at once. These abilities sound like dumb powers on the surface, like Aquaman's, but in the context of a disaster, this kind of support is essential. Lunch Rush, for example, is said to have once fed 10,000 people displaced by a typhoon by himself. For people affected by natural disasters, pets can be a big concern, often not allowed in shelters and easily scared by storms and loud noises. The fact that Koda can keep these pets safe and explain to them what's going is a major weight off the shoulders of people already suffering, and that's just what a hero should do. Aquaman himself might be better off as a search-and-rescue type hero, communicating with fish to find people lost at sea or to locate things lost on the ocean floor instead of fighting villains.

This splitting of heroes into different focuses is one of the things does very well, and it's a very realistic take on how superpowers might actually best be employed if they were to exist. While Koda may not be the character fans think of as the coolest, he's definitely worthy of being called a hero.