has returned for the second half of the first season. The stakes couldn't be higher as it appears to be adapting the Doggy Crisis Arc from the Manga.

The manga is still currently in publication as it releases a new chapter bi-weekly (for the most part) and readers are still hooked as volumes keep selling off the shelves. Tatsuya Endo's magnum opus has resonated with a lot of folks for its seemingly bare-bones story with incredible arcs that manage to balance its lighthearted family hijinks with Cold War situations. 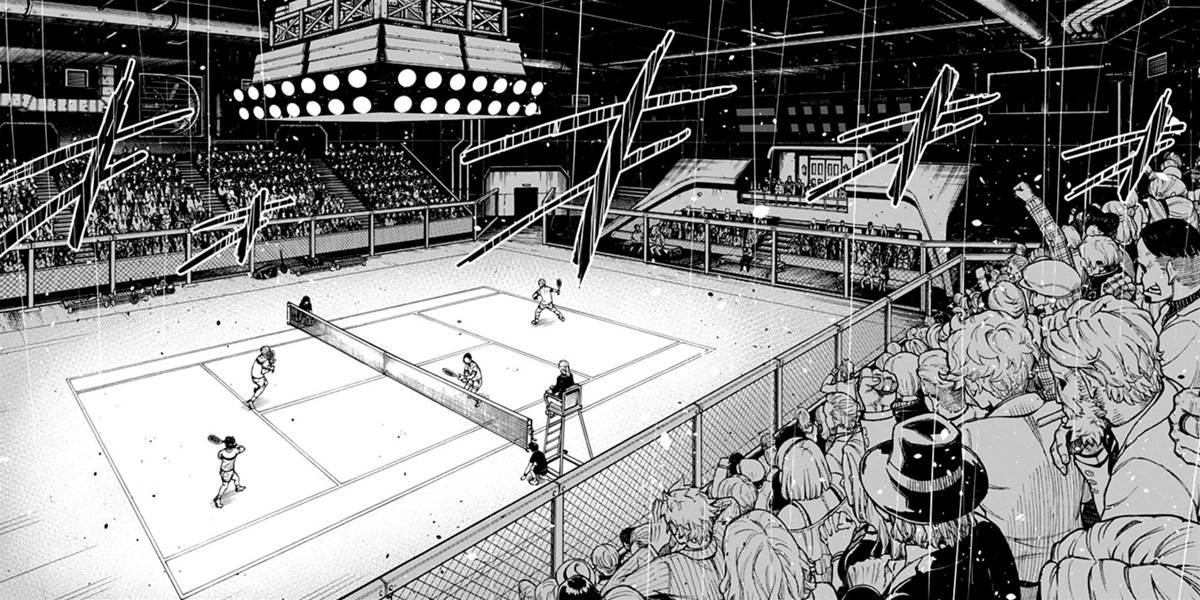 The Campbelldon Tennis arc is significant in both its character introduction of a new fan favorite, Fiona Frost, and its ultimately pointless venture. Agent Frost is one of Twilight's co-workers at WISE and happens to be madly in love with Westalis's number one Agent. Her mission is to replace Yor as the matriarch to the Forger family, and she sets out to prove how invaluable she can be to Operation Strix.

Though it may seem unnecessary this was the arc that introduced readers to an "actual" love triangle. It was bound to happen for a story so intertwined in relationships that are dependent upon hiding something from the other. Yet this is Tatsuya Endo and if they are set on introducing a stapled cliché, then they were going to do it in the most ridiculous way possible, by tasking Westalis's two top agents to participate in a privately held Tennis competition hosted by Ostania's elite.

It's always a fun moment for when a story finally reaches the point where the protagonist comes across their goal. Whether it's figuratively or literally, it's a moment that can help advance the story further in the most impactful way. Enter the Imperial Scholars Mixer Arc where Agent Twilight finally encounters Operation Strix's person of interest, Donovan Desmond.

Anya is halfway through her first year at Eden Academy and is slowly making progress to get close to Donovan's son Damian. The Imperial Scholars Mixer is set to make it's bi-annual meeting and its one of the few occasions where Donovan attends. Damian wishes to confront his father about recent events whereas Twilight hopes to initiate contact with the mysterious recluse. The one panel alone that Loid and Donovan share is iconic enough to make this arc of

If things weren't complicated enough for the Forger family, the reveal that Yor's brother, Yuri Briar is none other than a member of Ostania's Secret Police makes it more so. But being Secret Police isn't the only dangerous thing about the younger Briar sibling.

His absolute devotion to his older sister, Yor makes him commit some questionable acts for her protection. So when it comes time to introduce him to his new brother-in-law and niece, he remains on the fence and intends to reveal her sister's husband as the "imposter" he is. The arc is short but the interactions between the Forgers and Yuri are absolutely a riot as Yuri is outsmarted at every turn by the pro-concealer Twilight. 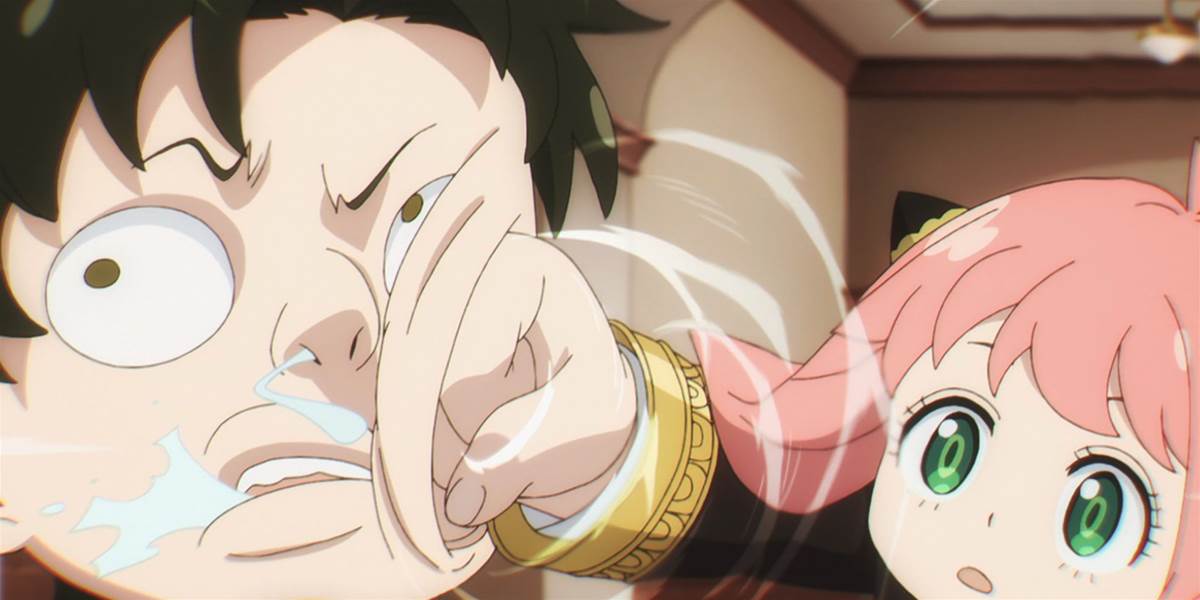 After securing admission into Eden Academy thanks to being at the top of the waiting list. The Forgers venture for an "ooting" Eden's opening ceremonies for its First Years. This arc constitutes a series of vignettes that serve to introduce Anya's classmates and the troubles she'll face going forward with the highest expectations Eden staff place upon their students.

This arc is noted for the amount of from Becky Blackbell befriending Anya to Yor Forger stepping up her role as Anya's mother. But the icing on the cake is her punching of the snarky Damian Desmond, earning her tonitrus bolt and putting Operation Strix in greater jeopardy. 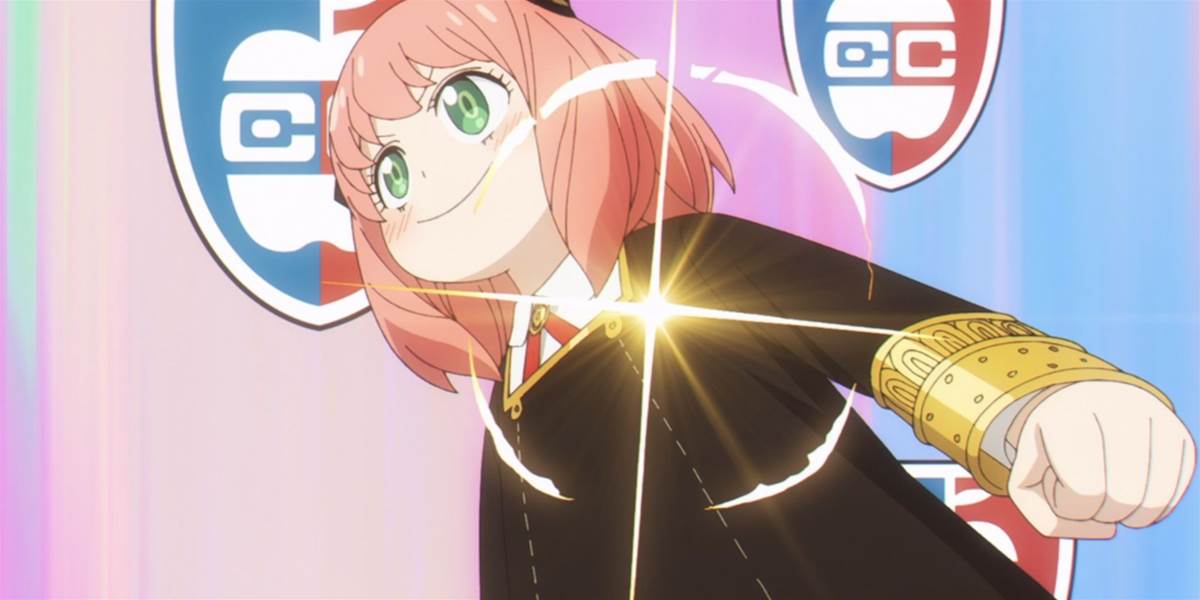 Operation Strix hinges on multiple factors, but the main one is making Anya Forger into an Imperial Scholar so Loid may enter into Donovan Desmond's inner circle. Unfortunately, Anya isn't the sharpest tool in the shed and is poor at choosing the right mind to cheat off of when it comes to important tests.

Like Eden Beginnings, the Stella Star Arc is a series of vignettes but this time it revolves around the coveted achievement and what factors into receiving one. The great dodgeball game is a fun moment and Anya gets to train with her super strong mama once again. This arc does indeed see Anya achieving a stella star but only when she isn't actively trying to earn one as she rescues a poor boy from drowning. 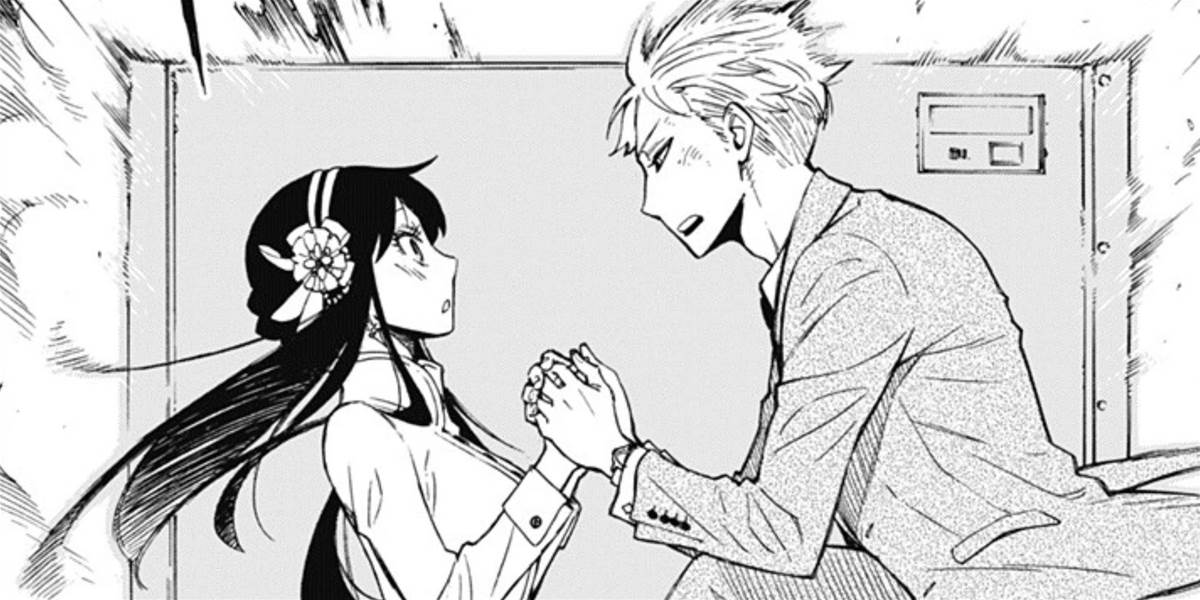 The one that started it all, the one arc that gave audiences , but successfully. All the central characters and conflicts are laid out in a fluidly entertaining way that anyone can pick up on it and enjoy the ride.

Iconic moments from Loid's proposal to Yor and Anya's quote of "waku waku" are all there in the first two chapters/episodes. It sets up the world in a way that anyone with a semblance of knowledge surrounding mid-century Cold War politics could easily grasp onto and find entertaining. This is the make-it-or-break-it arc and for a lot of folks, and it certainly hit the mark in getting them hooked on the kooky slice of family life. 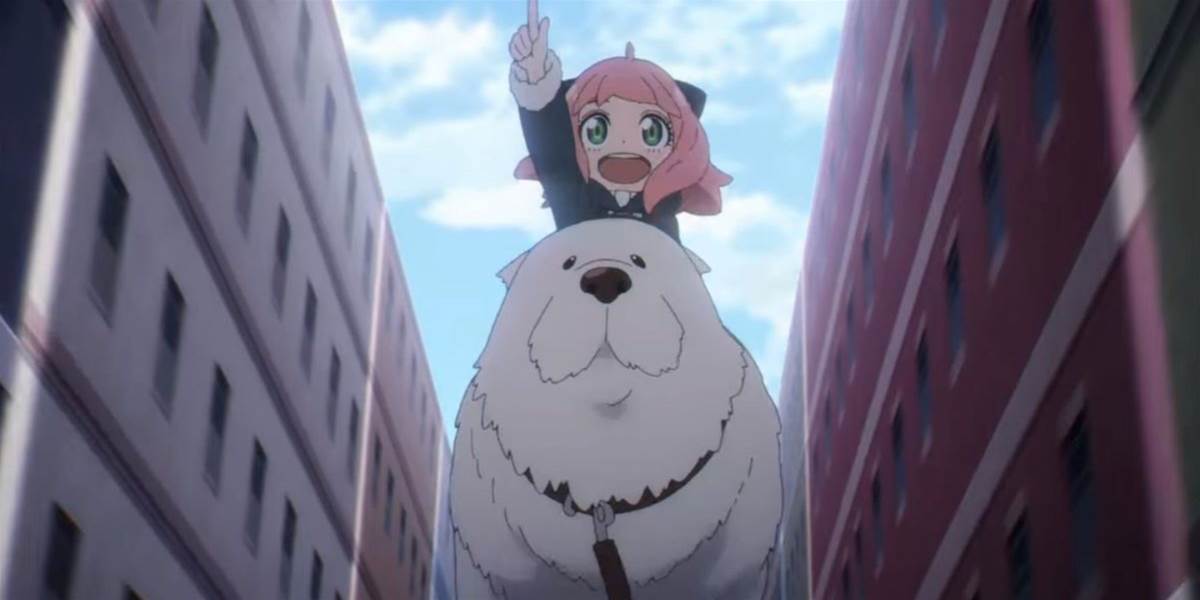 The second section of the anime has appeared to kick off by adapting this arc. This is the first arc in the manga to truly threaten the peace between Westalis and Ostania as a group of overzealous college students plot to assassinate a Westali Foreign Minister through the use of bomb-strapped dogs. Their goal was to reignite the global conflict between the two nations in all-out-war.

The arc is also important for its introduction of the final member of the Forger family, the clairvoyant great Pyrenees, Bond. for the Forgers. His team-up with Anya is easily the biggest highlight in the arc, as they strengthen each other's weaknesses in order to ensure world peace by thwarting the dastardly Ostani villains. 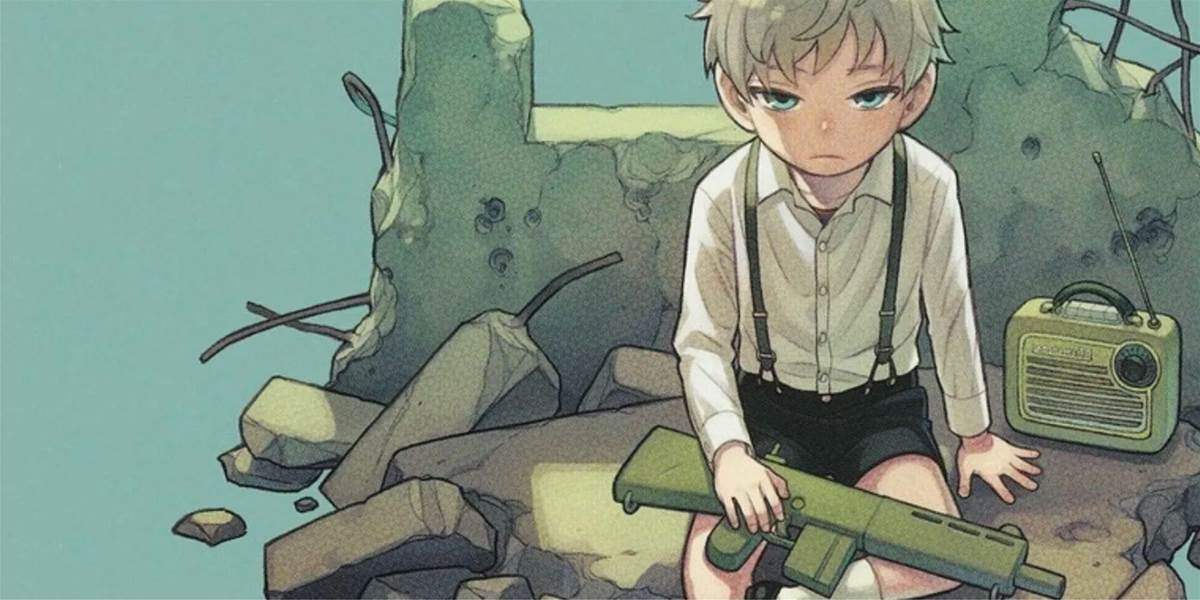 Flashback arcs can be a hit or miss, they can either be successful like Golden Age Arc or a failure like Gaimon's flashback. But Twilight's flashback to his childhood to early adulthood was a welcome storyline as it lays out not just his background but the entire Ostania/Westalis conflict.

Though it was hinted at in the Introduction Arc, Twilight's childhood was robbed by the horrors of war which turned him into the cold calculative man he is today. Without spoiling too much, this arc is easily the most heartbreaking and bleakest among all the other arcs the series has had to offer so far. 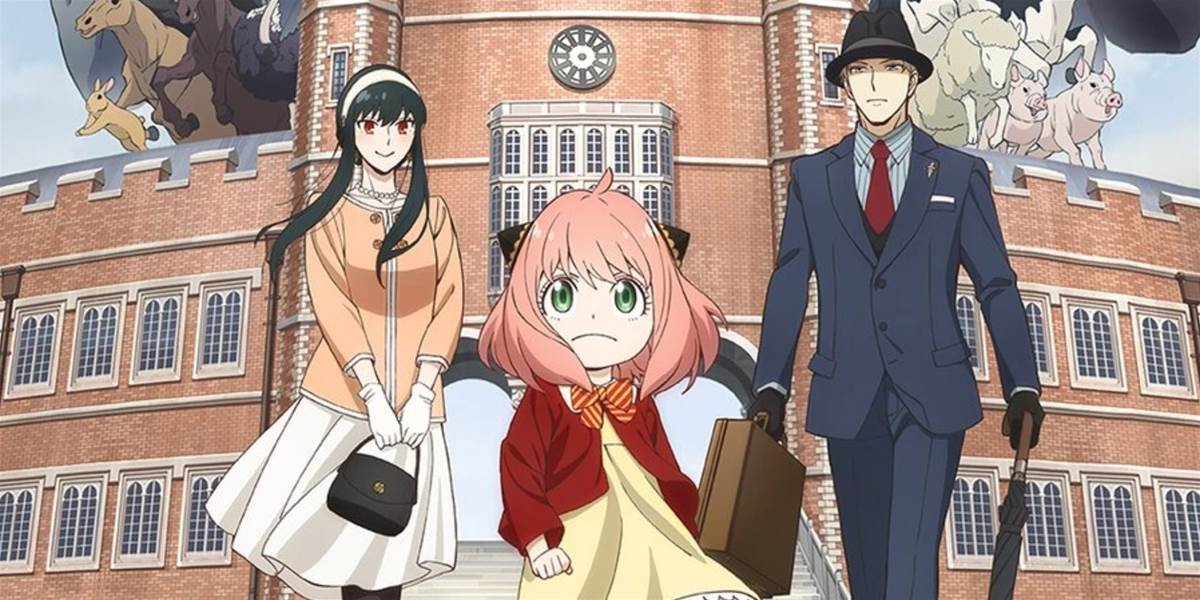 The arc that solidified it all for most fans. This was the one where all of Agent Twilight's efforts would bear fruit as he and his "family" undergo Phase One of Operation Strix, succeeding in the interview process in order to get Anya admitted at Eden Academy.

The entire interview process is absolutely ludicrous as the students and their parents are held to unreasonable expectations just to get into a school. From posture, attire, and conduct these are all being held to scrutiny by the officials of Eden. The Forger's thankfully pass, but the entire process is laden with tension on whether the Forger's will succeed, to great storytelling effect. 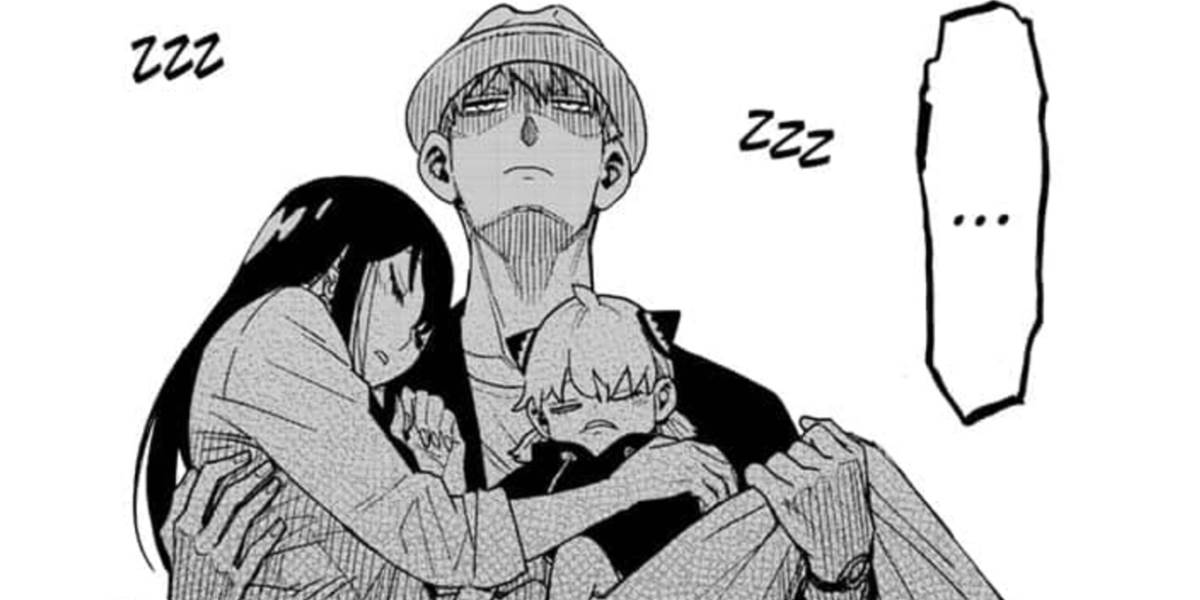 The most action-packed thrill ride the series had to offer, the Great Cruise Adventure Arc also boasts the most chapters so far as well. Most of these arcs deal with Twilight/Loid struggling to balance the work/family life and this is the arc that showcases Yor/Thorn Princess in that position.

All aboard the Princess Lorelei, a luxury cruise where the Forgers hope to enjoy a family vacation together. Unfortunately, Yor has to work as a bodyguard for a mobsters widow and son who is on the run from countless assassins who wish them harm. Yor fires off on all cylinders as she takes down numerous hitmen in both brutal and comedic fashion. The Great Cruise Adventure is the best arc to be featured in and the best remake of there is for readers to enjoy.