Leading ladies Chloe Love from Akissa Saike's and Lucy Heartfillia from Hiro Mashima's share the same magical powers! As every magical girl fan knows is that with every transformation there's an iconic outfit change that comes with it. Chloe and Lucy take it a step further in their transformative use of powers.

The new series by Akissa Saike () follows Chloe Love, a 28-year-old actress with aspirations of becoming a successful movie star. After a non-successful movie interview Chloe encounters Kai, a spirit and fan of her slim pickings acting career, the two quickly join forces and take on evil spirits as Chloe becomes Ghost Reaper Girl. In the same regard, 's Lucy Heartfilia is a young Celestial Spirit mage with hopes of collecting all 12 Zodiac Keys. Along her journey, after sparking a new friendship with future guildmate Natsu Dragneel.

Chloe and Lucy's magical powers are rooted in their ability to take on new forms through the use of spiritual possession. As a spirit medium, Chloe's body acts as a medium for spirits, that allows her to take on new forms, resulting in various (cute) outfits, based on a spirit's abilities and personality. Lucy specializes in Celestial Spirit magic, a type of spatial magic that allows her to summon Celestial Spirits by using magical keys to open gates. She can also harness the by placing its key on her chest and transforming herself into a new matching outfit of the Celestial Spirit. These spiritual possessions also act as partnerships since Chloe and Lucy are known to partake in contracts with their spirits. 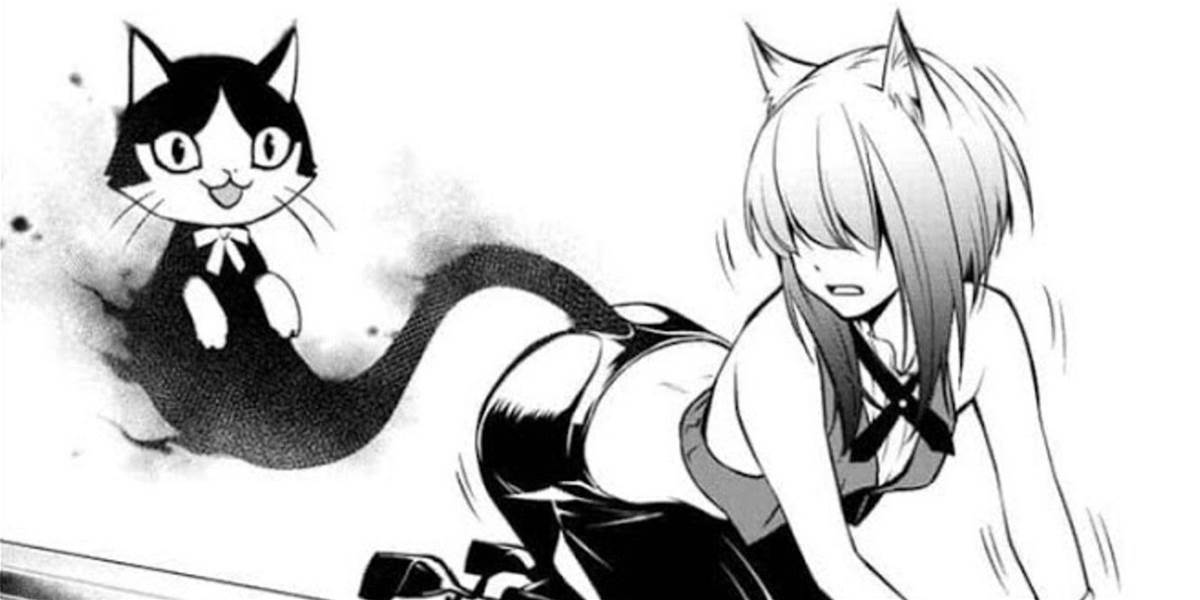 In Chloe's first possession transformation by Kai, she's transformed into an outfit similar to her Ghost Reaper Girl tv show costume as Kai was a fan of the show. In this new form, Chloe can heal possessed humans (and corrupted spirits) with her special move , by slicing through an evil spirit's soul with her Scythe, leaving the human unscathed. In her second form with cat spirit Noel, with cat ears and a tail that grants her the agility of a cat. Lucy's magical spell "Star Dress" grants her the abilities of any Celestial Spirit's power and enhances her magical power. As she grows stronger in her own natural power, Lucy's able to take on many forms continuously, and in she's seen merging more than one form together in her Star Dress Leo/Virgo form.

Chloe and Lucy also share similar spiritual markers from their spirits as Chloe's scythe and tail are manifestations of spirits, Kai and Noel, as they are often seen talking to her from them. When in is marked with a Zodiac Celestial Spirit's symbol like a tattoo, although the placing of the marker may depend on a Celestial Spirit's preference (or maybe Hiro Mashima). Regardless, 's Chloe and 's Lucy share the same powers as stylish magical girls.