When Lucius used his Soul magic to transform Sister Lily into one of his evil Paladins, fans took notice that her attempt to kill Asta instead transported him to Yami's home country of Hino. At first, there was very little linking Sister Lily to Asta's unexpected teleportation until Asta saw a vender selling nomotatoes, a crop many fans and even Asta believed to be native to only Hage. Sister Lily had been known up until that point to having cooked or helped prepare Asta's favorite dishes of nomotatoes growing up, and since Sister Lily's past was still relatively unknown at the time (and still is), fans wondered if she could have originally come from Hino and brought nomotatoes with her to Hage to start a new life. If she did then to protect him from Lucius.

But in chapter 343 ofby mangaka Yūki Tabata, Sister Lily and two other Paladins suddenly appear in Hino Country to hunt down Asta. And the first thing out of nowhere is, "" 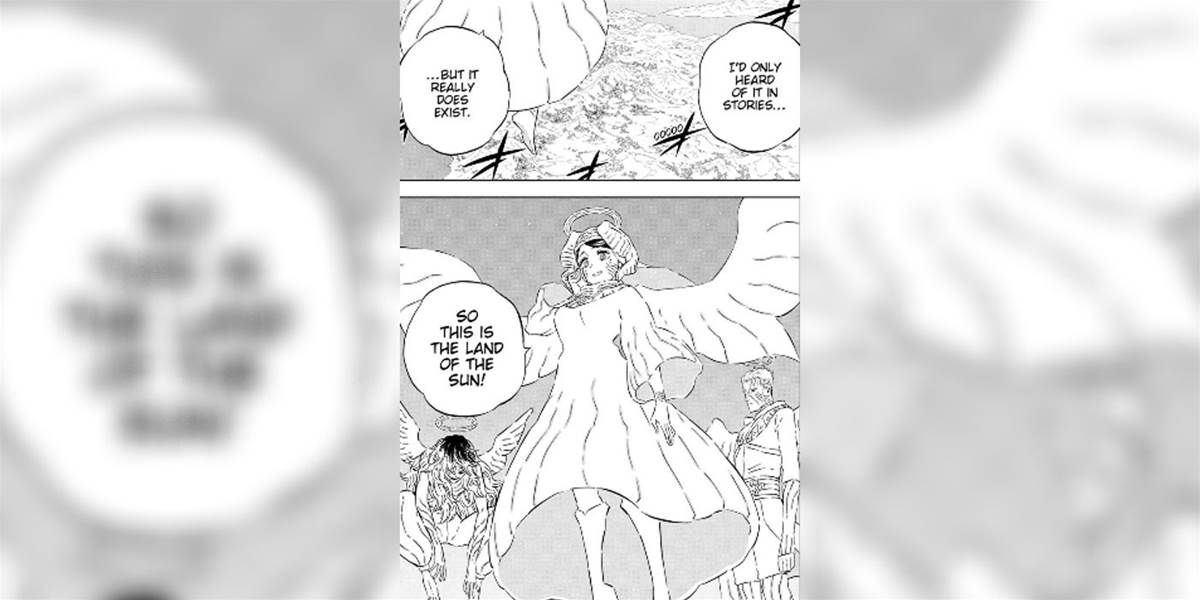 Of course, Sister Lily could just be saying this to feign ignorance on the matter to further distance herself from being the one responsible for transporting Asta there. Lucius Zogratis did clearly intend for her to destroy him after all. For how could she teleport Asta somewhere she never knew existed until that very moment? But all readers can go by is what she actually says, and she's clearly expressing surprise that she's in the Land of the Sun. Because of this, Sister Lily won't try to hold back in killing Asta, which will in turn force Asta to fight back, increasing the likelihood that Asta will be forced to fight her. The fact that immediately preceded this confrontation with was a wise creative decision that could make their fight even more tragic.

Although this development sets up a potentially intriguing story for Asta, readers are now back at square one in regard to who could have possibly transported Asta to Hino Country if Sister Lily truly tried to kill him. Some fans could have suspected that Hino's Wizard King equivalent, Ryu, might have been responsible, but recent chapters have proven that and doesn't possess any magic himself. With this mystery still nowhere close to being answered, readers must instead deal with Asta having to fight against the woman he loves. Luckily, he has the Ryuzen Seven there to help him in .