Warning: SPOILERS for One-Punch Man chapter #172Saitama's next foe in could not be a monster, but an : Metal Knight. This mysterious character has already proved to have a hidden agenda, and now that he has become aware of Saitama's incredible power, a confrontation between the two could be coming next.

In , S-Class heroes stand at the top of the Heroes Association as the most powerful individuals in the world. They include a variety of different characters, from martial arts masters such as Silver Fang and Flashy Flash to cyborgs like Genos and Drive Knight. The series has introduced all S-Class heroes but, with the exception of , no one is as mysterious as the one called Metal Knight. Ranking at no. 6 among the S-Class, Metal Knight is actually a scientist called Dr. Bofoi, who remote controls advanced robots and other high-tech weaponry, and who could actually be a huge villain waiting for the right moment to make his move.

Chapter #172 of is still dealing with the aftermath of the long and epic battle between the Hero Association and the Monster Association. After Z-City was destroyed, and with an increasing number of monster attacks happening all over the world, the Hero Association built a new Hero Apartments complex to house the richest people in the world, along with pro heroes of A-Class and higher to guarantee security. Saitama, thanks to his new promotion to A-Class Rank 39, also moves into the new complex, followed by two and Oversized Rover (which Saitama believes are simple pets). When the defense systems of the Hero Apartments detect the monster, they trigger and attack the group, only to be easily destroyed by Saitama.

Why Metal Knight Could Be Saitama's Next Big Villain 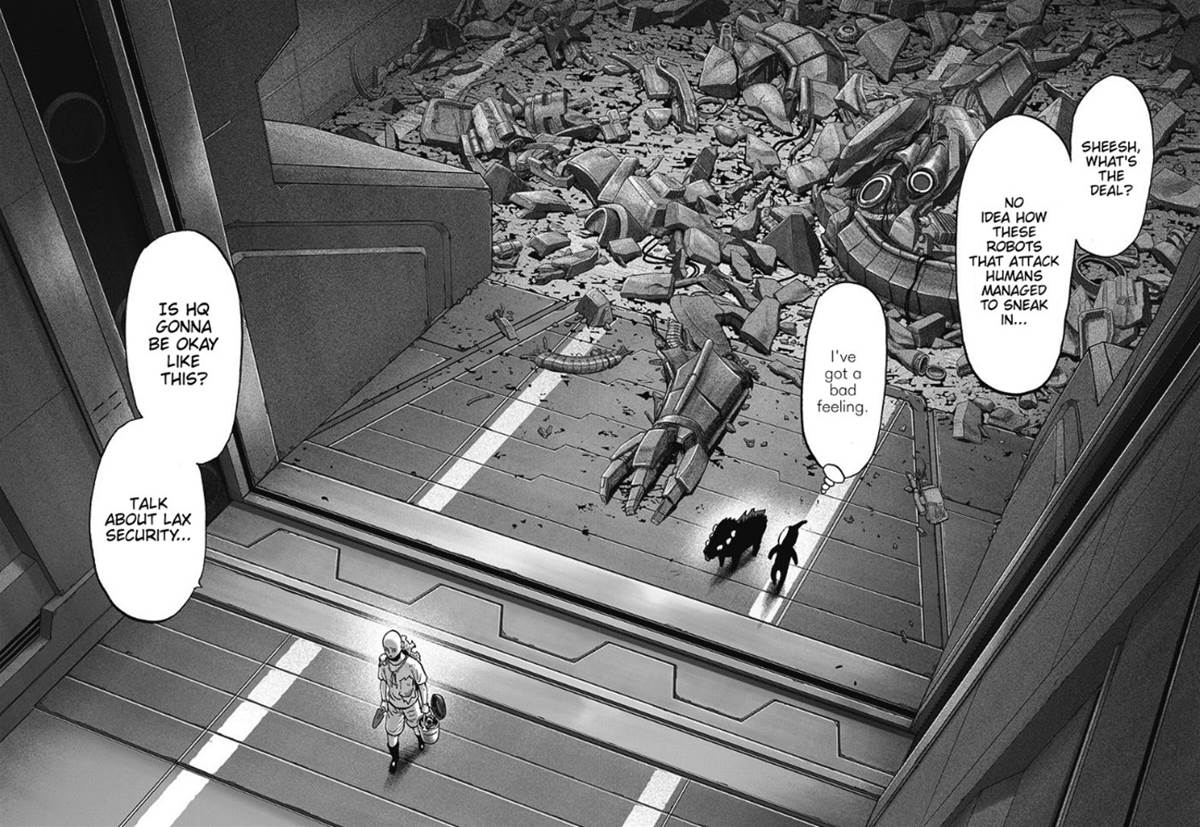 The defense systems, however, have been built by Metal Knight. According to what happens in the original webcomic, the Rank 6 hero is monitoring everything that happens in the Hero Apartments, and from his surveillance he finds out about Saitama's incredible strength, which is still unknown to most heroes. This would not be an issue, if it weren't for the fact that, according to Drive Knight, Dr. who intends to achieve world domination using his robot army. While this claim remains unsubstantiated, Metal Knight has shown many times the behavior unfitting of a hero, caring about testing his weapons and acquiring new technology more than he does for other people's safety. If he actually turns out to be a villain, he will likely see Saitama as the first target to eliminate due to his strength.

While in theory Metal Knight lacks the power to be , the mysterious hero has been acquiring powerful new technology, first by claiming the remains of the spaceship of the Dark Matter Thieves, and then by sweeping up the remains of the Monster Association battle. It will be interesting to see if future chapters of will prove fans' suspicions true and actually set up Metal Knight as Saitama's next big villain.