Warning: SPOILERS for Black Clover chapter 341A member of the Hino Country's Ryuzen Seven just introduced in is pandering to one of worst character types - the lecherous creep.

isn't the first manga to incorporate this type of character, nor will it be the last. Although mostly harmless, some of these perverts go too far in their exploits and end up making light of very serious problems in today's culture. Some of the most iconic perverts include Master Roshi from and, more recently, 's Minoru Mineta. From a less-known series, MANGA Plus' who is, unfortunately, being positioned as a new member of the series' core group of heroes.

Inchapter 341 by mangaka Yūki Tabata, three members from Hino Country's most take center stage. And Daizae-mon O'oka is most assuredly the problematic one. When commenting on the attire of the trio's female member Komari Imari, Daize-mon goes out of his way to say how it's arousing that her clothing leaves nothing much to the imagination. The whole inappropriateness of the situation is exemplified by his face flushing and the sounds "Ah! Ha! Ha!" appearing around him, which create the impression he's panting. 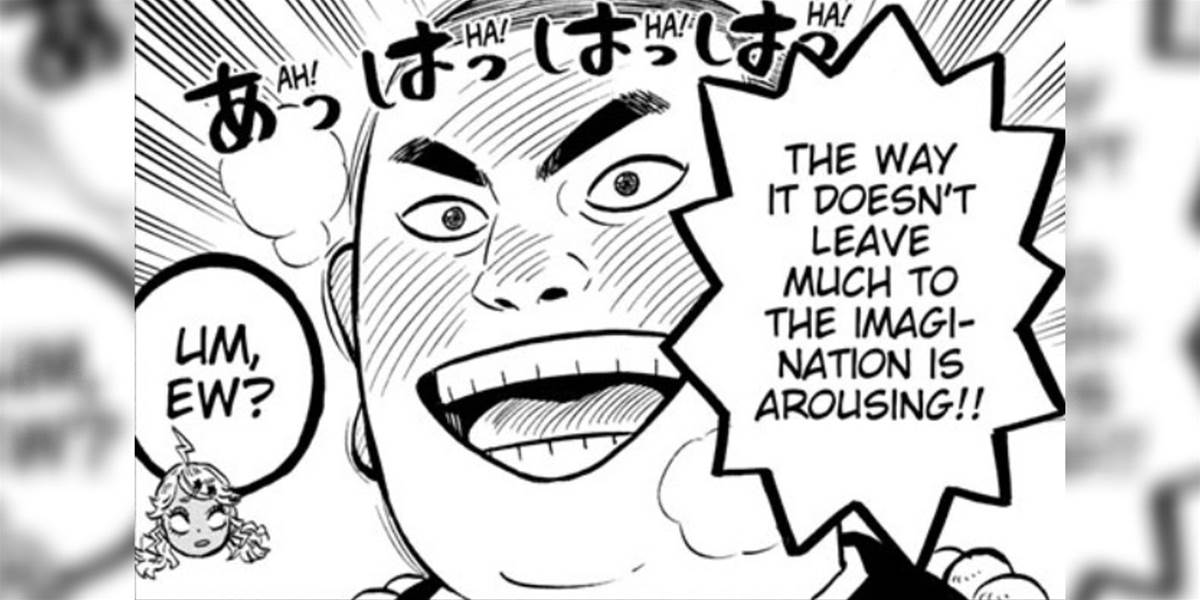 Although Komari's "Um, Ew!" remark helps position Daizae's reaction as something gross, the comical nature of the scene negates any gains that may have been made from her reaction. Luckily, Daizae most likely won't be a mainstay, nor does he actually try and physically touch Komari. But the act of straight-up commenting on someone's clothing like this is still wrong. Besides Daize-mon, there are a few more characters in who have some questionable habits.

The more innocent of them is the Green Mantis' Sekke Bronzazza who is a determined flirt but doesn't make any distasteful sentiments or actually harass women. He just doesn't hide when he's interested in someone and oftentimes lies about his exploits to gain their attention. Meanwhile, , Gauche is just plain gross and plays part of a different unpleasant trope in manga. There's a difference between being obsessed with your younger sister and what Gauche does. His sister complex is borderline incestuous. Although taboo and distasteful, such an obsession is extremely rare, and "glorifying" such habits won't justify people's actions in the real world. It's just there for shock value and satirizing an older brother's genuine love for a younger sister.

The same can't be said about the many annoying perverts in 's manga series. Harassment and assault are very real and present dangers in today's society and making light of them can and most likely does cause harm in the real world. Although not a justification, at least Daizae won't b e a major focus in , unlike other series' perverts such as 's Sakata, which will subject readers to these types of characters more often and most likely quite aggressively. Readers can only hope that Daizae will "just" keep his inappropriateness to himself unlike other Shonen Jump hereos in future chapters of .