has been a big hit this year, already returning to TV for its second part. The anime about a spy starting a family has been a refreshing addition for fans of action and casual anime alike. Part of this is due to the fact that the paternal head of the family, Loid, is such a great dad, and watching his misadventures in parenting never gets old.

Still, there are plenty of great anime dads besides him. These characters run the gamut from being secret agents to just normal dads. They might not all be good men, generally speaking, but they are always good dads to their children, both adopted and biological. They love their kids and families, and anime fans love them for it. 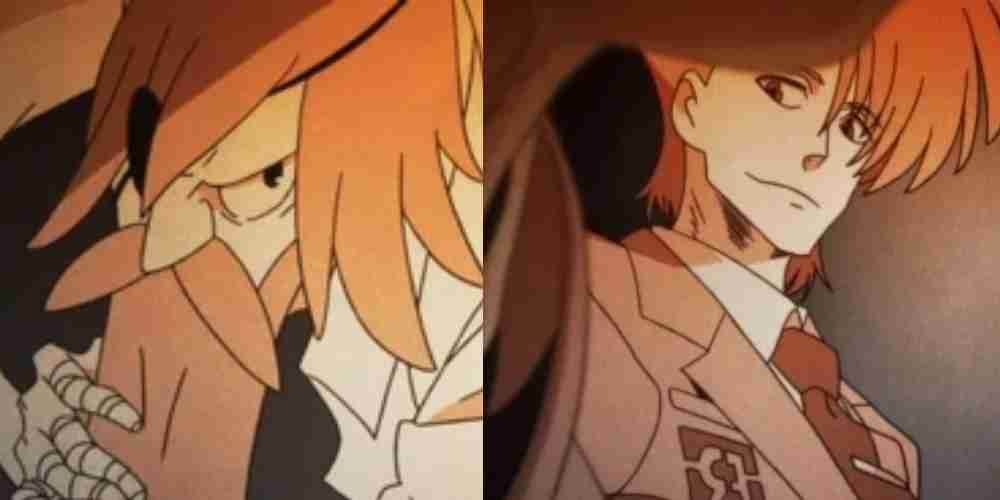 Isshin Matoi might not seem like dad of the year material at the start of . While Ryuko is avenging his death, it's clear that the two weren't close. They spent a lot of their time fighting, and he kept many secrets from her. But the ending reveals the true depth of his love for her.

He was actually Soichiro Kiryuin, the husband of the villain Ragyo Kiryuin. When Ragyo experimented on their infant daughter, Ryuko, he stole her and hid her away. He then spent years building a weapon and organization to protect Ryuko and save his other daughter, Satsuki. His well-laid plans ended up saving his daughters, even if he couldn't live to see it. 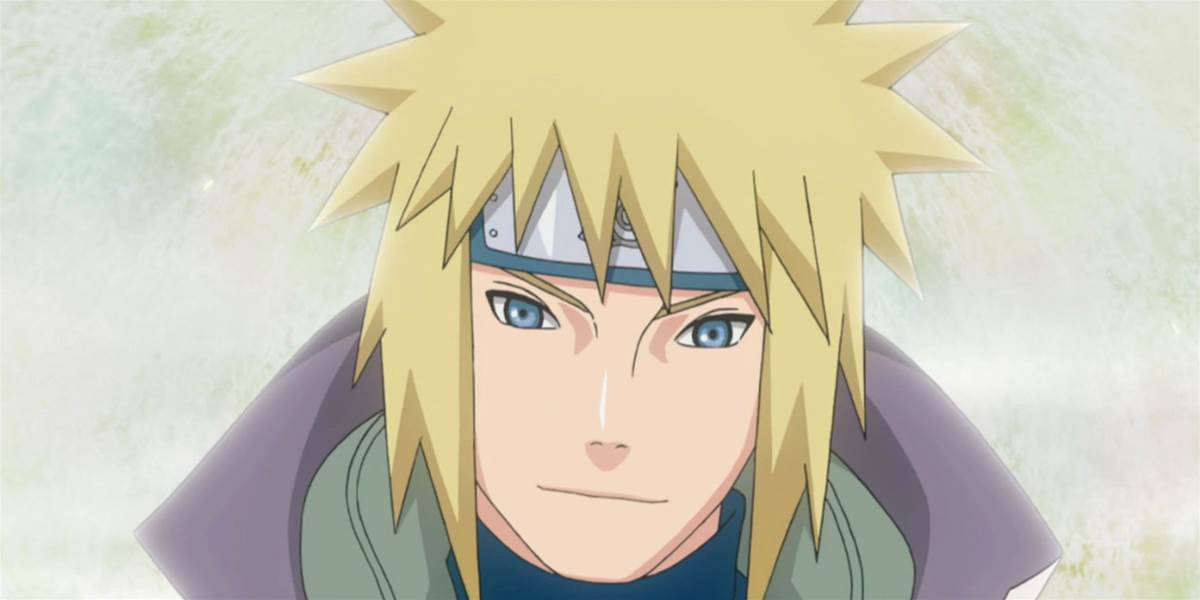 There are a lot of fathers in . Even the title character has become a father, although some dislike . Naruto's own father was also quite distant, but he gave his life to protecting his son from the nine-tailed fox demon.

Despite also being the fourth Hokage, in his last moments, his thoughts were only on protecting his son. While he did seal the demon inside his son, this was a last ditch-effort to save him. He also sealed some of his own chakra in there, as well, to forever look after his son. 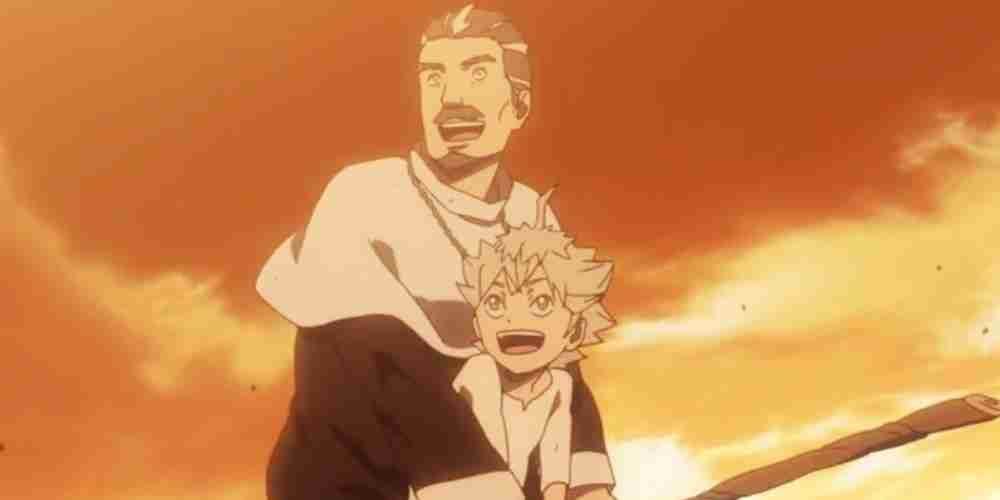 Adopted fathers are just as valid as biological fathers. Fans of know this well due to flashbacks of the main character that center around his adopted father, Orsi. Orsi was the head of the orphanage where protagonist Asta and Yuno grew up. When nobody adopted them, he became their default foster father.

Orsi isn't a character with a ton of screen time. He also lacks fighting or magical abilities, which leaves him out of battle sequences. Instead, his influence is felt through his son Asta's positive outlook. Flashbacks show Orsi as kind and loving, and fans hope he and Asta will reunite someday. 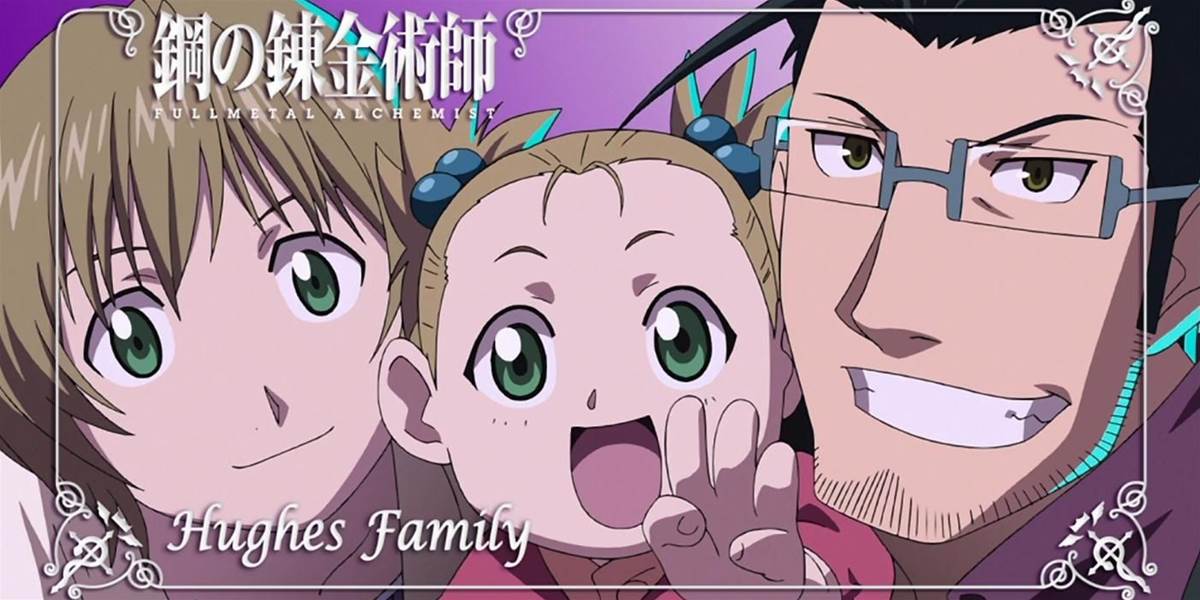 has its share of iconic fathers. The father of the Elric brothers and the antagonistic father are some of the most complex characters in the anime, but they aren't great dads. Instead, fans turn to the perennial family man, Maes Hughes.

Hughes is a higher ranked member of the military of Amestris. He's a real maverick, who is determined, alongside his best friend Roy, to change the system from within. This is when he's not gushing constantly about how adorable his daughter is, though. He unfortunately passes away early in the show, but his love made him memorable, even past the show's end. 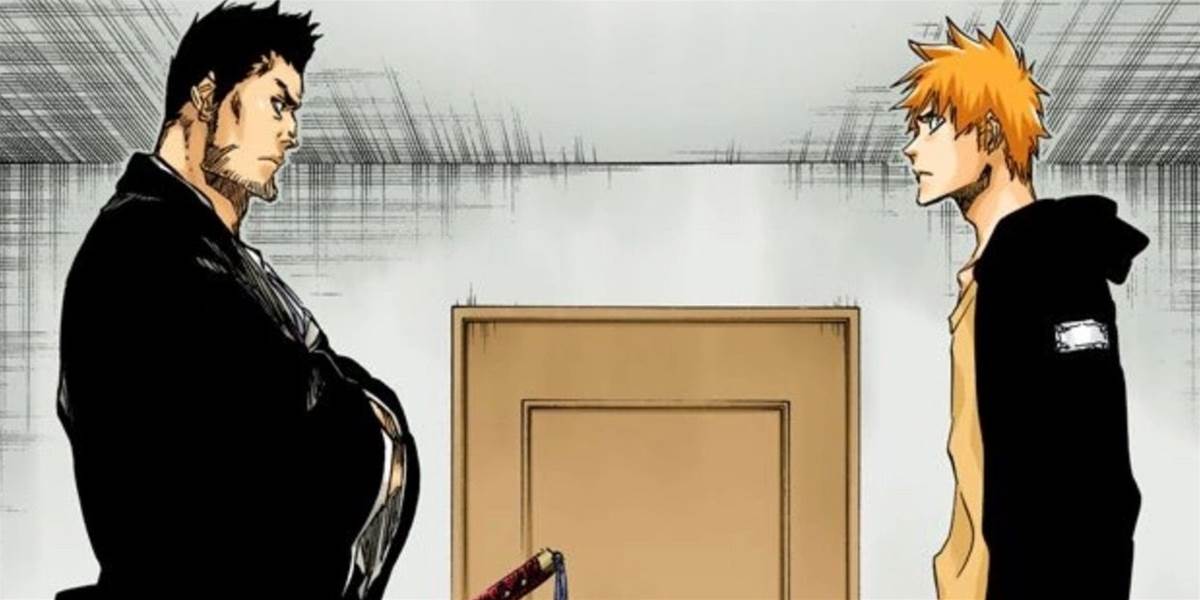 When viewers were first introduced to Isshin Kurosaki, they probably thought he was a joke. He was the goofy and oblivious dad who had no idea what his son was getting up to. Additionally, he sometimes could be quite violent with him. Little did they know there was much more beneath the surface.

All of his antics actually concealed and his obliviousness and violent tendencies were actually stealth lessons for his son. When he finally came out of retirement, it was a spectacle to see and one of the most impressive moments of the show. 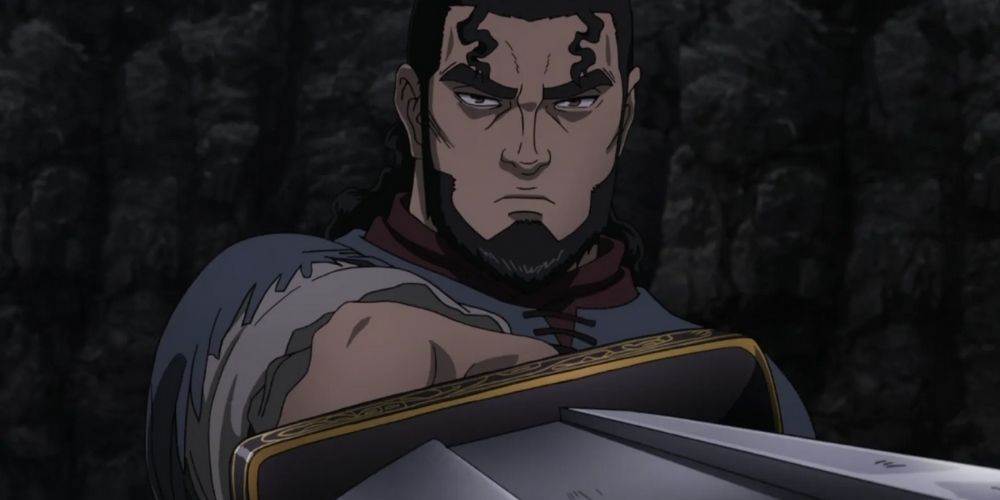 Unlike Isshin, Thors wants his son, Thorfinn, to become nothing like him. Thors was a Viking warrior who would go on untold raids, fighting until the last breath, and he was considered perhaps the . However, this wasn't just because of his fighting expertise.

What made people realize his strength was his character. Once he married Hilda and had family with her, he had a realization about responsibility. He decided to throw away his sword and move to protect and be with his family. It's a noble pursuit, and the first few episodes of actually present him as the protagonist because of it. 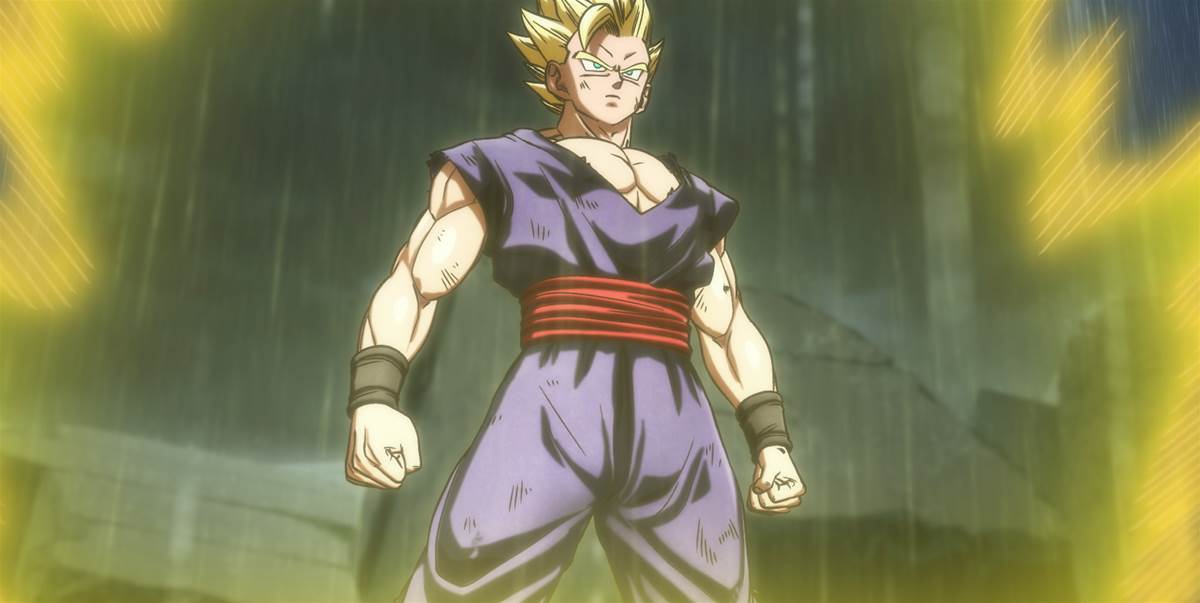 is also a series with a lot of dads. Goku himself becomes a father to his sons, Gohan and Goten, but he's often oblivious and absent. This isn't his fault, but there are much better dads in the show, like Krillin, Grandpa Gohan, and even Son Gohan.

After the events of , Gohan married his love interest, Videl, and had a daughter with her named Pan. He's always doting on her, although he sometimes gets too distracted with work to pay her attention, but she doesn't mind. This is seen in the movie. When she's in trouble though, he comes to her aid and lays a beastly beatdown on the new villains. 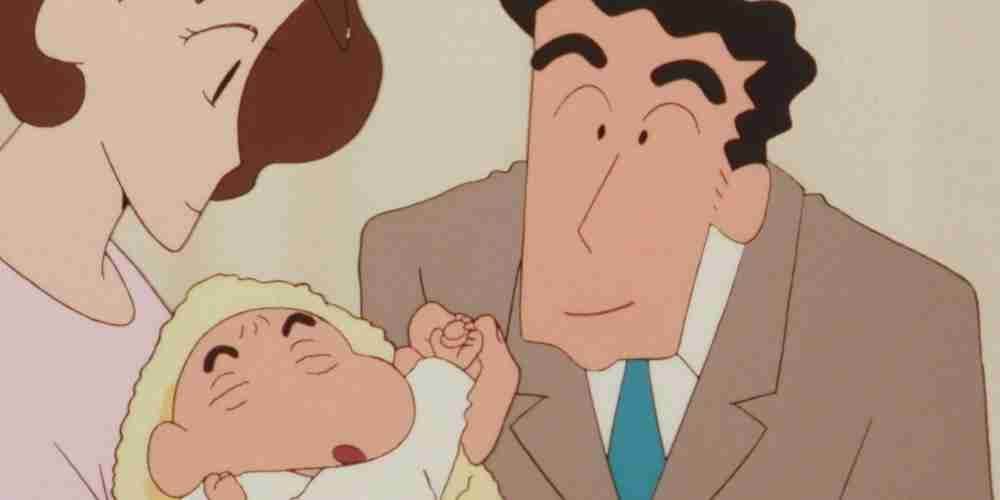 A lot of dads in anime are usually secret badasses with magical powers. Nohara Hiroshi from is just an average everyday salaryman, in contrast. There are no secrets about him. He's just a regular dad trying to support his wife and son.

But it's the way that he puts his all into supporting his family that makes him one of the best dads in anime. Whether it's pretending to be Darth Vader with his son or working his bone-crushing job, he gives it his all. Crayon Shin-Chan has been on the air since 1992, and fans still haven't gotten enough of this dad. 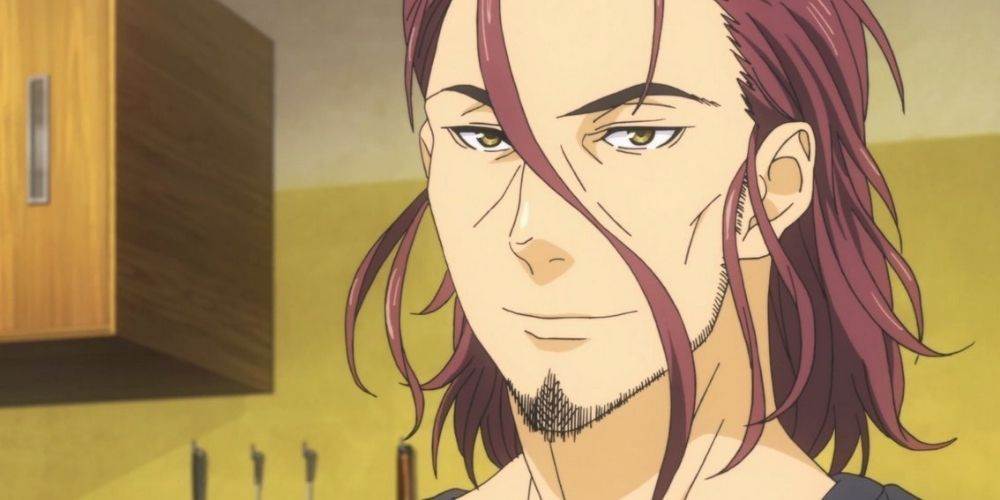 Soma Yukihira from is . But he would never have got there without his father Jouchirou.

Much like Isshin, Jouchirou can be a bit coy when it comes to dealing with his son, but his cryptic advice comes from a place of true belief in his son's abilities as a chef. Jouchirou was a world-traveling master-class cook, but he knows that his son has the ability to become just as good or better. He even closes down his restaurant to avoid stealing his son's spotlight. 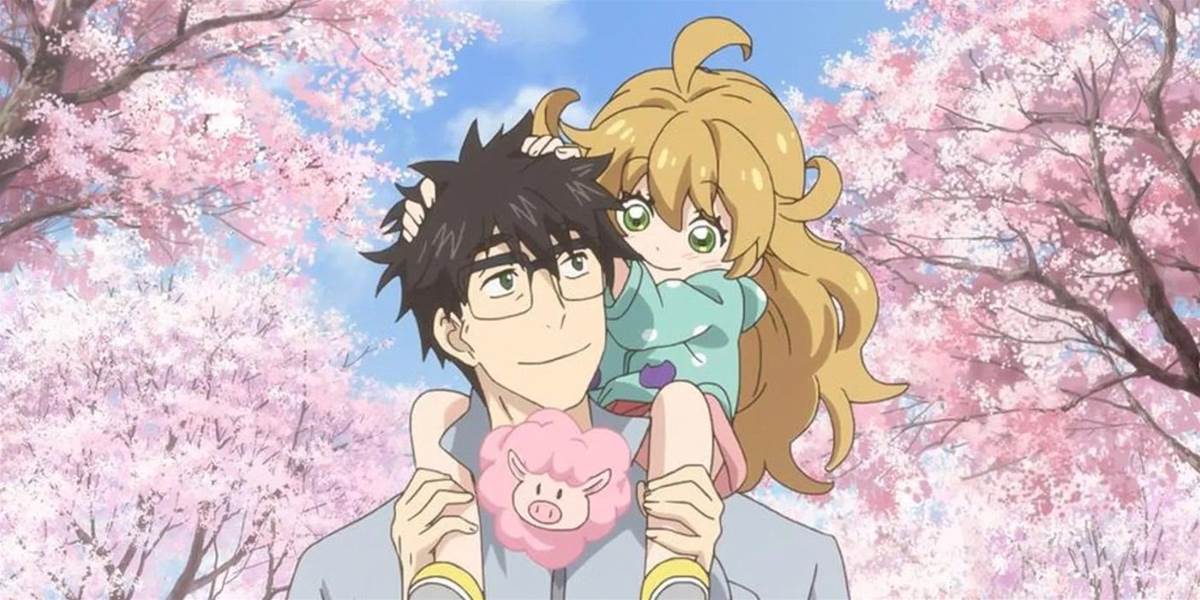 There are few anime more cozy and comforting than . This relaxing slice-of-life show is all about an adorable family going about their business. While a lot of the cuteness comes from the daughter, Tsumugi, the dad is also quite adorable. He's a single parent who is raising Tsumugi alone after his wife passes away.

While that is quite sad, Kouhei does his best to push on every day anyway. In addition to raising his daughter, he's also working as a teacher full-time. Through bonding with one of his students, he learns how to cook meals for his daughter. The story is mostly about him learning to adapt to the needs of fatherhood, and it's always lovely to watch him try his hardest.