When it comes to colorful character designs,  has succeeded in introducing a diverse cast, each with unique traits and personalities. What makes the anime so special is the unpredictable yet lovable designs such as the "Panda who isn't a Panda" that manages to catch everyone's attention. Unsurprisingly, fans of the series have shown a preference for specific characters.

The powers of the characters in the anime are no joke as well, and fans seem to enjoy it every time they see each character's unique cursed technique. With so many charming, strong, and well-designed characters in the series, fans can't help but have their favorites. There are vague spoilers for the anime up ahead! 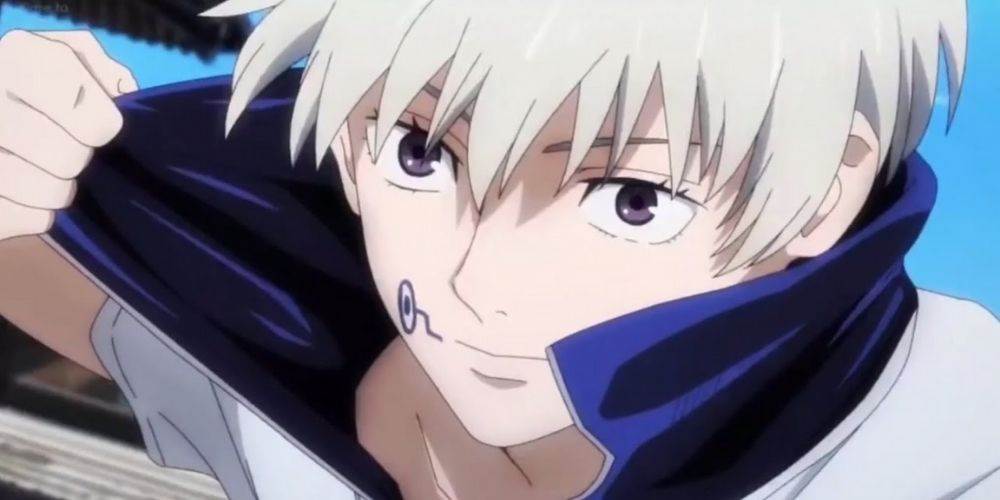 Toge Inumaki is not a man of many words. Being a member of the Inumaki clan, Toge was able to inherit a cursed technique that incorporates cursed energy with his words, which then compels those who hear him to do whatever he says.

The cursed speech user has become popular with fans thanks to his shy but heroic demeanor. What's more, there's an air of mystery with Toge since he barely talks in the series to avoid cursing his friends. 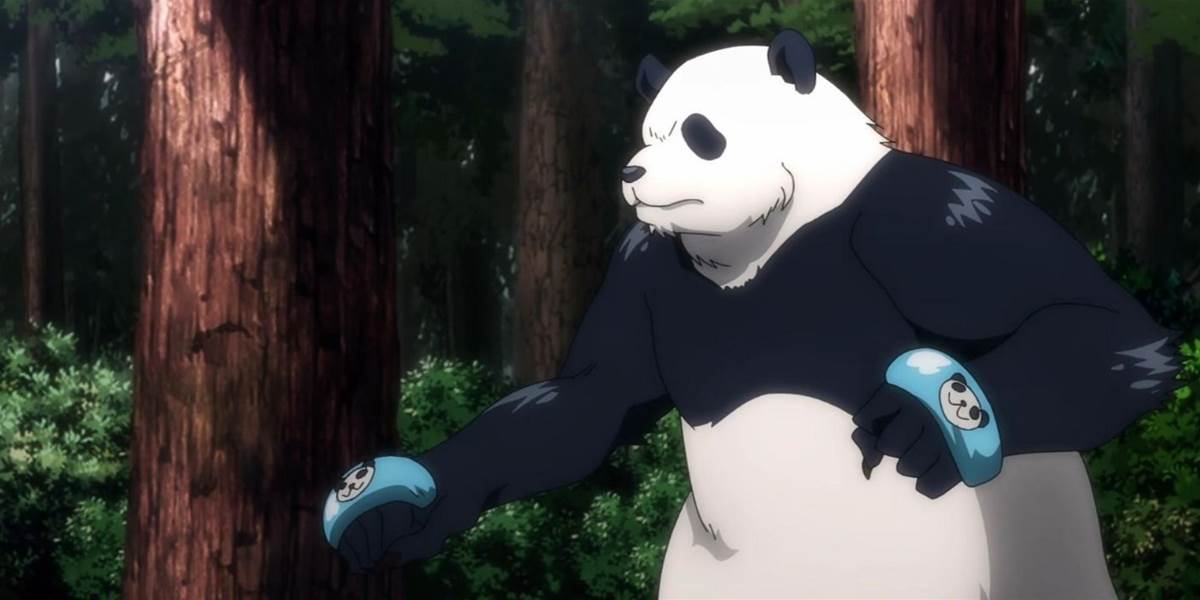 It's easy to see why Panda became one of the most loved characters in . Aside from his adorable character design, Panda has a cheery and upbeat personality. What's more, Panda is known to crack jokes, even in the direst situations, like when he was being hunted by his fellow student Mechamaru.

In the series, it is shown that Panda is actually a cursed corpse created by the school principal Masamichi Yaga. However, it was revealed that Panda was a mutated cursed corpse, which explains why he was able to "grow up" and develop a lovable personality. 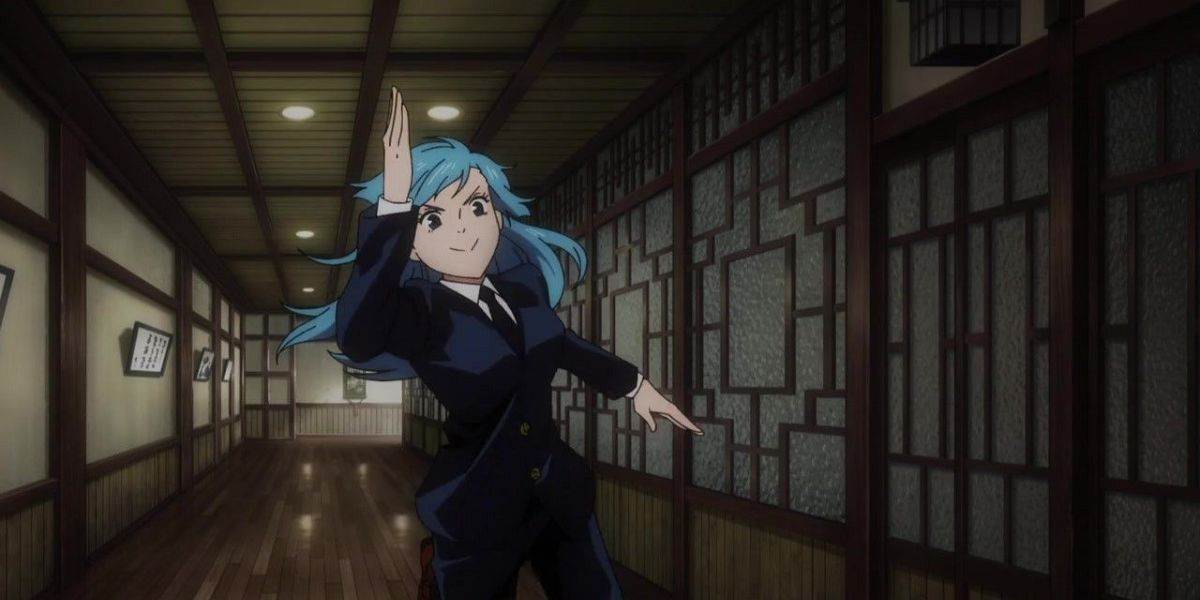 Fans consider Kasumi Miwa is one of the most normal characters in since she's not blessed with an innate technique. Despite that, she can still defend herself in battle as she is a grade 3 sorcerer who knows how to use New Shadow Style swordsmanship techniques.

Due to her normalcy, Miwa tries to do her best and works hard to be a sorcerer, unlike some of her classmates who are born with special cursed techniques. Viewers of the show also find Miwa to be relatable because she sees sorcery as a way to make money and support her family. 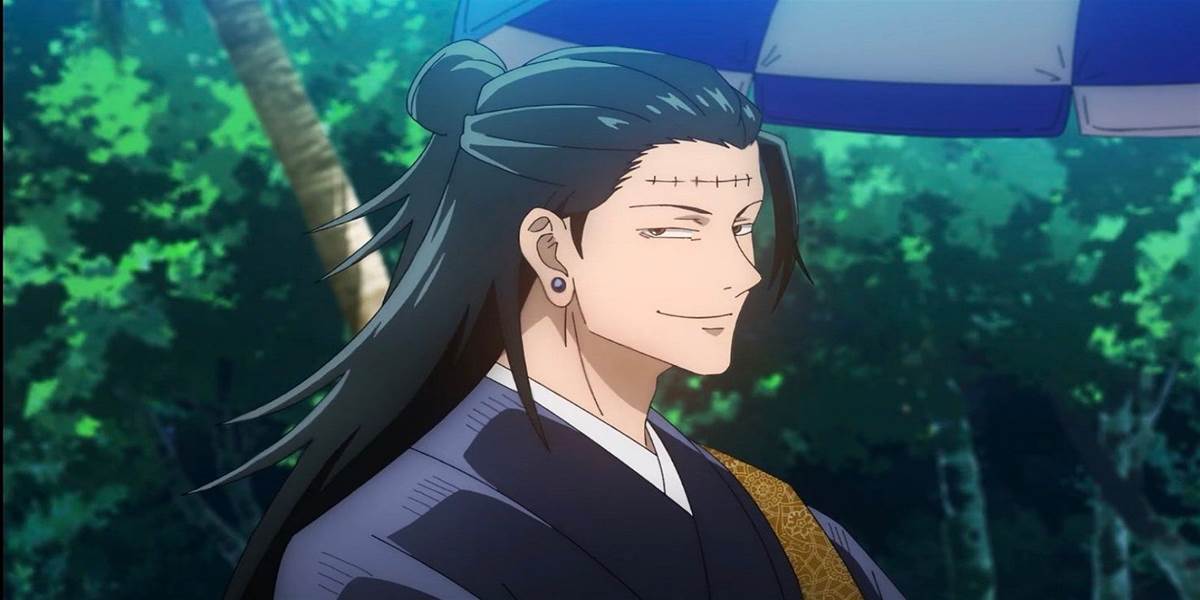 Despite being the main villain during the first season of , Suguru Geto was still able to charm his way into the hearts of fans. The former Jujutsu High student aims to eliminate curses by killing all non-sorcerers. To this end, Suguru has decided to exploit other cursed spirits like Jogo and Hanami.

Fans enjoy Geto as a villain because he was still able to show nuance and has a justifiable villain origin story. What's more, Geto is a powerful cursed technique user who can hold his own against strong opponents like Satoru Gojo. 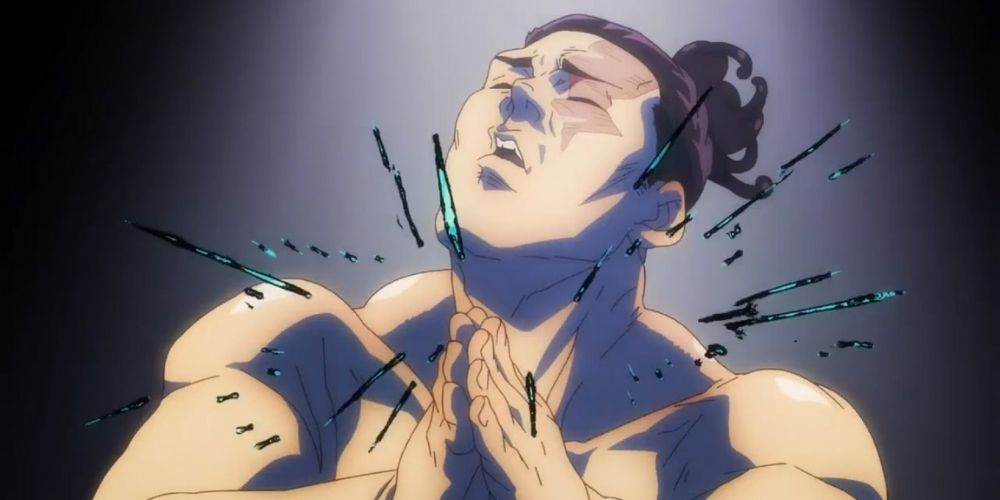 The powerful third-year from the Kyoto Prefectural Jujutsu High School is one. When he was first introduced in the series, Todo seemed menacing and intimidating. However, he soon formed a strong bond with Yuji Itadori, after it was revealed that they have the same taste in women.

Todo's personality quickly shifts from being a war-crazy sorcerer to an intelligent strategist. This seemed to capture the attention of fans, as many find him to be a complex and powerful character. 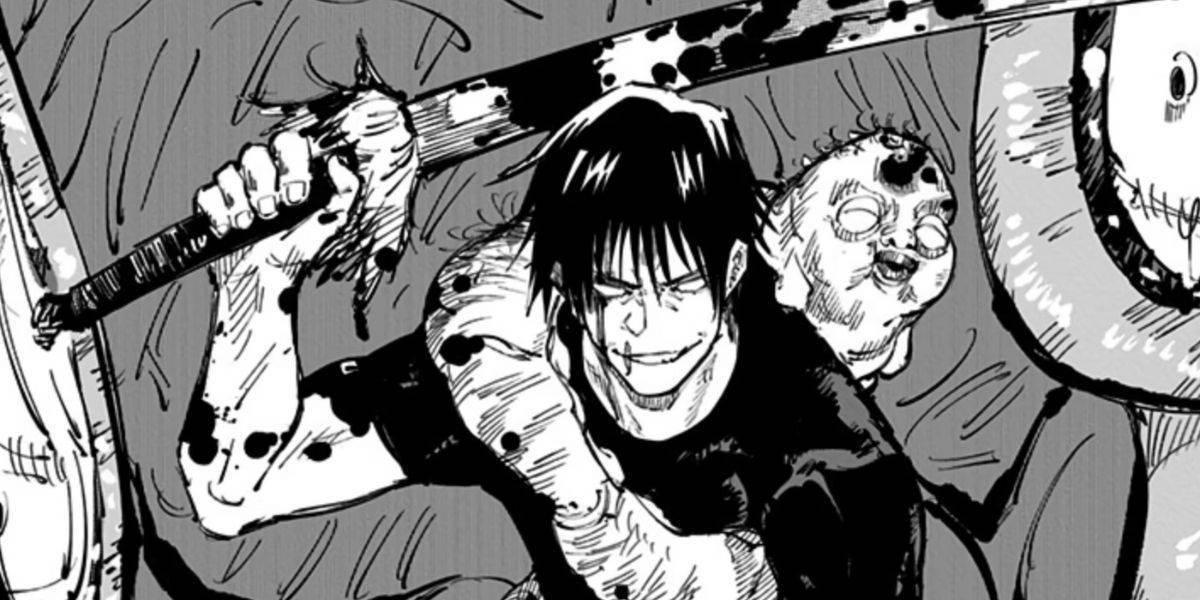 Infamously dubbed the "Sorcerer Killer," Fushiguro Toji is a former member of the Zenin clan who is a non-curse user and has no innate talent for jujutsu. With his sensual muscular build, black hair, alluring green eyes, and a sharp scar on the edge of his lips, he attracts many fans who swoon at his looks.

Toji's traumatic past in the Zenin clan, complicated relationship with his son, and his seemingly cold, calm demeanor led many fans to become enthralled by him. 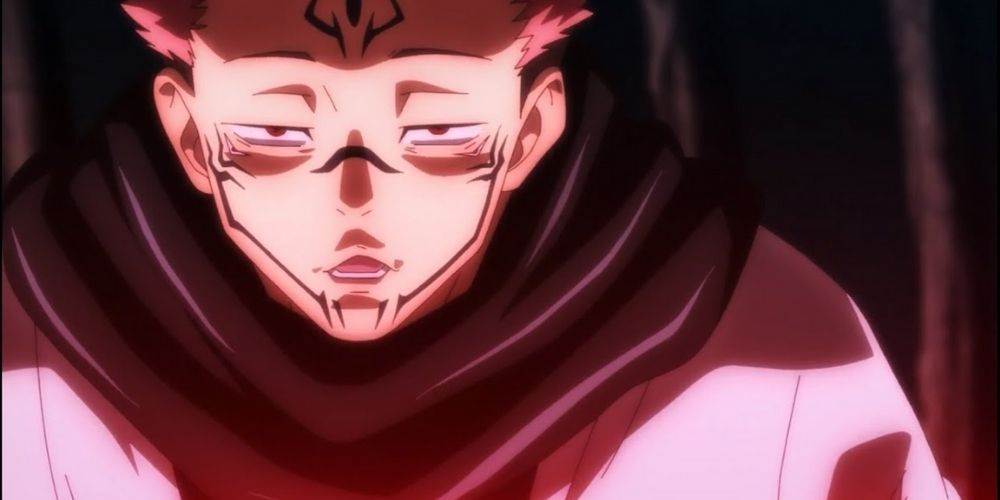 Despite Sukuna's reputation as a malicious cursed spirit known to be the "King of Curses" who possesses incomprehensible power, he is bound to his host, unable to completely take over Itadori's body.

Sukuna is selfish, cold-hearted, immoral, rarely cares about the consequences of his actions, and enjoys taunting Itadori or watching him suffer. However, fans have taken a liking to this inherently evil being as he seems to have a soft spot for Megumi and many are curious as to why that is the case. 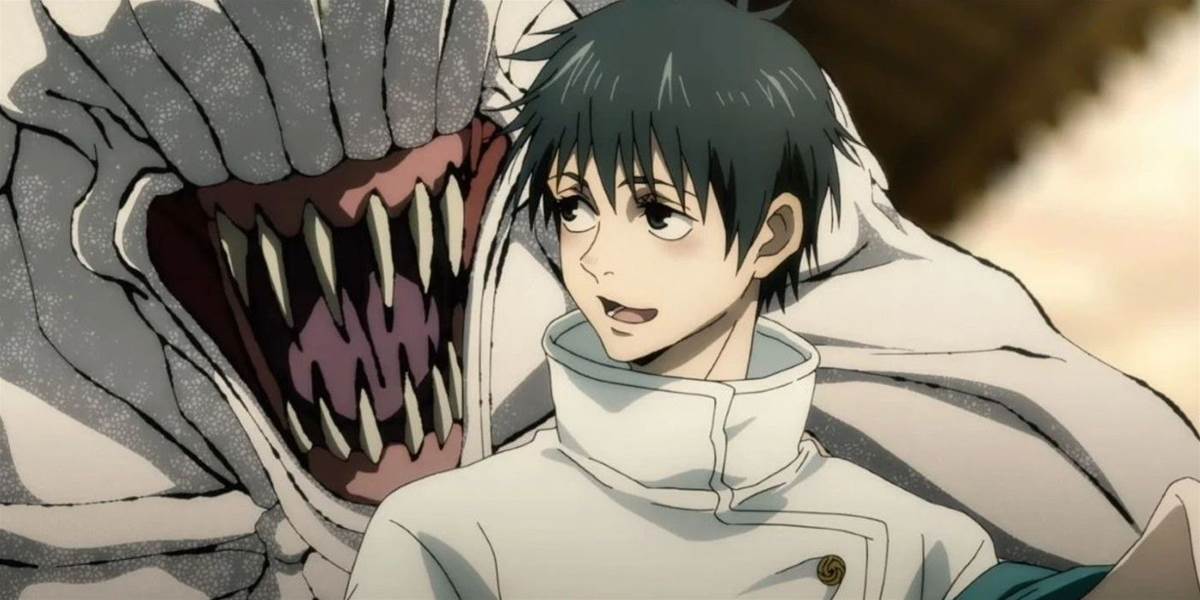 Yuuta is a sorcerer that lacks confidence in himself as he had a history of being bullied and was an isolated, friendless person before befriending the second years' Maki, Toge, and Panda. There was much debate about where his loyalties stood as many were fooled by his pretense.

And yet, when he was revealed to be a sorcerer with a sweet and shy smile who displayed concern for his friends, the fans began to love and appreciate Yuuta. In the upcoming  movie slotted for winter 2022, Yuuta will serve as the protagonist and fans will learn more about his story. 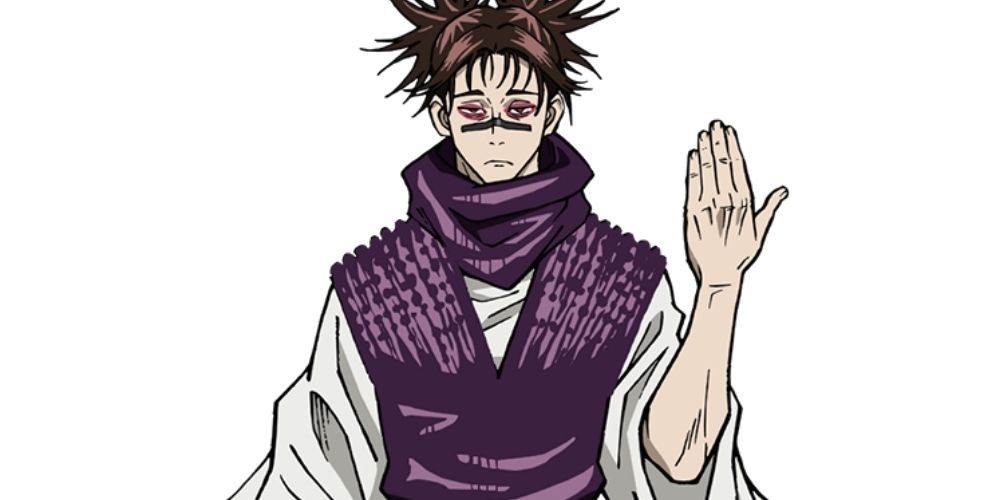 A character that has been rising in popularity as of late is Choso, a death painting womb who is strongly attached and overprotective of his brothers. Choso stands out in the anime as he flaunts a unique hairstyle that fans seem to love immensely.

He finds no greater joy than being called "big brother" and has been proven to risk anything for his precious siblings. Fans found it hilarious of Choso to become so attached to Itadori yet it cannot be denied that his care for Itadori is nothing short of endearing. 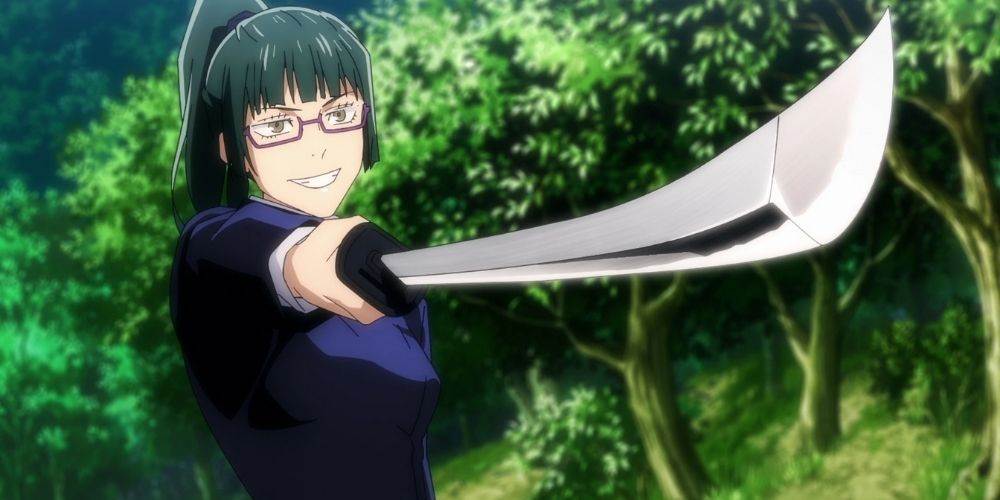 Different from the rest of the cast, Maki Zenin has extremely low cursed energy which has been greatly criticized by the Zenin clan as something distasteful and undesirable. However, Maki is not one to be ruffled by her clan's hurtful insults and carries with her an air of confidence.

, she always manages to surprise other sorcerers with her superhuman physical prowess. She can expertly wield various cursed weapons to her advantage as seen when she utilizes the Special Grade Cursed Tool: Playful Cloud which Megumi found difficult to use. 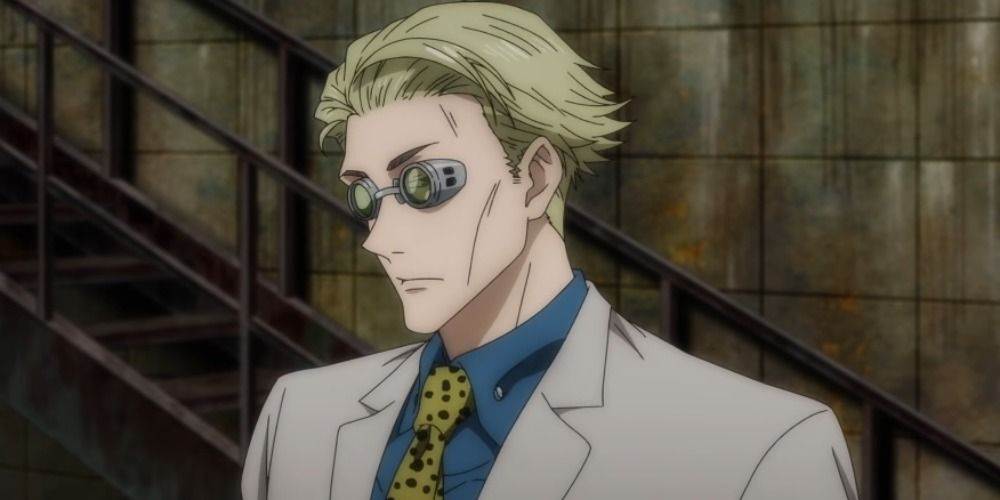 Kento Nanami is an admirable character worthy of respect who refuses to be chained down by the soul-sucking capitalist society and is loved by the entire fanbase. Since Nanami is an ex-salaryman, he retains his professionalism and maturity in his job as a sorcerer who despises working overtime, refusing to engage in battle with cursed spirits past working hours.

He is the polar opposite of his colleague Gojo, and despite that, they form together a comedic duo where their hilarious interactions serve as constant entertainment for viewers. 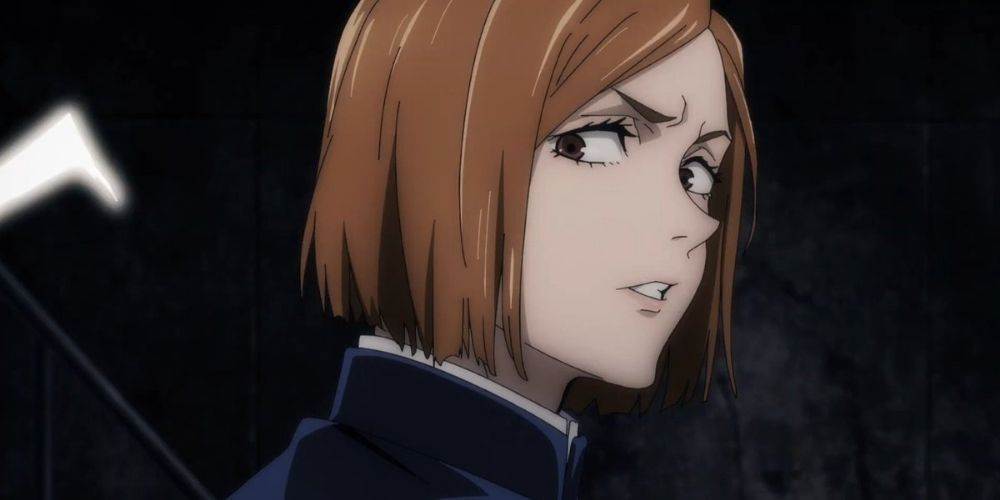 Nobara is one of the most loved characters in the series and it's easy to see why as she is such a cheerful, determined, and occasionally goofy sorcerer. Her strength and skills as a first-year student are praised by Aoi Todo, who claims she should be upgraded to a higher level and she even has been shown to have incredibly high pain tolerance.

Other than being the female sorcerer who demolishes gender stereotypes by being proud of her femininity and strength, she has been praised by the fanbase for her ability to match the mood and energy of people around her. This ability to bond with anyone is shown when she acts silly with Itadori yet becomes serious around her beloved senior Maki. 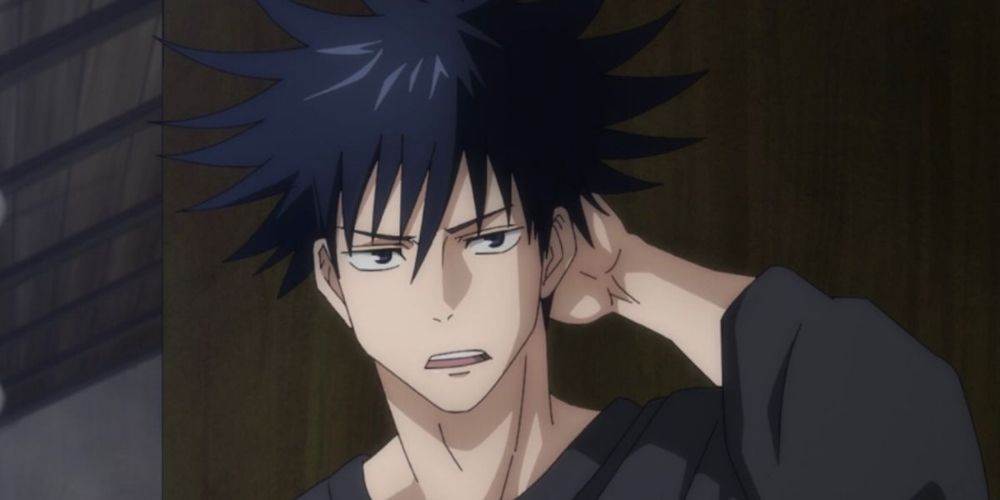 Megumi Fushiguro serves as the fan-attracting character sporting spiky black hair, long eyelashes framing beautiful blue eyes, and a nonchalant attitude. With that being said, Megumi is not only a character good for his pretty eyes or face as he is the deuteragonist and should .

Megumi has attempted to unleash the highly skilled domain expansion technique despite being only a first-year at Jujutsu Tech, showcasing his capabilities when pushed to the limit. 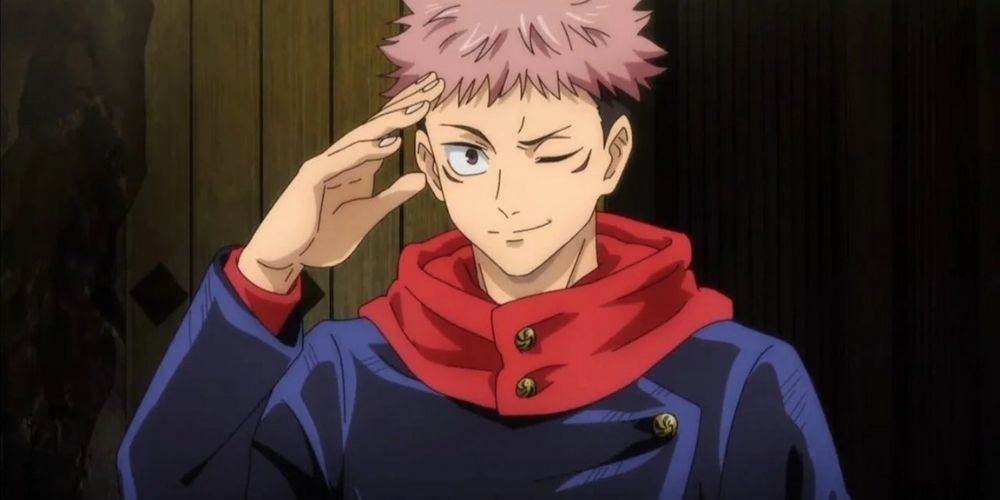 Itadori is a good-natured protagonist who strongly believes that it's morally unethical to take human lives and tries to avoid human bloodshed as much as possible. Although he comes off as goofy and is even at fault for some of the , he can become deeply angered by malice and cruelty and exhibits powerful techniques like the Black Flash.

One of Itadori's defining traits which makes him so lovable is his willingness to sacrifice himself for others. The best case in point would be the time he gambled on his own fate by consuming Sukuna's finger to exorcise a curse. By doing so, he saved Megumi whom he had only met recently,  dooming himself to become Sukuna's vessel. 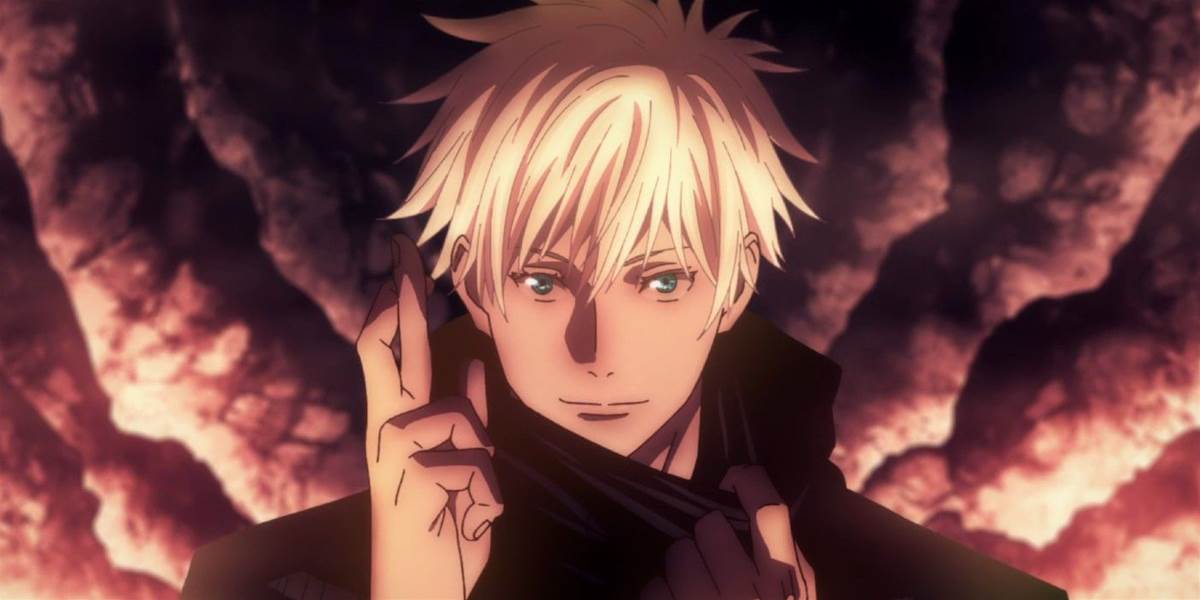 Gojo Satoru is a character that has garnered all the attention and love in the anime community. Despite being the most powerful sorcerer and the main trio's sensei, he often comes off as childish and playful.

Many characters and even fans have expressed their annoyance at his attitude but it can be said that everyone remains in a "love-hate" relationship with Gojo. After all, when push comes to shove, Gojo is extremely reliable by helping his students out in a crisis and shows concern for his colleagues Nanami and Utahime.