Two unsung characters of finally get the spotlight they deserve thanks to the series' recent focus on the issue of . Koji Koda, aka Anima, and Mezo Shoji, aka Tentacole, are two students from Class 1-A who got little time to shine in the series until now, but they are now proving to be not just powerful Pro Heroes, but also very interesting characters.

Heteromorphs, in the world of My Hero Academia, are people whose Quirk (supernatural power) gives them a non-human appearance. When Quirks first appeared, heteromorphs quickly became a target for persecution and even slaughter due to their monstrous looks. After that time of turmoil ended and the Hero Society was established, heteromorphs began to be accepted, as proved by the fact that Class 1-A of UA Academy includes no less than four heteromorphs students. However, persecution has not disappeared everywhere, and, in the latest chapters, who live in less tolerant and advanced places.

While tolerance and acceptance are common in great cities where people have access to good education, this is not true anywhere else, where mutants are still persecuted for their appearance. During the final battle between the assembled Pro Heroes and the forces gathered by the villain All for One, the latter sent one of his lieutenants, Spinner, to rescue by the heroes. Spinner leads a crowd of furious Heteromorphs who are taking this chance to vent their frustration against Hero Society. However, in chapter #371 of , two heteromorphs students from Class 1-A step up to prove that persecution is not an excuse to hurt others. Shoji, especially, really shines in this chapter, sharing the story of his difficult childhood and his resolve to become a hero who will inspire future generations. 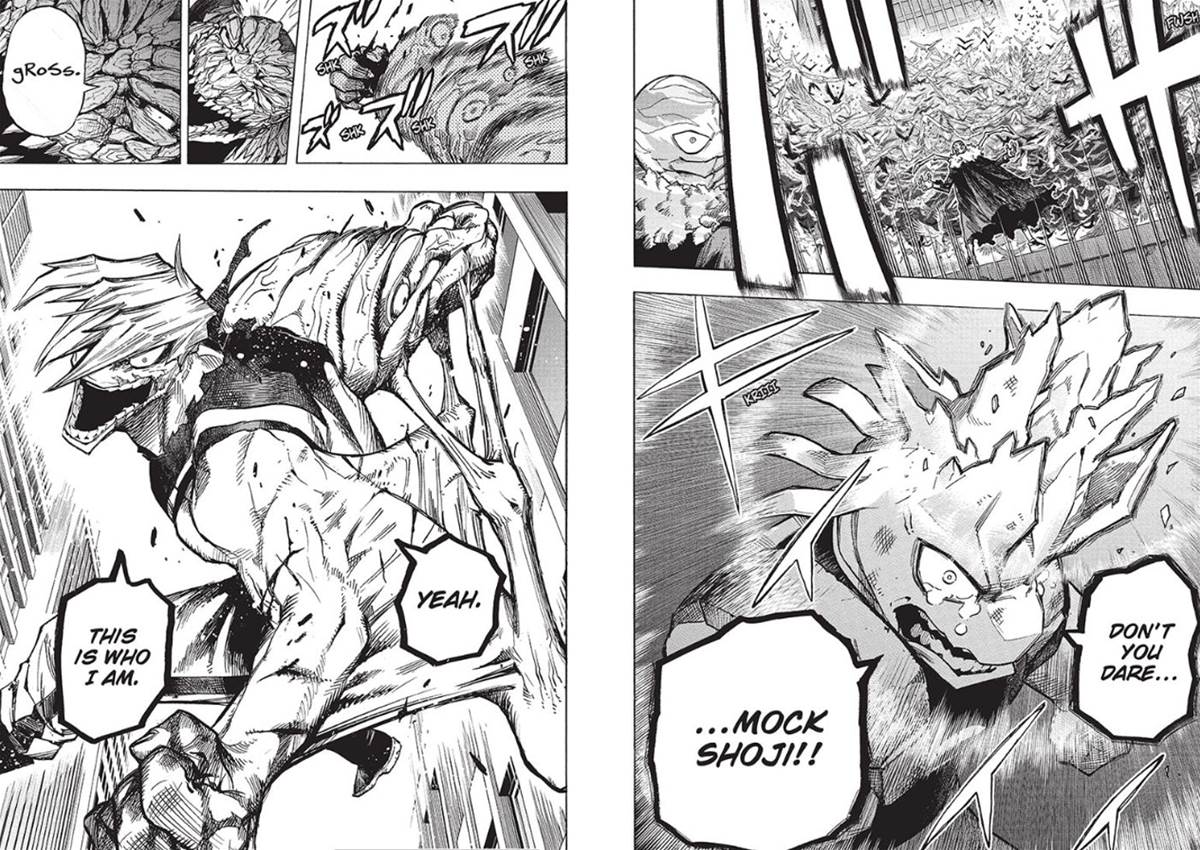 This focus on mutants and persecution was quite unexpected in the middle of the huge, final battle of the series, but it's certainly a positive change of pace. , and the principal plot revolves around the conflict between One for All and All for One, which means that many side characters did not have time to shine. Shoji was one of them, but his backstory, even if fleshed out quickly, immediately makes him more interesting. He was not just persecuted but permanently scarred during his childhood, and he always wears a mask not because he is ashamed, but because he does not want to scare people. In the past two chapters, , despite his young age, one who can really inspire others through his ability to endure hardships without giving in to fear and hatred.

This change of focus towards underutilized characters is the best thing that happened in the manga in a long time. Koda, aka Anima, also receives a powerful upgrade at the end of chapter #371, so it looks like mutant heroes are indeed the protagonist of this part of 's story, and they absolutely deserve the spotlight.