#1. Just because you can use all 3 types of Haki, even as a master, doesn’t mean you can’t be beaten.

#2. Hancock wasn’t winning that encounter because we needed to see her defeat.

It’s certainly true that Hancock is a force to be reckoned with even without her Devil Fruit powers. But just because she knows all 3 types of Haki doesn’t mean she would’ve been able to triumph over Blackbeard. 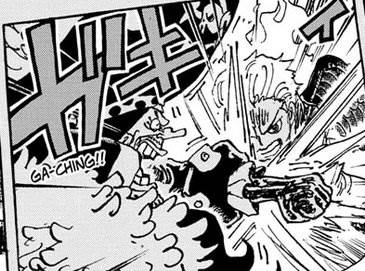 Which is notable because that Seraphim was capable of cutting a mountain in Amazon Lily (which is no small feat). 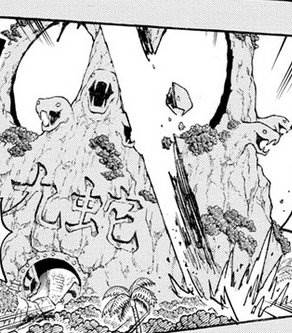 Blackbeard also has a notable size advantage over Hancock. When he successfully grabs her, she’s not in a good position to do much, if anything. 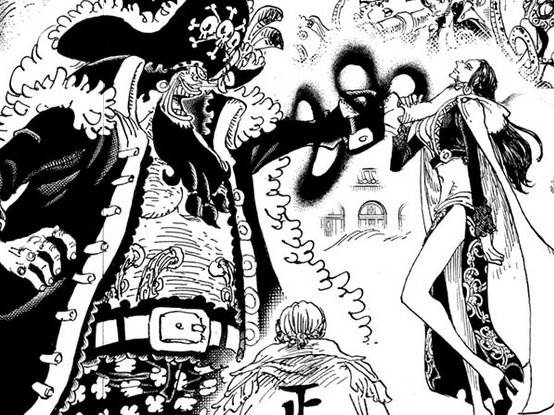 He’s out of reach for her kicks, and she’s clearly fighting against his grip strength. Even the best Haki doesn’t stop internal pressure from hurting you, as Queen mentioned: 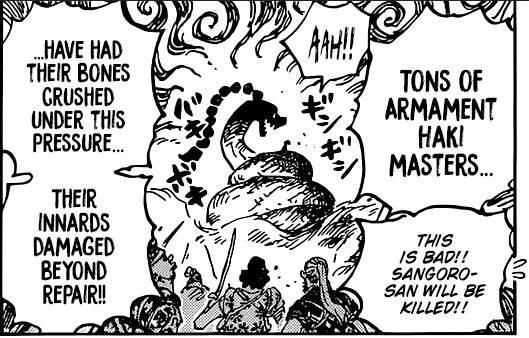 We don’t see the entire fight and unless the anime expands on it, we’ll never know. What we do know is that Blackbeard managed to get a hold of Hancock, and no amount of Haki was going to save her. The circumstances were not in her favor, and not even advanced Haoshoku Haki usage can change horrible circumstances, like CP0 holding back Luffy: 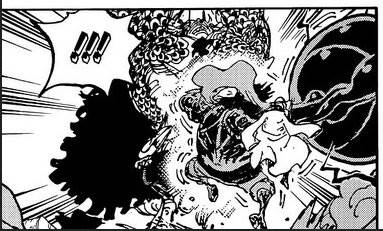 Someone could say “What if Hancock used Haoshoku-enhanced kicks to break free?” It’s a legitimate question, but just because you have Haoshoku Haki doesn’t mean you’re able to do that. The number of people with Haoshoku isn’t high, and the number who can use it offensively is even lower. Until she’s demonstrated that power, you can safely say she doesn’t know how to use Haoshoku Haki like that.