Superman's appearance in the film is all but confirmed. With the film's recent premiere, it looks like Henry Cavill might have finally returned as the Man of Steel in the DC Extended Universe, as many are saying that the big blue appears at the end of the film.

has been hyping up for a really long time and has always brought up Superman in conversations. Adam isn't technically a Superman villain. Given that he is Shazam's arch-nemesis, Adam isn't even an antagonist of Man of Steel's films. However, seeing a fight between them in a live-action movie would still be fun.

So, with the leaks going around, let's look at the times when Superman and the Man in Black shared the comics' pages.

For not being each other's villains, Black Adam and have surprisingly shared the pages of comics and the screen quite a few times. While Adam is a Shazam villain, the Man of Steel has come to the altter's aid many times. Moreover, Adam has pitted the two superheroes against each other.

Superman and Shazam battle it out in Rich Buckler's when Adam teams up with the sorcerer from Mars named Karmang. Starting a battle between the two supermen, Adam has his plans thwarted by them as they break out of the trance and go after Teth.

In comics, Superman has often come to the rescue of Shazam by fending off Adam. Additionally, the rivalry between the two only grows and can be spotted multiple times in the franchises featuring Adam and Superman. One of their most iconic battles has been in Gail Simone and John Byrne's

When Superman misunderstands Adam's intentions with Psycho, thinking that the supervillain is aiding the other, they put up an epic battle against each other. Thankfully, the fight ends after Lois Lane intervenes and throws Psycho off the roof. Both then rush to save the supervillain and stop their skirmish.

Black Adam and Superman were recently thrown down in the ongoing series . Fighting off an infected Black Adam, the brawl between Man of Steel and him take place twice in a fight that covers epic and massive proportions.

With the now-famous clip from making its rounds once again on the internet, it seems like both have even fought in a movie. Being a tag team match, it provides a good blueprint look at how we can expect a fight between them to go down. 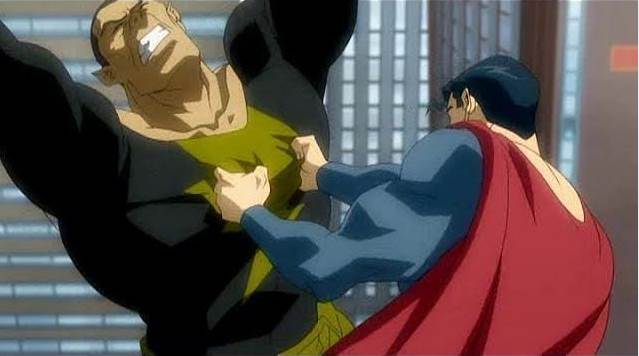 With Henry Cavill possibly returning to the DCEU once more, here is to hoping that we will eventually get to see a match between the .