While is best known for his street-level storylines where he uses his relatively minimalistic powers to take down villains like the Kingpin or Bullseye, Marvel Comics has confirmed that Daredevil has always been more than simply the Devil of Hell’s Kitchen, but one of the greatest heroes in the entire universe–even on a cosmic scale.

Matt Murdock started his journey to becoming a superhero after an accident occurred which exposed him to radioactive material, blinding him in the process. While Matt lost his sight, the radioactive material granted him heightened senses which manifested itself as essentially sonar vision through which Matt could ‘see’ the world better than he could before the accident. After his father was killed, leaving Matt an orphan, he was taken in by a mystical martial artist named Stick who taught Matt everything he knew about combat and how to expertly use his powers. So, with the powers he got from the accident along with the training he got from Stick, and committed himself to protecting the people of his neighborhood, Hell’s Kitchen.

In #7 by Stan Lee and Wally Wood, Daredevil is , and he immediately realizes that he is in way over his head. Namor is the King of Atlantis whose strength and power make him a threat to teams of superheroes including the Fantastic Four and even the Avengers–and Daredevil was taking him on all by himself. While Daredevil ended up being able to reason with Namor rather than having to defeat him in combat, Daredevil still took quite a beating when fighting the Sub-Mariner. As Namor finally took his leave, he says to himself, “”. 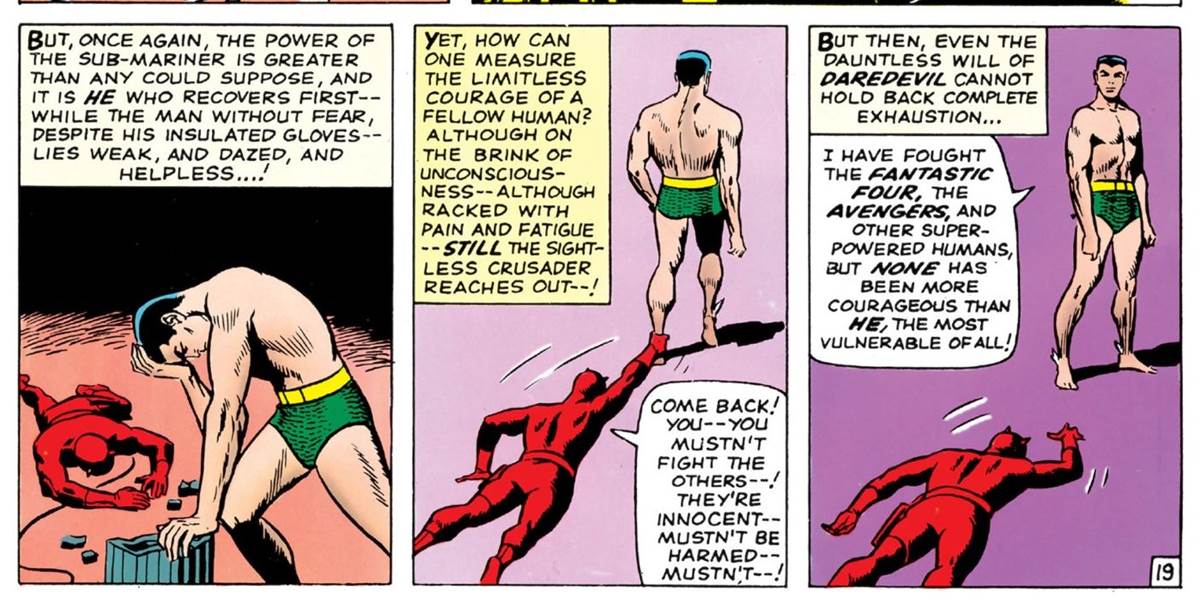 By saying that Daredevil is the most courageous superhero, Namor is basically asserting that Daredevil is the best of what humanity has to offer as courage is the bedrock on which heroism can be built. While Namor’s words speak volumes since he has fought nearly every other Marvel character at this point and still thinks Daredevil is the best, this isn’t the last time Daredevil proved he could play a role bigger than the street-level norm. In the Marvel Comics crossover event , , which granted him Heimdall’s god-tier abilities. While this Asgardian upgrade was short-lived, it proved that Daredevil was worthy to wield god-like power–and his heroic actions while having access to this power did not disappoint. 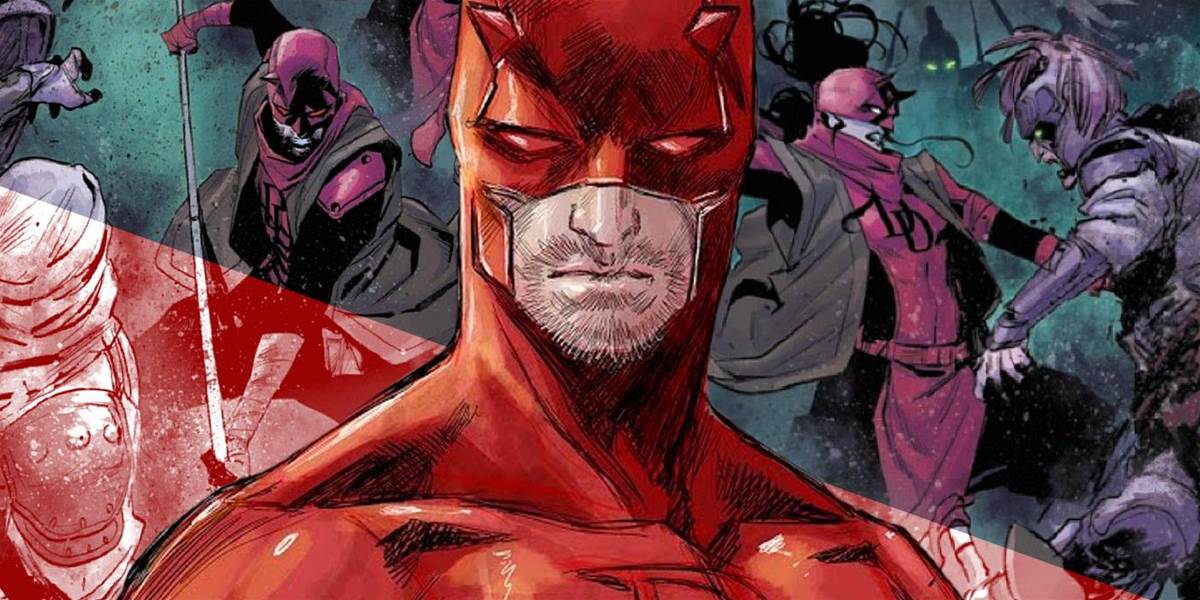 was one of the first times readers witnessed Daredevil playing a cosmic role in the Marvel Universe, and while that may have been initially shocking, Namor made it clear decades earlier that Daredevil was always worthy of such a role. When Namor references his battles with the Avengers, he is including the Asgardian God of Thunder, Thor, when he says . This proves that, even though Daredevil only recently played a bigger role in the wider cosmos outside the parameters of Hell’s Kitchen, he has always been more than just a street-level hero.