was another break-out shounen manga hit from Weekly Shounen Jump Magazine, and its success meant that an eventual anime adaptation was only a matter of "when" and not "if." MAPPA--coming hot off their successes like ,, and the underrated--is helming the upcoming anime, but the manga has since wrapped with a sequel planned for the digital magazine Shonen Jump+.

The manga series has been praised namely for its unabashedly over-the-top gory action while simultaneously juggling a genuinely heart-wrenching coming-of-age story amid all the chaos. Much of the cast of characters all have their compelling backstories and motivations that keep fans emotionally invested throughout.

While she doesn't last as long as most in 's vicious story, Himeno still cemented herself as a sympathetic and interesting character more than worth getting emotionally invested in. She is Aki's best friend and squad member, and she's grown weary over the years of work as a Devil Hunter after seeing her partners die on her.

Himeno then goes on to develop an even deeper relationship with Aki to the point of loving him. Their relationship grows so deep that she had been constantly--in private--trying to find a way to convince Aki to quit the agency for his own sake. It makes things all the more soul-crushing when Himeno dies at the hand of the Katana Devil to protect him. Aki didn't fully realize either of their feelings until she was gone, and became a tragic drive for the rest of his character arc. 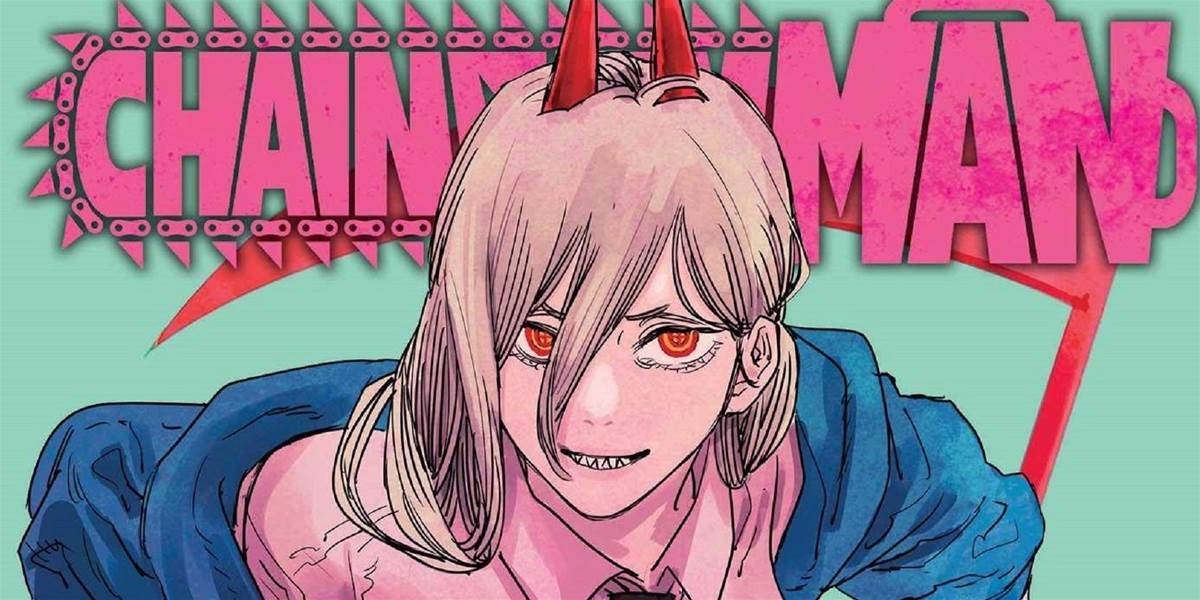 Power easily became a big fan-favorite character. Similar to Denji, Power is a character with a deeply troubled upbringing that is bonded in some way to a Devil. In this case, though, she's a Fiend--a Devil who took over a human's corpse. Power also has a similarly bombastic personality, though arguably even more difficult to deal with in a group.

Power becomes more relatable after her initial betrayal when it's revealed that Power was manipulated by a Devil for a chance to save her only friend. She loudly declares her disdain for humankind but gradually warms up to Denji and the rest of her Devil Hunter team and feels like she's found a proper family, balancing comedic relief/bombast with heartfelt character drama. There have been , and Power is bound to skyrocket in popularity later this year. 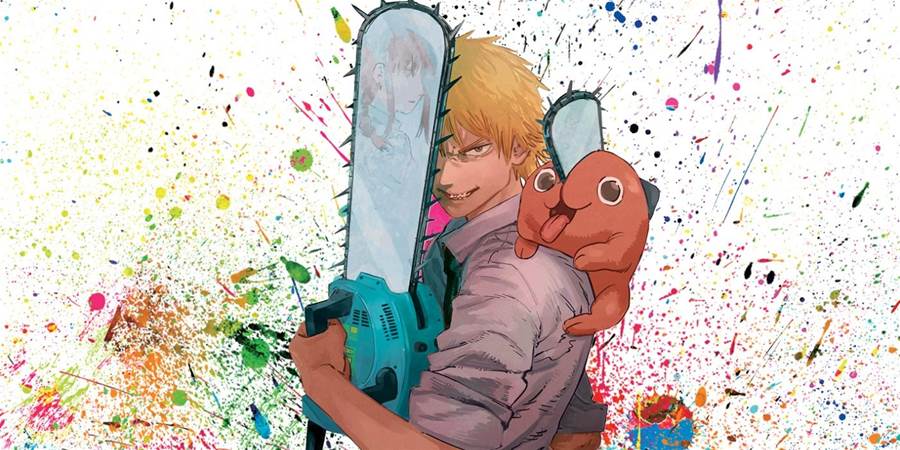 While shounen manga and anime developed a reputation of tending to fall into some tired tropes, Denji feels like a breath of fresh air. Despite not having the , he's arguably one of the most genuine shonen protagonists in manga. While his initial simplistic and shallow motivations are abrasive, beneath it all is a kind kid whose desperate to belong somewhere and see what it means to truly be loved.

The early chapters set the stage quickly, showing that beneath the oblivious goals of a teenage boy is someone who ultimately wants a wholesomeness from life that everyone craves. Denji never thought to aim higher because he was orphaned at such a young age and strung into the barbaric life of organized crime. This made him desperately try to accept things and find happiness in the cruel life that was forced upon him, only having his Devil best friend Pochita by his side. His life journey throughout opens his eyes to aim higher, in both what a true romance is and life ambitions in general. 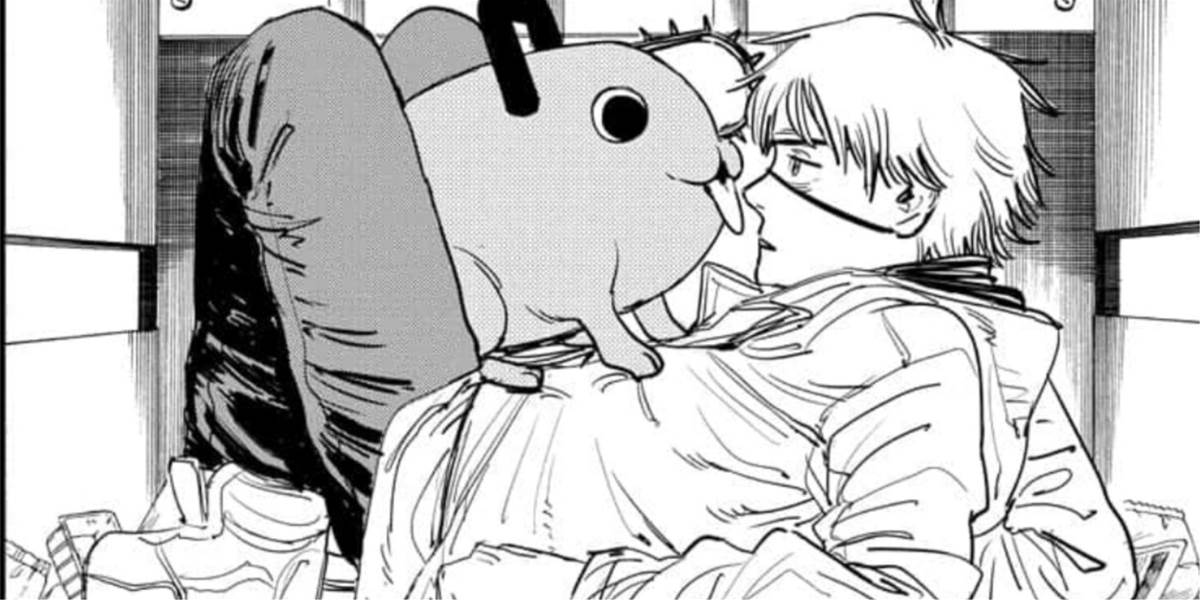 Pochita is a character that's constantly present but also in the background, as he mainly manifests himself as part of Denji's Chainsaw Devil form. That being said, he's no less vital to Denji's character growth and a catalyst for some of the most tear-jerking moments in the series.

Pochita has been there with him since he's been forced to live in squalor and bonded his body with him in a last-ditch effort to revive him as a human/devil hybrid. The sparing scenes where Pochita appears to Denji are used for maximum emotional impact, forever proving the sweet and wise puppy devil is a guaranteed positive constant in the latter's life. 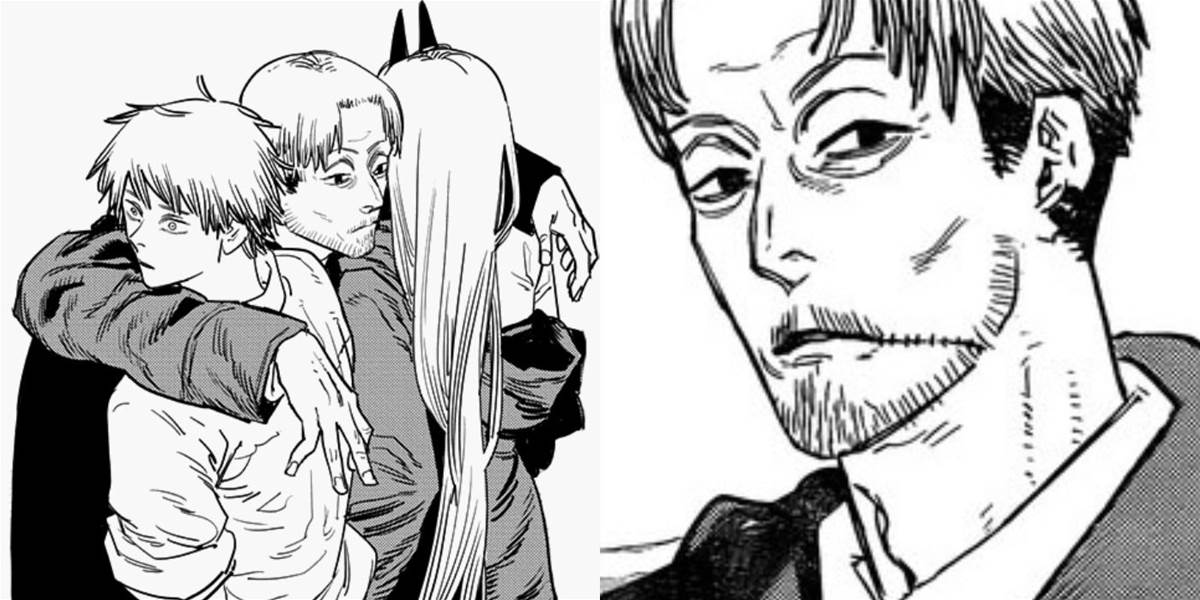 The squad mentor is another shounen stereotype throughout, but like with Aki, Kishibe is a fun and creative twist on that archetype. He's presented as a subdued hero/anti-hero, as Kishibe is generally relaxed--if indifferent--to the situation around him. Though, once the plot's conflict surrounding Makima and the global Devil Hunters thickens, he's highlighted as one of the most cunning characters in.

He takes on the "teacher" role for Denji and Power for the fights ahead, entertainingly putting them through "trial by fire" by hunting them daily until they improve. In addition to being a key player in resolving the horrifying mystery surrounding Makima, his character and backstory have a fascinating air of mysteriousness as well. 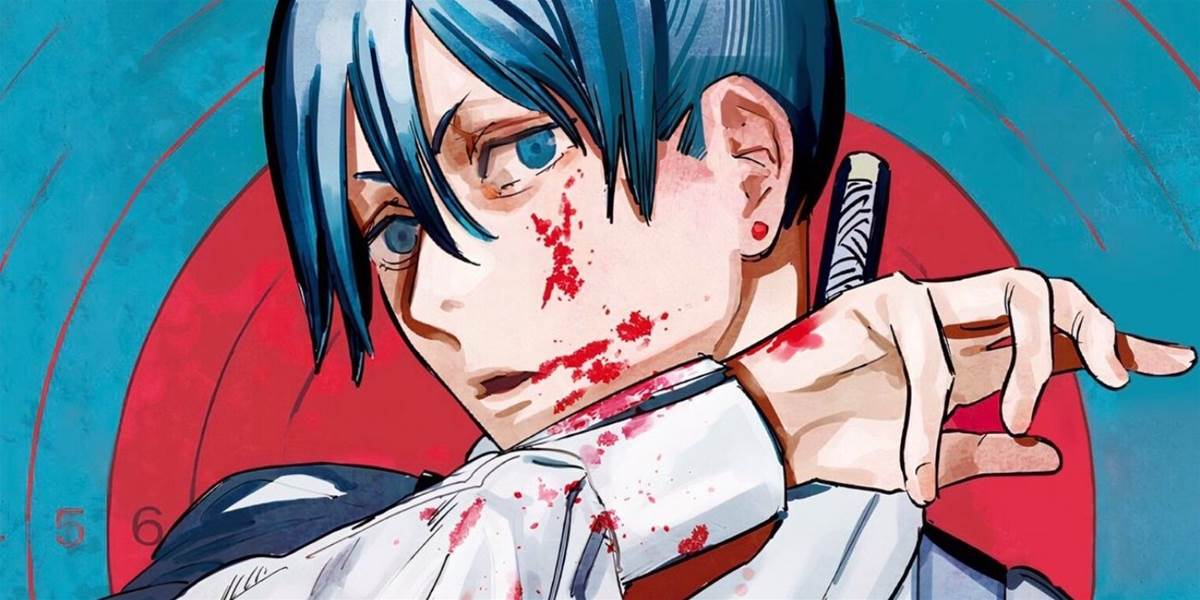 Aki would normally fall into the archetype that others like Sasuke fit, but the former's character is written more interesting and sympathetic, in a similar way to how . It's a deconstruction of this archetype in the sense that Aki's revenge-driven backstory makes it abundantly clear to readers that it's actively deteriorating him and doesn't drag it out across hundreds of chapters.

He's initially antagonistic toward Denji, especially when he was initially assigned to Aki's team by Makima, but he's far easier to empathize with. Unlike other characters that fit the stereotype, the writing for Aki also isn't a poor attempt at writing him as "morally gray" or overly brooding. 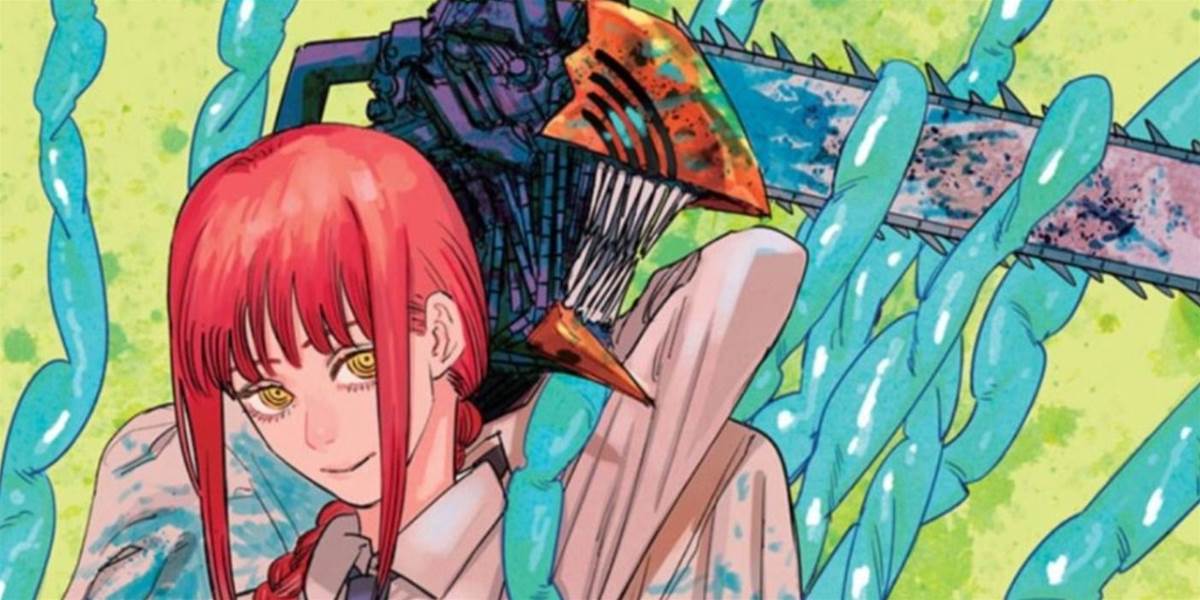 Makima is a compelling shounen manga/anime villain that will also help make the . She's a daunting presence with mysterious ulterior motives, and what culminates once the pieces of this mystery come together is one of the most terrifyingly brutal villains in the medium.

Makima becomes a physical manifestation of an abusive and manipulative relationship, as her being the Domination Devil is to make everyone around her a pawn because she knows they can't resist. She sees people as pets that can serve as Makima's entertaining means to an end. Her fearmongering and manipulation make Denji's learning to think for and value himself even more satisfying. 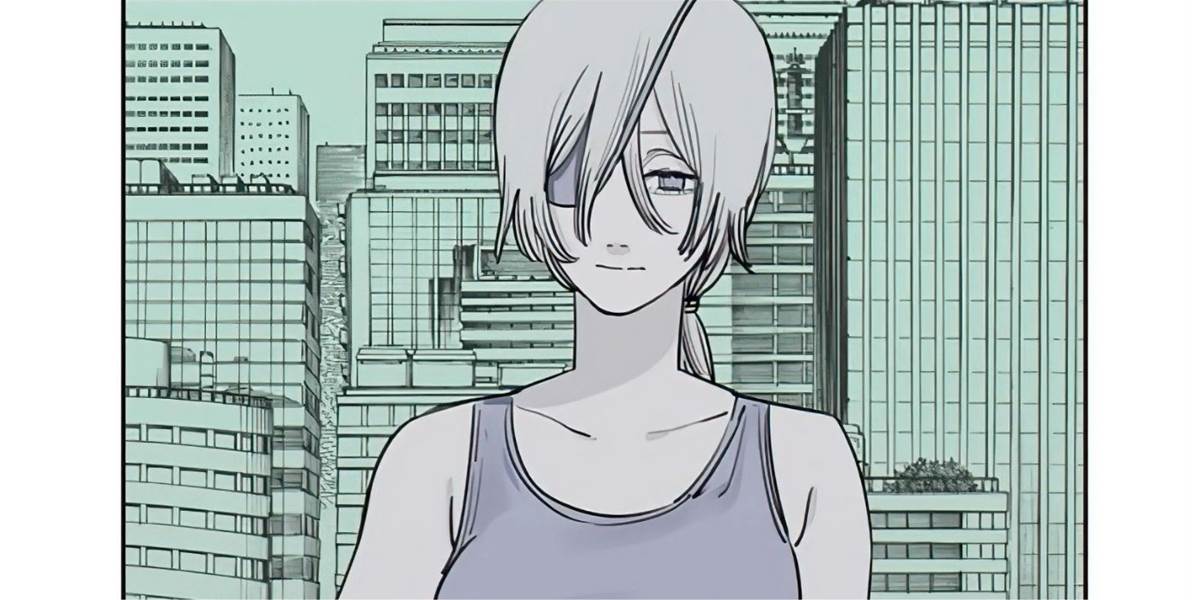 She appears at the latter end of , but Quanxi asserts herself as a force to be reckoned with regardless. Quanxi is a world-renowned Private Devil Hunter from China. She comes into the fold once the story gets more chaotic, as she's recruited by the Chinese government to travel to Japan and capture the Chainsaw Devil.

Another tragic character in the manga, Quanxi is a brooding, stoic, and expectedly world-class in combat, with her brutal entanglement in the grand fight against Makima an impressive example of how side characters can be interesting in their own right. 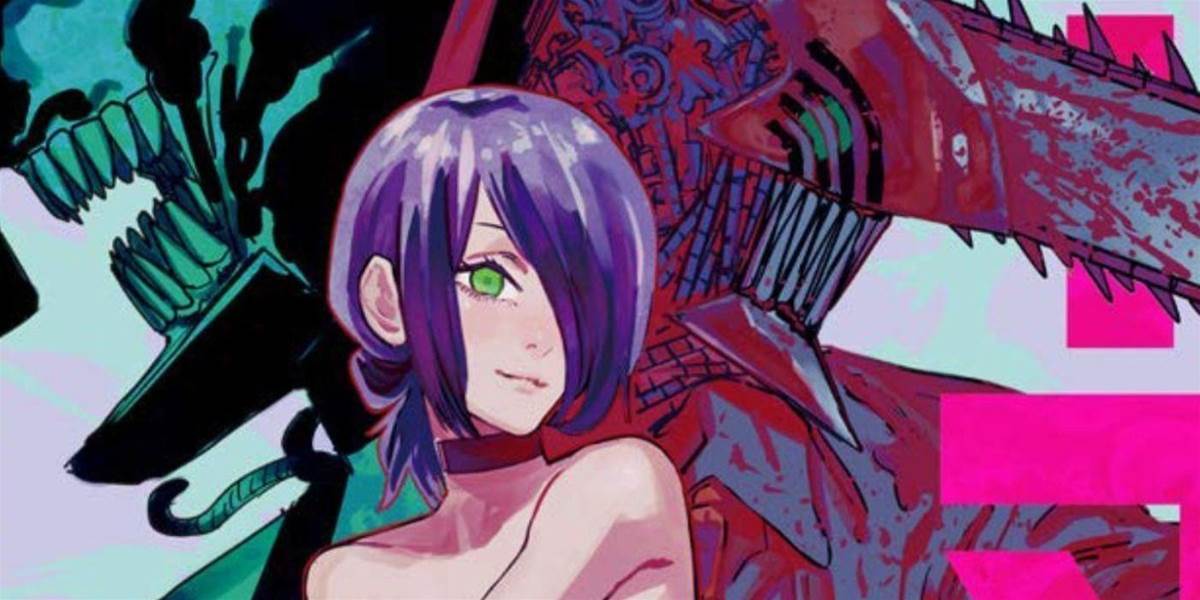 Reze's brief but impactful role begins when Denji's life when he thinks things are getting serious in his and Makima's "relationship." It proves to be as convenient as it looks, as Reze spends time bonding with Denji before it's revealed she's the Bomb Devil and a Russian assassin. Her goal was to kill Denji and put a stop to Makima's endgame, becoming another person in Denji's life with sinister intentions.

However, Denji does help to reveal something more genuine in Reze. After their time together, he points out that she showed and taught him things that she didn't need to. Whether she intentional or not, Reze did develop real romantic feelings for him. It makes it all the more brutal when Makima ambushes and kills her. 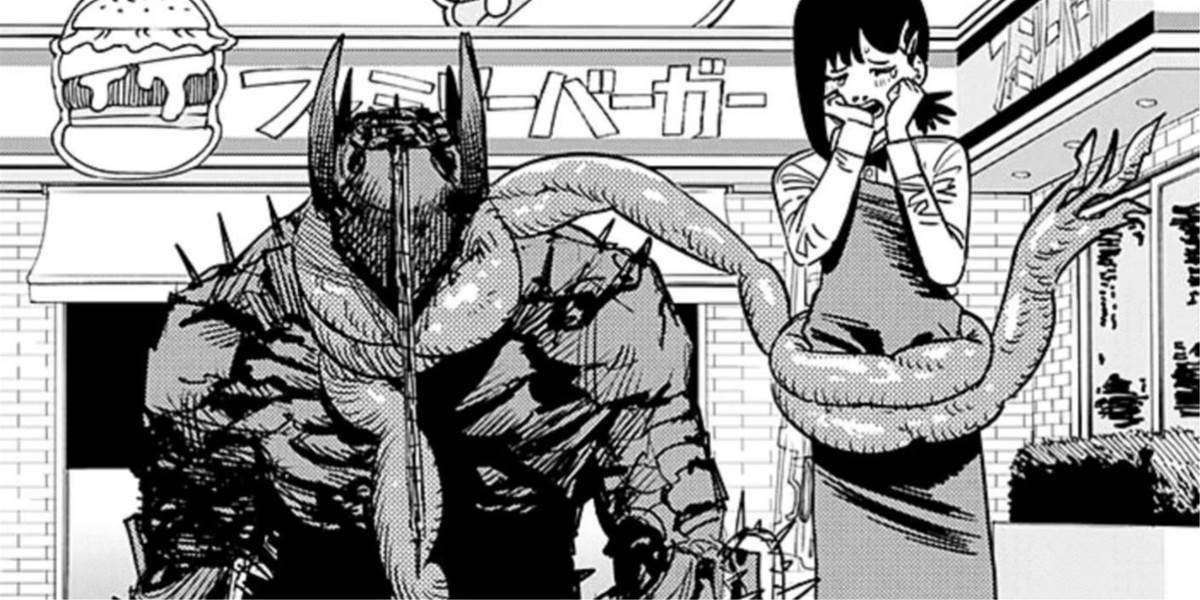 Kobeni is a more complicated case in 's favored list of characters. She's introduced to be easily unlikable: incredibly cowardly and willing to turn on her comrades if she's scared enough. However, she becomes more grounded as her backstory is revealed.

Kobeni's perpetual fearfulness comes from an understandable place, as her callous and neglectful parents pushed her into this life-threatening job to fund her brother's college tuition. There are more layers to her than meets the eye, with her melancholy backstory painting her in a new light.