While the popular anime technically revolves around three main characters—Asta, Yuno, and Noelle—there are still several prominent protagonists who assist the Clover Kingdom and its elite Black Bull magicians in defeating The Dark Triad and other evil enemies. In addition to varying magical powers, the main characters often differ in personality, making some far more enjoyable to watch than others.

Moreover, what makes the characters so compelling in is their benevolent spirit, moral compass, sense of humor, idiosyncratic behavior, and willingness to fight for their friends no matter the consequence. 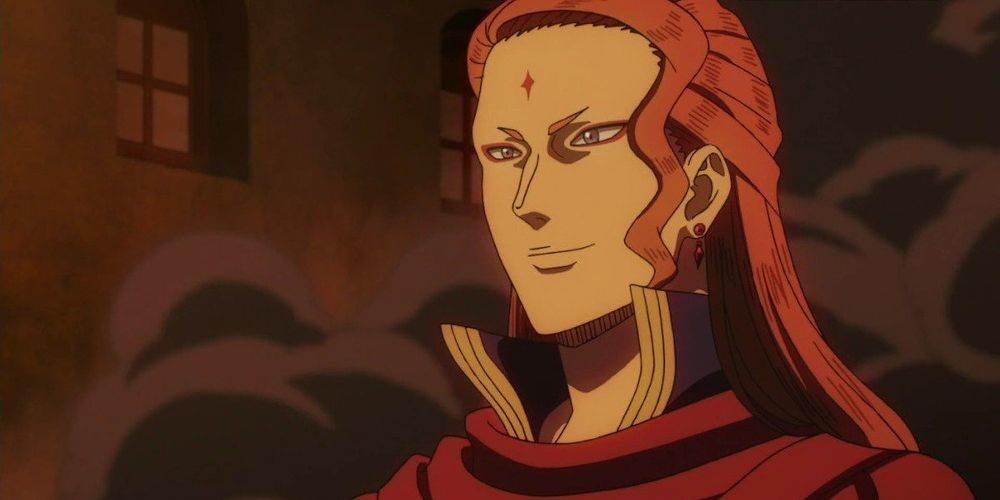 Despite being a nobleman from the first house of Vermillion, one of the things that makes Fuegoleon so likable is his moral backbone and nonjudgmental views of people less fortunate than him. He's a fair man who judges people by their true merits, not their social status or wealthy background. He's nowhere near the elite snob most nobles are on the show.

Of course, Fuegoleon's magnetic charisma draws people to his leadership style, and his hilarious back and forth with Noelle as a contentious father figure only makes him more endearing on . 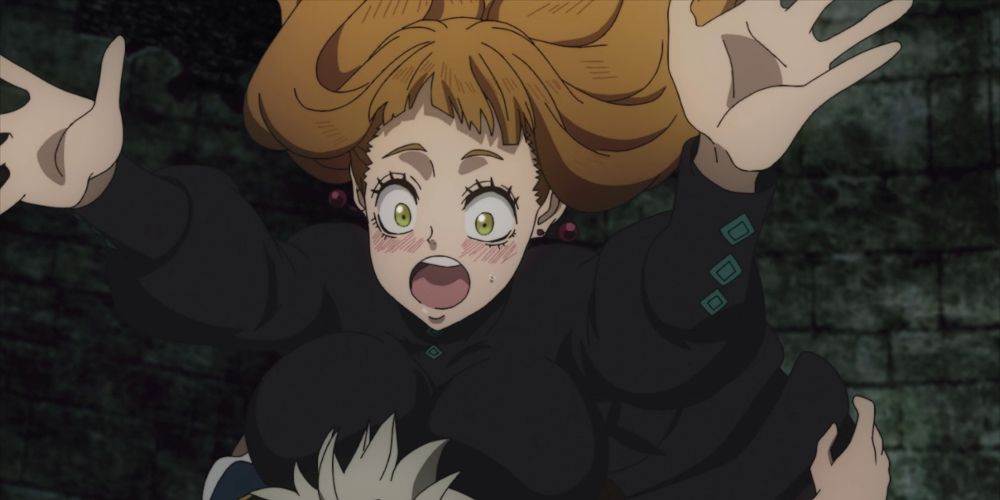 One of the most lovable characters includes Fuegoleon's cousin, Mimosa Vermillion, an adorably timorous yet well-mannered teenage girl with an insatiable sweet tooth and penchant for black tea. Mimosa immediately took to Asta, unlike the insolent Klaus, and showed her loyalty to him from the start.

Mimosa has also seemed to learn from Fuegoleon not to judge people by their social status and look down on those from meager beginnings. She's kind, caring, and most endearingly, she has a clumsy streak that leads to a series of humorous yet harmless accidents. 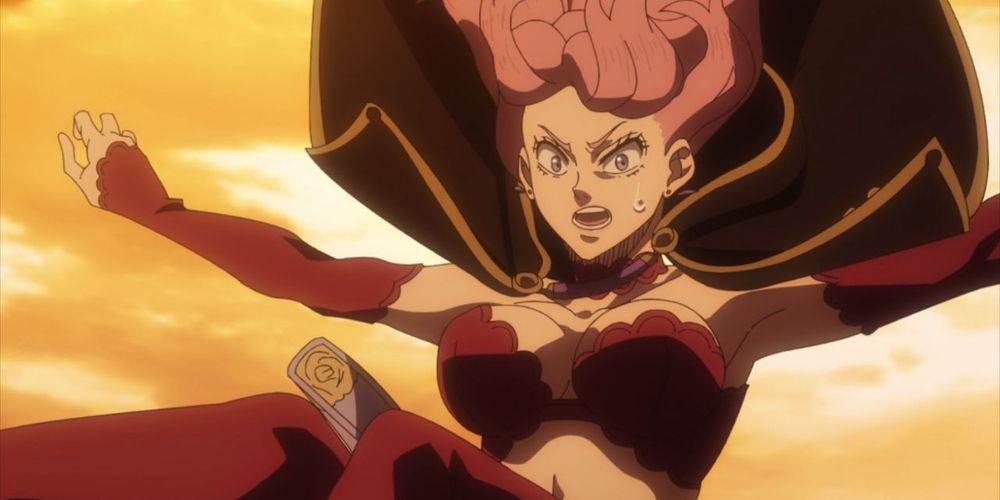 A key member of the Black Bulls, Vanessa Enoteca is one of the most beautifully messy characters on the show. Despite being a powerful witch, Vanessa has such a penchant for alcohol that the others deem her the Drunken Frenzy Witch. Drawn to handsome men, Vanessa is fun, sexy, convivial, and an absolute blast to party with on the town. As such, she ought to be considered among .

When she isn't lying around the quarters wearing next to nothing and showing off her lazy side, Vanessa can be found often counseling Noelle on how to control her magic, proving what a caring soul she has underneath her boozy facade. Moreover, saving Asta's life in the Witch's Forest proves her dedication to the cause. 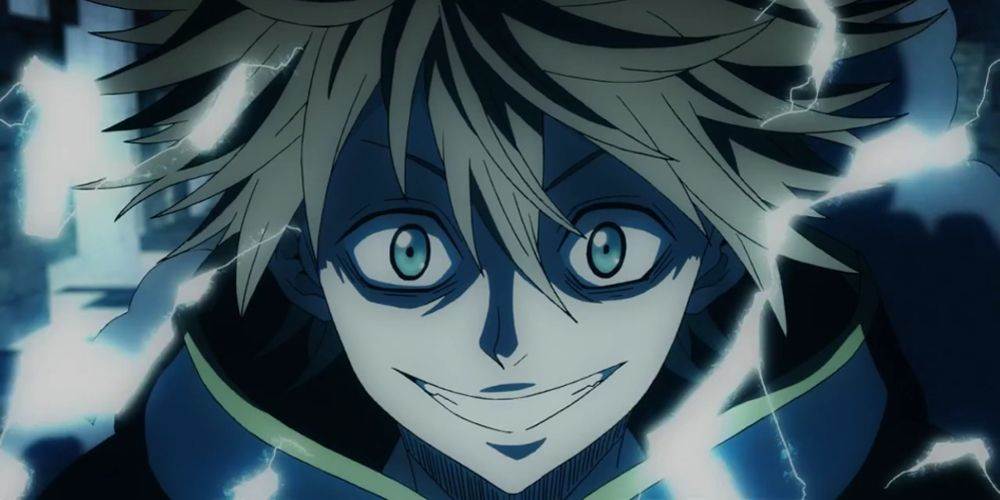 Almost psychotically cheery, Luck Voltia's unyielding lust for life is so infectious that people naturally gravitate towards him. This includes the Black Bulls, who depend on Luck's superior combat skills and mischievous nature to defeat their enemies.

One of the things that makes Luck so lovable is his pranking and practical joking, often taking items from his squadmates or booby-trapping them when least expected. Also one of , the juxtaposition of Luck's permanent grin and penchant for vicious fighting makes him enjoyable to watch, resulting in the nickname Smiling Battle Maniac. 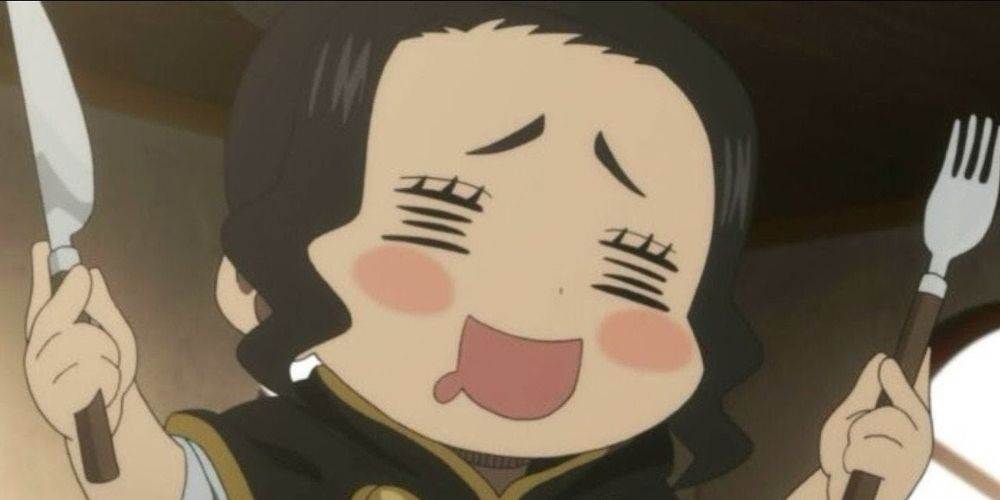 Living up to her namesake, Charmy will always be one of the most delightful characters in . Defined by her insatiable appetite and love of all things food, Charmy is often so distracted by delectable scents and delicious dishes that she abandons her fighting post to sate her cravings.

Also marked by her generosity and kind heart, Charmy has no qualms sharing her meals with her Black Bull squadmates and even offers food well after their full in hilarious ways. When food isn't involved, Charmy increases her casual and carefree attitude and often shows a silly sense of humor, especially when vying for Yami's attention with Sylph. 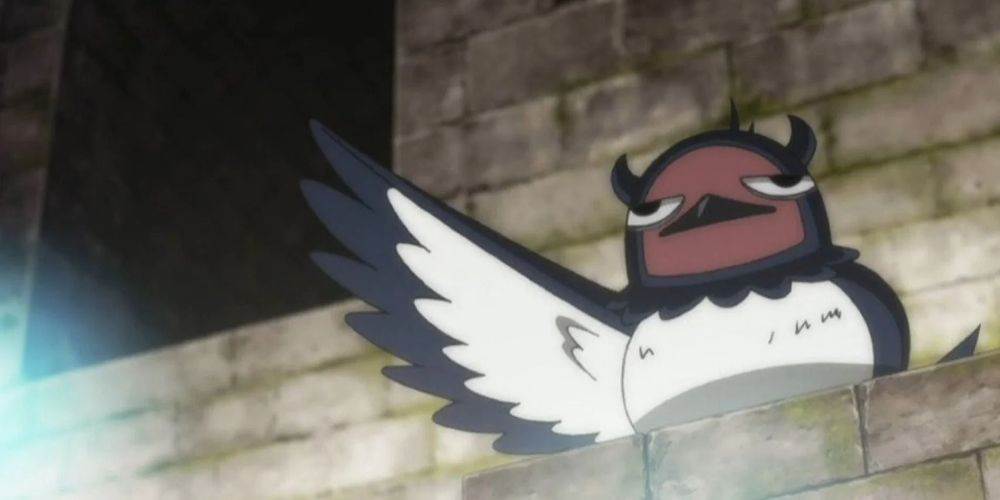 Also known as Nero, Secre Swallowtail's hilarious contradictory nature is what makes her such a lovable main character. Once the noblewoman joined the Black Bulls, she turned into an anti-bird who serves as Asta's guardian angel and devil's advocate at once. Secre treats Asta with ire and aggression, often pecking and poking at his head until she listens to her advice.

Yet, despite being mean to Asta much of the time, her unwavering dedication to him and undying love for him is proven time and again. She never leads his side, and safely guides him through perilous areas. The odd-couple dynamic between the two is among the most enjoyable relationships on the show. 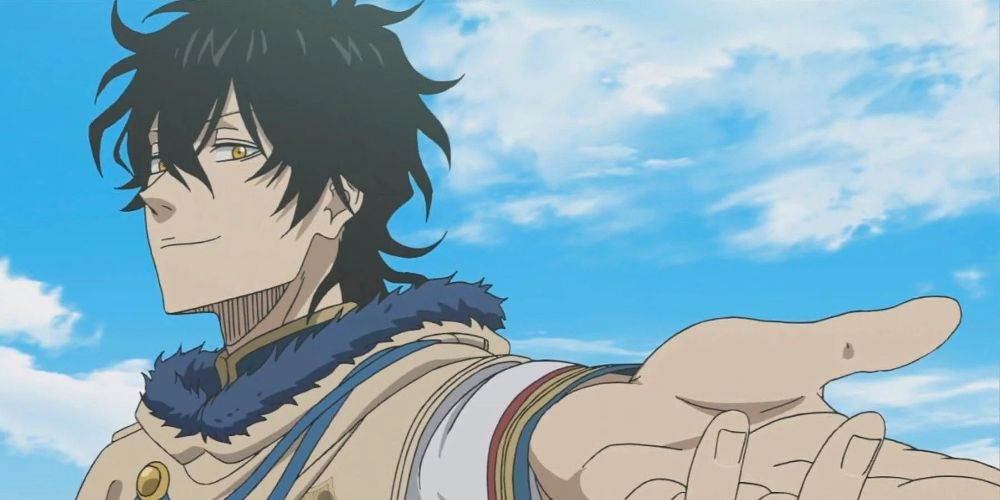 Yuno Grinberryall is one of three official main characters in . The orphan grew up as Asta's best friend and together they formed the Magic Emperor. Calm, soft-spoken, and admirably altruistic, Yuno often goes out of his way to make Asta look better even if it makes him look worse. He's a true friend and impossible to dislike.

With an unbending will and a strong sense of integrity, Yuno's dedication to protecting his squadmates simply makes him one of the most standup characters who can be depended on in the most trying times. 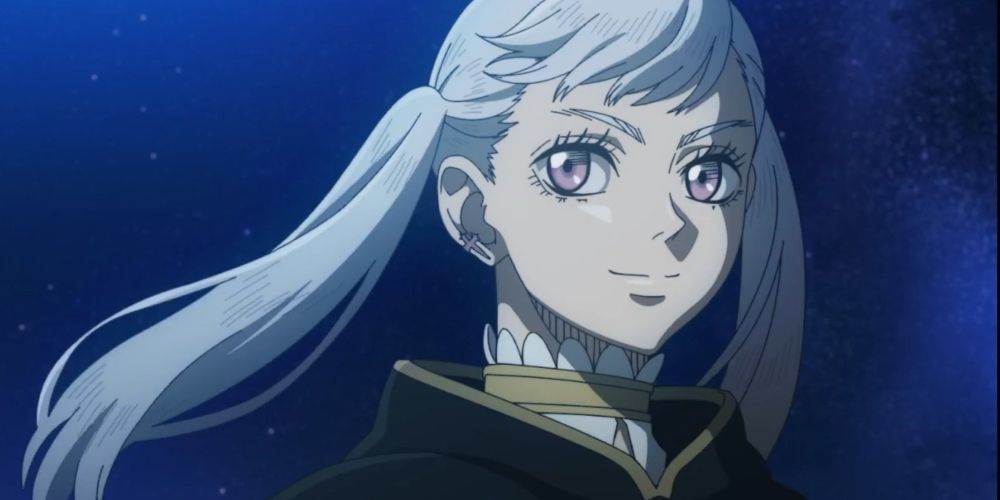 The profoundly transformed personality of Noelle Silva from a vainglorious royal to a humble self-effacing Black Bull member makes her one of the three most likable characters on the show. Rude and arrogant at first, Noelle's humility, modesty, and eventual love for Asta function as the heart and soul of the show.

Cast aside by her royal family for her lack of magical prowess, Noelle's arrogant demeanor slowly changed once recruited by the Black Bulls. Building confidence, courage, and the ability to admit her faults over time, Noelle undergoes the most satisfying character arc from badness to goodness. 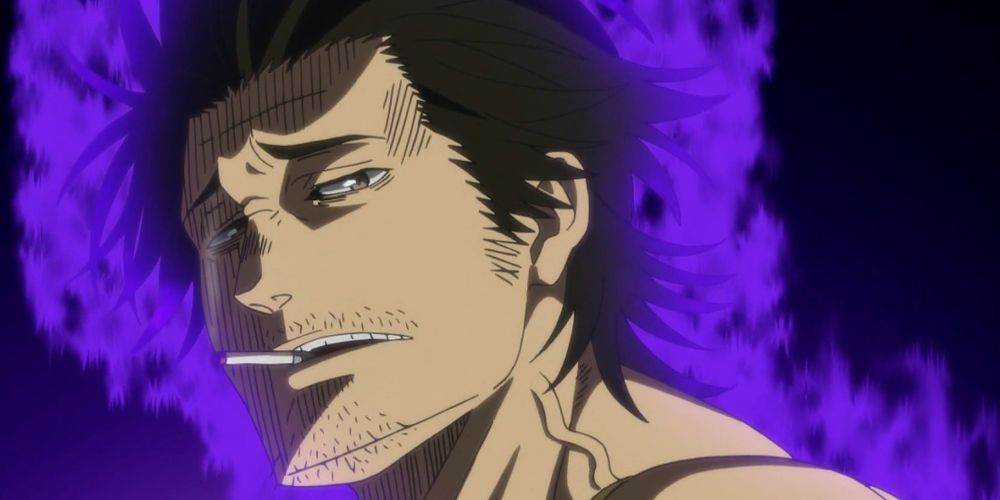 Despite his rude tongue, hot temper, and reckless behavior, Yami Sukehiro is the Captain of the Black Bulls who recruited Asta and the others into the group and serves as the mentor and father figure to the entire outfit. A highly respected magic practitioner and superior fighter, Yami sets the tone for the Bulls and leads the way fearlessly.

A mainstay atop nearly every popularity poll, what makes Yami such a pleasure to watch is the tough fatherly love he dolls out to his squadmates, teaching them invaluable life lessons and instilling wisdom by presenting challenges that will push them to be their absolute best. 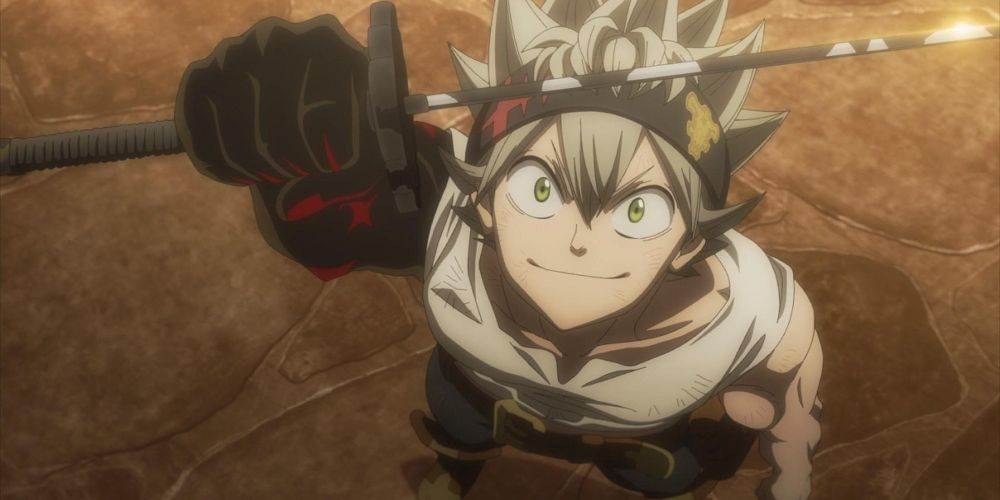 The chief protagonist among the three main characters, Asta has to be the most lovable Black Clover character. Defined by his rare anti-magic gifts, most of the action is seen through the eyes of the teenage orphan as he and his fellow Black Bulls work to take down the Diamond Kingdom.

With a blithe spirit and infectious hyperactive energy, Asta's excessive enthusiasm for everything he does rubs off on his squadmates, which in turn affects the viewers. Between his biting sarcasm, playful attitude, a profound sense of justice, nonjudgmental outlook, and loving bond with Noelle as , Asta is easily the most delightful character when he's at his best.