Warning: SPOILERS for Black Clover chapter 343 Asta just realized his own special variation of a powerful and exclusive technique right when pits him against his former love interest Sister Lily. While Asta's feelings for Lily have never been reciprocated, the idea that he'd have to fight her will undoubtedly be traumatic, both for the characters and the readers.

Before now, Asta has been training with to learn an attack called Zetten from Yami's home country of Hino. Mastery of the technique essentially requires Asta to leverage anti-magic to forcibly push out his ki in a highly destructive manner. But during his training with Ichika and other members of Hino's so-called Ryuzen Seven, Asta realizes that each of their Zetten can manifest differently, adding a certain level of intrigue in front of the already highly anticipated face-off between Asta and Sister Lily.

In chapter 343 of by mangaka Yūki Tabata, . But right when he attempts to channel Zetten in this way, it fails to even materialize. Although a disappointing development, for sure, the entire situation gets worse when Sister Lily, who was transformed into an evil Paladin by the villain Lucius Zogratis through soul manipulation magic, suddenly appears overhead with two comrades who are possibly Paladins as well, signaling the beginning of what will undoubtedly be one of 's most tragic battles. 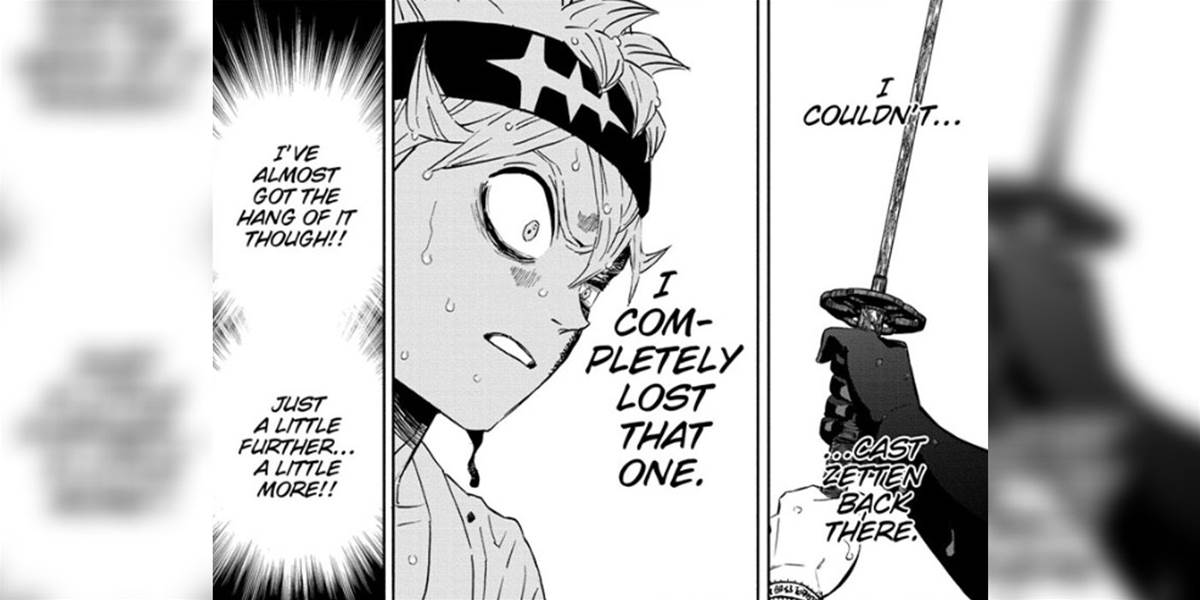 This latest chapter of introduces a compelling dynamic to the upcoming battle, augmenting reader anticipation. For the last few chapters, readers have already witnessed Asta trying to get a handle on Zetten. Even though he has been unsuccessful in defeating his sparring partners with this technique, it wouldn't have worked if repeated with Sister Lily. Thanks to this latest chapter, fans are now aware that Asta knows of another way he can leverage Zetten, which will add some diversity to what has shown for the last few weeks. The fact that Asta has already failed to wield this new version of Zetten also introduces another complication to the upcoming battle. If had shown Asta brandish his own variation of Zetten in this latest chapter, it would have diminished the surprise when he uses it in the actual fight. Similarly, ifhadn't teased beforehand that Zetten could be personalized, and that Asta had figured out how he could personalize the technique, it would have made the upcoming battle less appealing. Of course, fans would have already been psyched regardless because of Asta and Sister Lily's history, but gave readers something extra to look forward to and appreciate.

Unfortunately, is on break next week, which means that readers won't get to see the fruits of Tabata's masterful writing style for a whole fortnight. Fans of are already still wondering if (thought unintentionally), so the anticipation of what's to come couldn't be any higher.