Warning: SPOILERS for Chainsaw Man episode 4A new scene added to 's anime not present in the original manga makes the already tragic character of Aki even more devastating.

Aki has always been one of the more dynamic characters in 's already incredibly three-dimensional cast whose relationship with Denji was destined to evolve beyond how the story originally presented it as can be seen in their Even anime-only fans who are only now experiencing for the first time can tell that Aki and Denji will one day become much closer than they already are. But that doesn't happen for quite some time - at least, not in the manga. In fact, manga readers were originally compelled to care more for Aki not because of how he treated Denji but due to his relationship with another character who was just introduced in the latest episode of the anime (though, her name hasn't been revealed yet).

In episode four of anime, Aki first has a serious chat with Denji at the hospital about Denji's latest exploits with Power and the Bat Devil before presenting a condition that Denji must accept in return for keeping his life. But then Aki updates Makima on the situation and proceeds to chalk up Denji and Power's rule-breaking to them just being stupid, ultimately recommending Makima overlook their transgressions. Makima is so surprised by Aki's request that she can't help but comment on how flexible Aki is getting and wonders aloud if he's being influenced by Denji.

What Makima's conversation with Aki means in Chainsaw Man 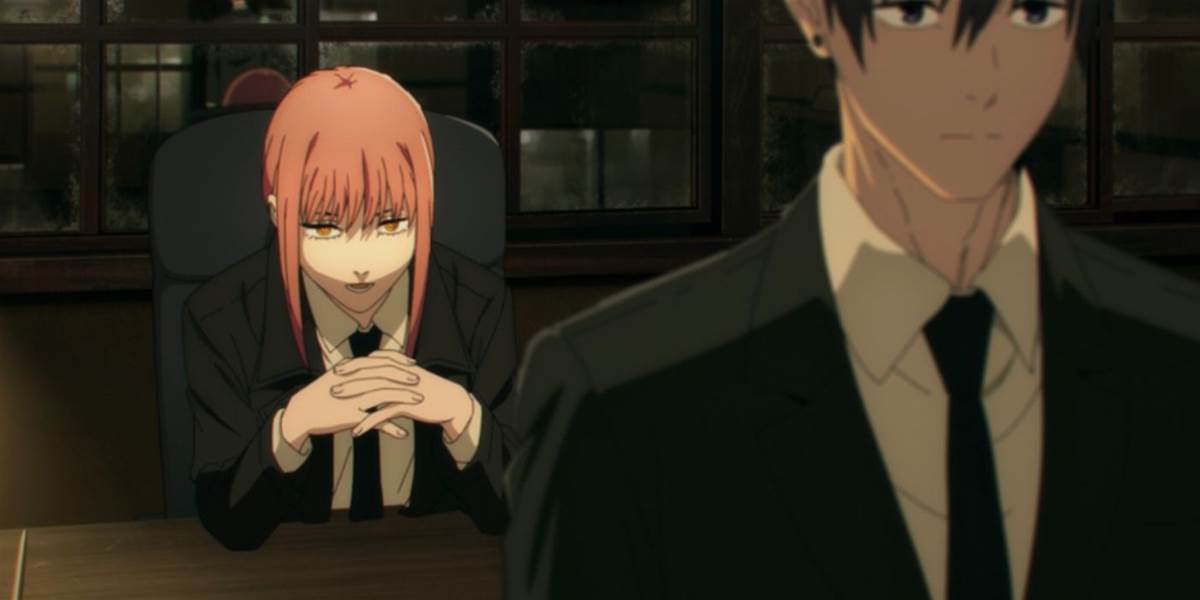 The latter scene where Aki reports to Makima in the anime is completely new and . Even though viewers were already aware that Aki was going to speak up for Denji and Power based on his earlier discussion with Denji, seeing Aki actually stand up for them without mentioning that he gave Denjii a condition adds another layer of context to the situation even though it doesn't reveal anything new. The fact that the anime shows Makima reacting to what appears to be kindness on Aki's part further underscores the viewer's surprise that Aki was even willing to give Denji a condition in the first place. Of course, this additional scene might not mean much to anime-only viewers, but for those who have already read the manga, it just further underscores how much Aki does change later on.

Of course, either the next or following episode will likely make anime-only viewers care more about Aki just based on what happens in the manga, and it has to do with Aki's relationship with a fellow devil hunter named Himeno, not Denji. It will be quite some time until the relationship in a different light, but how it will portray Himeno and her feelings for Aki along with her past devil hunter partners will definitely add some additional, much-needed context to truly understand Aki's overall character in .

is streaming now on Crunchyroll!