Warning: SPOILERS for Hunter X Hunter chapter #392One of the most popular characters in , the murderous but charming Hisoka Morrow, makes his much-awaited return in Yoshihiro Togashi's hit manga. Hisoka is currently locked in a deadly cat-and-mouse game with the powerful Phantom Troupe, and it seems that he has found some dangerous allies of his own.

Hisoka is one of the earliest characters to appear in , as one of the strongest participants in the 287th Hunter Exam, who immediately captures the interest of the protagonist Gon. Later, facing Hisoka is the reason why , which will become a prominent feature in the series. Since then, the character has made multiple appearances, mostly pursuing his goal of fighting against Chrollo Lucifer, one of the strongest Nen Practitioners in the world and the leader of the Phantom Troupe. Hisoka gets literally excited when facing powerful opponents in Nen battles, but with Chrollo he has bitten more than he can chew. During their fight at the Heavens Arena, , who decides that playtime is over, and immediately goes after the members of the Troupe, killing two of them.

In the current storyline, the Phantom Troupe and Hisoka have both boarded the Black Whale, an enormous cruise ship en route to the Dark Continent, a mysterious, unexplored land that hides great riches and terrible dangers. A lot of different plots are currently unraveling aboard the Black Whale, including for the Kakin throne. Meanwhile, Hisoka is hiding among the 200,000 passengers of the ship, and the Phantom Troupe has brokered a deal with the Kakin Mafia families to capture him. The Mafia wants to use Hisoka as a bargaining chip to control the powerful Troupe, so they have been using every resource to look for him. Finally, in chapter #392 of , two members of the Xi-Yu family find Hisoka, who immediately overpowers them, but apparently decides to play along and meet the family's boss.

What Does Hisoka's Return Mean For Hunter X Hunter? 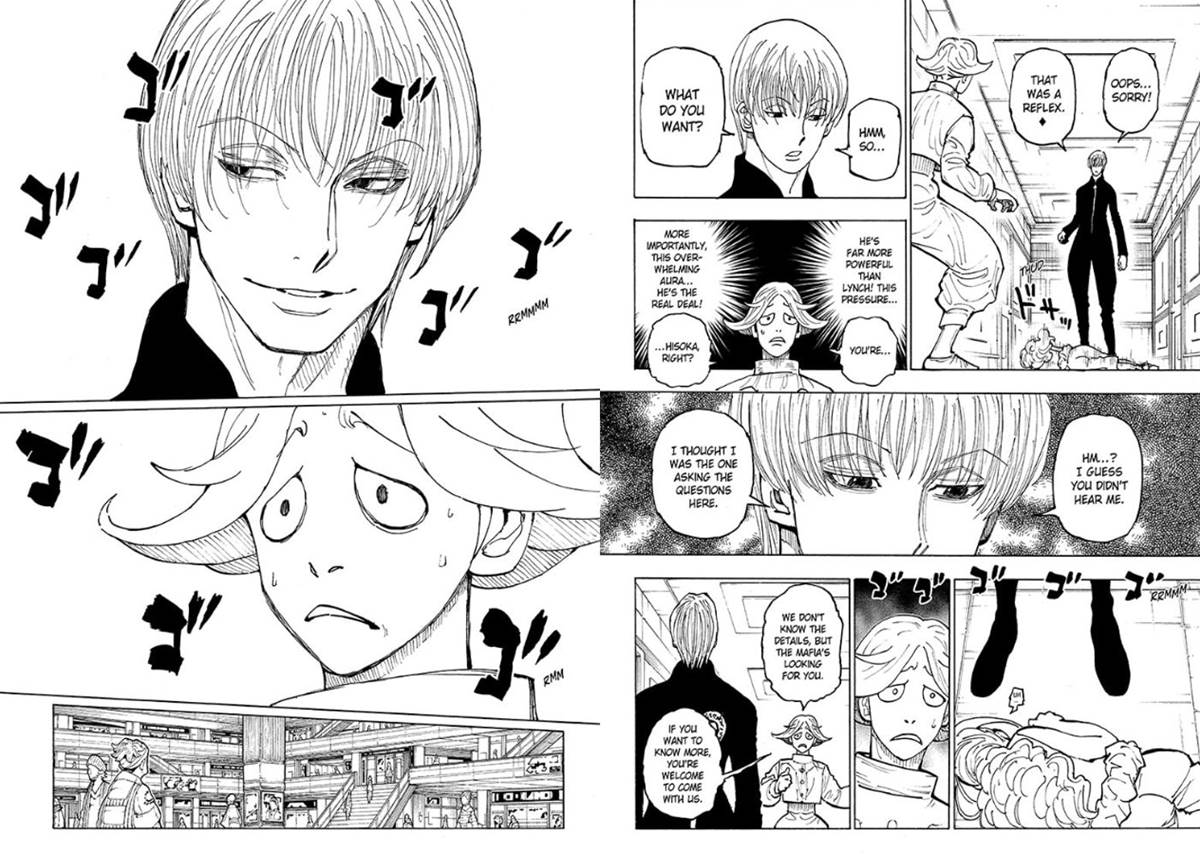 Hisoka's previous appearance was in chapter #357, published in 2016. , caused by Togashi's health issues, mean that popular characters like Killua and Gon have been missing from the story for as long as eight years. Hisoka's return, then, must be really appreciated by fans who had been longing to see this ever-popular character. The Succession Contest arc has been hurt by an excess of characters involved, with the Princes trying to assassinate each other and the Mafia families playing their part, meaning that even the Phantom Troupe has been sidelined. Hisoka's appearance in this chapter, then, could mean that the story will once again focus on the most popular characters. Hisoka's interactions with the Troupe are always great, and it will be interesting to say what role will be played by the newest member, .

The Kakin Mafia families are playing a very dangerous game by getting involved with Hisoka and the Phantom Troupe, which could turn the entire Black Whale into a slaughterhouse. The appearance of Hisoka could be a signal that, after returning from its long hiatus, has decided to focus again on its oldest and most popular characters.