Warning: SPOILERS for Chainsaw Man chapter 108New hero Asa Mitaka just discovered the massive potentiality of her already twisted and incredibly overpowered ability. It's not that this technique wasn't powerful already, just that Mitaka and even the War Devil herself who gave Mitaka this power didn't know what it was capable of.

Readers first saw in the first chapter of the series' second part. She could apparently weaponize people, as made evident when she transformed the spine of Mitaka's teacher into a sword, which then required her to unsheath the recently weaponized blade. then revealed that the War Devil could only accomplish this with those who belonged to her, which compelled the War Devil to force Mitaka into possessing certain characters.

Now, chapter 108 by Tatsuki Fujimoto has dropped another aspect of this unsettling power, and it has transformed the ability into an even more overpowered technique. To stop her , from killing their classmates, Mitaka attempts to weaponize her own clothes since they belong to her. This hail Mary of an attempt not only worked when her attire transformed into a massive blade, but it was able to completely eviscerate the Justice Devil in a stunning performance no one was expecting, not even the War Devil.

How Do Asa's New Powers Work in Chainsaw Man? 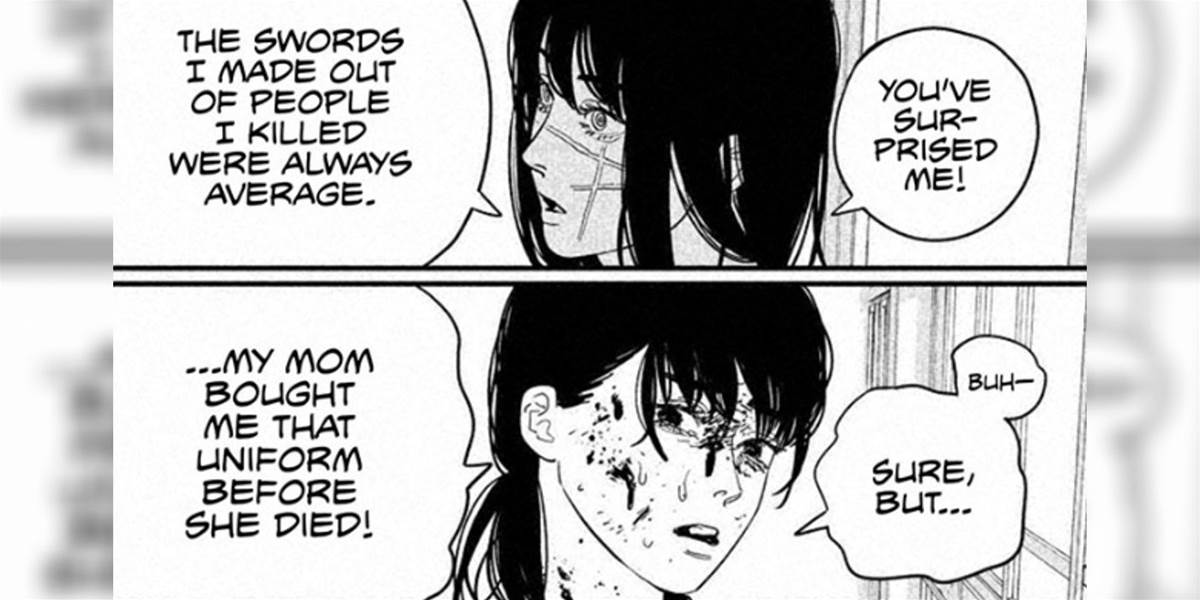 As the War Devil later says, the swords she had made out of humans were just average. Meanwhile, Mitaka's mother bought Mitaka these clothes before she died. This reveals three possibilities. Either the length of time that an object has belonged to the user or how much sentimentality the user has for the object affects its power as a weapon or even both. That would explain why the sword the War Devil made out of Mitaka's teacher's spine didn't cause as much damage as Mitaka's clothes. Mitaka's teacher didn't "belong" to her for an extensive amount of time since he only recently forced Mitaka's class president into Mitaka's life. Mitaka obviously didn't have a special relationship with her teacher, either, since he didn't feel like he could reach out to Mitaka directly. Just based on these potential conditions, it's understandable why the War Devil couldn't make Mitaka's teacher into a more powerful weapon than Mitaka's clothes. But the fact that the War Devil was able to make a rather explosive hand grenade out of the Justice Devil's hand during adds another dynamic to her conditions as well, where the level of severity in how violent the War Devil's victim comes into the War Devil's possession increases the converted weapon's effectiveness.

Regardless, it's a rather terrifying aspect of an already terribly powerful ability. What would happen if weaponized their own body parts? Those appendages have belonged to them since they were born or created, meaning that the strength behind them would be absolutely astronomical - even by 's standards.