The seemingly eternal battle between and and the long-standing question regarding which of the two fighters is actually more powerful could have been answered during the very first fight between the two Saiyans, one which would have marked Vegeta as the superior fighter–but thanks to the Z Fighters’ worst member, Vegeta was robbed of the victory he’d be chasing for decades to come.

Vegeta made his debut as a villain who invaded Planet Earth alongside his comrade, Nappa, in an effort to steal the Dragon Balls, wish for immortality, and then kill everyone on the planet and sell the vacant world to the highest bidder. For newer fans of the series, especially those who found a love for with the sequel, , it is initially shocking to see an established hero like Vegeta committing acts of such cruelty like he did in his debut saga. , tormenting and torturing his opponents as he wielded a power they couldn’t hope to achieve while taunting them with the destruction of their home planet. However, while Vegeta proved himself to be the most deadly villain the Z Fighters had faced up until that point, he was eventually defeated by the combined might of Dragon Ball’s ‘Mightiest Heroes,’ with the worst among them being responsible for delivering the greatest blow.

In chapter 235 by Akira Toriyama, Vegeta has the Z Fighters on the ropes with Goku all but defeated after their insanely violent battle. So, Vegeta decides to transform into a Great Ape and literally squeeze the last remaining bits of life out of Goku. However, before and earn his victory, none other than Yajirobe comes out of nowhere and slices Vegeta’s tail off with his sword, forcing the Saiyan to revert into his humanoid form. From there, the combined might of Krillin, Gohan, and Goku—who transfers the last remaining bits of his energy to Krillin—are successful in defeating Vegeta, forcing the prideful Saiyan to retreat in shame. 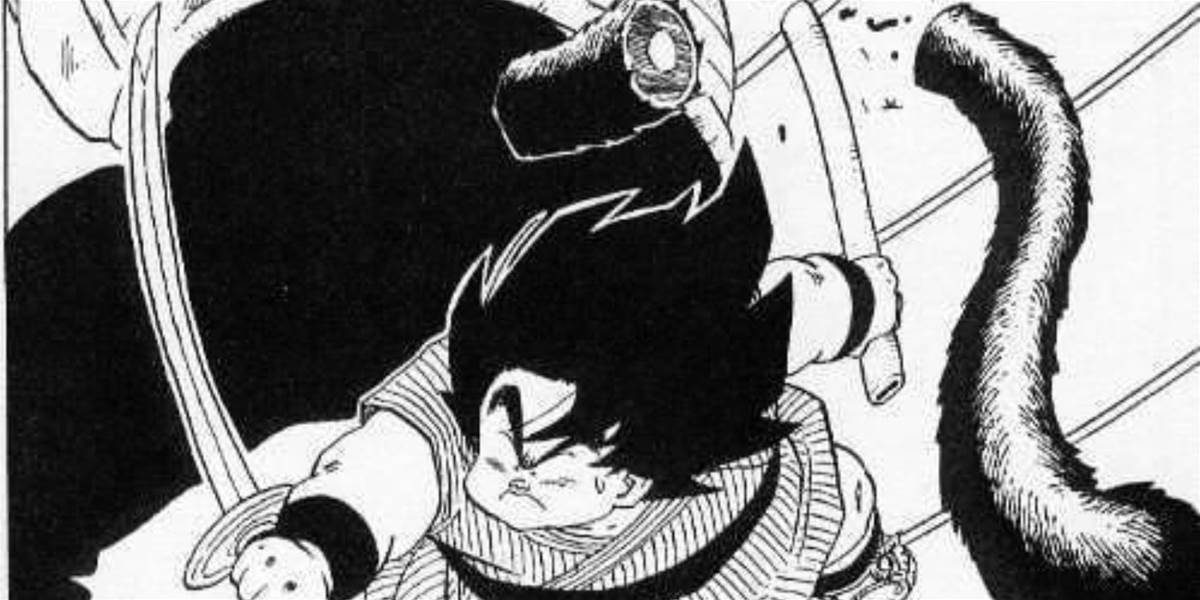 Yajirobe is an all-but-forgotten member of the Z Fighters who used to be way more useful than he is today. Yajirobe made his debut as a sword-wielding warrior who even killed one of King Piccolo’s minions with the swipe of his blade. Since then, however, Yajirobe’s character has devolved to the point where he is a liability to the Z Fighters and even to humanity as a whole–with his latest appearance in proving why he is actually the worst. In ’s “Future” Trunks Saga, Yajirobe survived the and lives among the remaining factions of humanity. However, instead of using his proven abilities to help humanity survive, Yajirobe mostly just hides and only makes himself known when there is food available. Not only that, but Yajirobe actually hoards food for himself, quite literally taking it out of the mouths of starving children, all the while being completely useless to the cause.

While he was responsible for some epic feats of strength in his early days, Yajirobe has since proven himself to be the absolute worst–which makes Vegeta’s defeat by his hand all the more infuriating. Even though Vegeta didn’t know it at the time, Yajirobe cost him a victory that he would work tirelessly to achieve throughout the rest of his career. No matter , Vegeta could have always found solace in the fact that he defeated him during their first fight, but that peace of mind was completely stolen from him by ’s worst fighter, Yajirobe.