Warning: SPOILERS for Chainsaw Man chapter 109Denji just inadvertently albeit hilariously turned his greatest weakness into a major advantage in the manga. It's a drastic flaw that even anime-only viewers would be able to understand and appreciate, especially based on the latest episode of the anime out now on Crunchyroll and Hulu.

When a few chapters ago, had clearly revived his most immature but understandable side of him - one that's currently the only thing anime-only viewers really know about him. Denji wants girls, and the best way for that to happen is for them to realize that he's Chainsaw Manbecause the human-devil hybrid is quite popular with the ladies.

This could understandably lead to some major complications for the girl-crazy hero in the manga's current story, but it actually allowed him to defeat the Justice Devil in chapter 109 of by mangaka Tatsuki Fujimoto. As the Justice Devil has demonstrated quite well already, she can read anyone's thoughts, which is a handy ability to have when fighting because she can see what her opponent is going to do next and react accordingly. But when Denji starts attacking her, all he's thinking about is the best way for him to reveal himself as Chainsaw Man, preventing the Justice Devil from successfully anticipating and countering his attacks. This in turn allows Denji to hack her up into bits and win (which when the Justice Devil possessed another student). 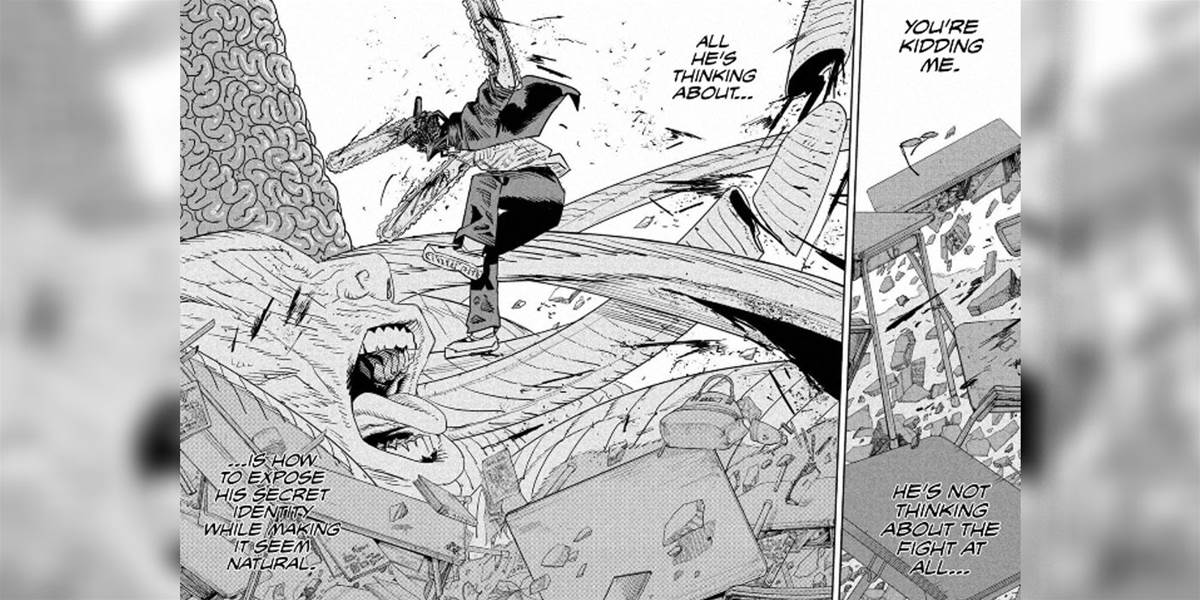 Although the series has yet to actually show that Denji's obsession with outing himself is a weakness, recent chapters have strongly alluded to this through the concerns and actions of . Yoshida has not only articulated numerous times that his goal is to prevent Denji from exposing his identity, but he just forcibly ended a conversation Denji was having with the series' new hero Asa Mitaka because he was about to tell her that he's Chainsaw Man. That said, the War Devil (who now possesses Mitaka) knows the truth, and her number-one goal is to kill him while causing him to puke out all the nukes that he's eaten. Now the question is if the War Devil will keep this knowledge from Mitaka for her own benefit since Mitaka's ignorance means that she won't go out of her way to prevent the War Devil from doing the deed.

Of course, with the Justice Devil now defeated, Denji can no longer be advantageous with his one-track mind, so the only advantage that this weakness had is gone. Now it's just a complete liability like before. Anime-only viewers are already beginning to see this through Denji's interactions with Makima. Although the implications have yet to be fully realized, the rather steamy scene he just shared with her in episode five allowed Makima to easily convince Denji . Those who've read part one of know for sure, however, that this is a definite weakness indeed.