The deadliest assassin from , Yor Forger, has been fused with Shoko Komi from in an absolutely adorable piece of fan art. has become one of the biggest hits of the past few years in the anime community. Undergoing its second season at the moment, the story focusing on a family of spies with special abilities has won the hearts of countless people because of its humor and interesting story. , has become quite popular, however, another member of the Forger family has proven herself to be a fan-favorite.

Yor Forger is an assassin that joined the family to provide cover for herself and avoid suspicion of her secret life. Whenever she isn't hiding in the public eye as Loid Forger's wife, she's moonlighting as the "Thorn Princess" and carrying out orders to kill certain targets. Her special set of skills have led to as well as some of the funniest, but it's her love for her work that makes her such an endearing character. Her life as an assassin is exciting for her, and one fanart fusion perfectly captures this by merging her with another popular anime character.

In an adorable piece of fanart on Twitter from , Yor is drawn in the style of the hit Netflix anime . Similar to Komi in that series, her eyes are massive with a non-existent mouth to highlight her emotions. Her pupils are starry as she looks on in excitement at what could be her next target. The best feature is the cat ears that are core to Komi's character as they accentuate Yor's Thorn Princess outfit. It's a stunning fusion of two anime that have very little in common 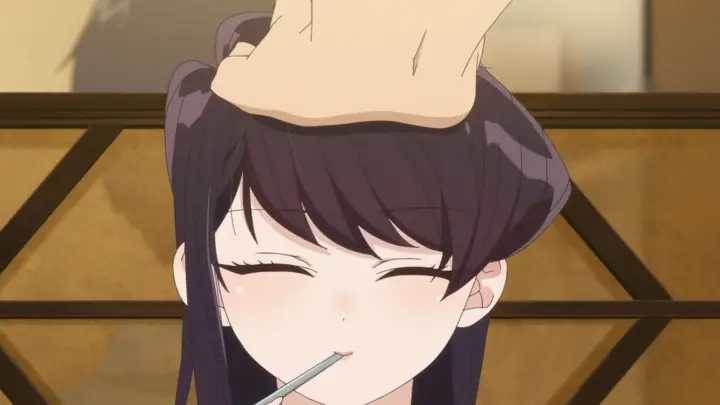 The best thing about this fanart is that it perfectly represents one of Komi's most adorable emotions throughout the show. Since Komi is a character that has difficulty with speaking to others, a lot of her emotions and thoughts are displayed through how her face is drawn. Some examples can include intense shading around the eyes to represent fear or fading of the pupils to show anxiety. This has allowed the series to make . However, whenever a pair of cat ears pop up, it clues the viewer in that she's excited and happy. Cats are some of Komi's favorite things in the whole world, so giving her cat ears is a way to show her at her calmest and most confident. The choice to use this design for Yor was perfect because of her love for her job as an assassin, so being the Thorn Princess would essentially spark excitement that would trigger the cat ears Komi is known for in that anime.

While Komi and Yor have very little in common character-wise, it's amazing to see fanart like this find a way to bring the two opposites together. The choice to focus on their reactions to things that make them happy rather than the things themselves allows the two to merge quite well into a delightful piece of fanart. and are some of the most popular anime today, and Princess Hinghoi Lite's tribute to both shows' lovable characters is an adorable way to celebrate them.