The manga teases that there could be a second Chainsaw Devil lurking around, one that is completely separated from Denji. In chapter #111 of Tatsuki Fujimoto's manga, a mysterious creature looking exactly like the Chainsaw Devil appears and kills Yuko, a human-devil hybrid, while Denji is soundly sleeping, meaning that someone, or something, else can transform into Chainsaw Man.

has not put a lot of attention on the supposed protagonist, Denji, until now, deciding instead to focus on a new character, Asa Mitaka, a high school girl who was killed and then became the host of the War Devil, turning into a Fiend. The story has revolved around Asa and her friend, Yuko, who makes a contract with the Justice Devil to kill the bullies in her school but ends up being defeated by Chainsaw Man. Yuko's fate, however, sets up a new, interesting development that seems to put Denji and the Chainsaw Man once again at the center of the story.

In chapter #111 of Chainsaw Man, Yuko pays a nightly visit to Asa after the bloody battle at school. It is revealed that Yuko has survived, but she has turned into a devil herself, obtaining a hybrid form. Fearing losing control over her instincts, and leaves, hoping to find a cure for her condition. The scene then shifts and shows the characters sleeping, including Denji. The morning after, Yuko wakes up to find her head detached from her body and a figure whose silhouette looks like Chainsaw Man standing over her.

Who Is The Second, Mysterious Chainsaw Man? 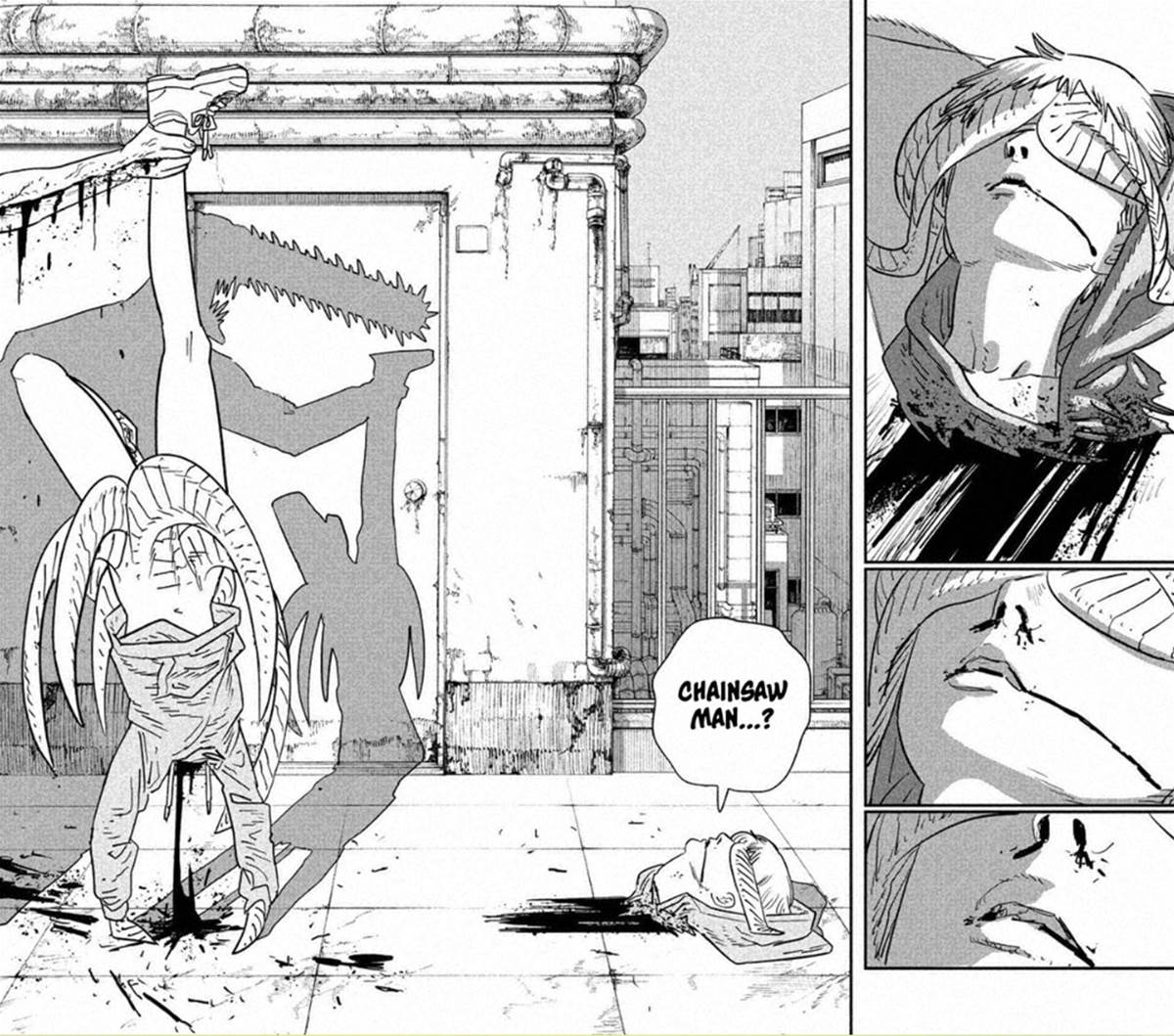 Considering that Denji does not appear at all in the chapter, showing him sleeping right before this scene serves to pass the message that this is a new and different Chainsaw Man, or Chainsaw Devil. In theory, this shouldn't be possible, because only one devil of each kind exists, but there are some plausible explanations. In Part 1, , Denji showed the ability to create duplicates of himself by detaching pieces of his body and using the Chainsaw Devil's impressive regenerative abilities. The creature appearing in chapter #111 could then be another duplicate created by Denji, but also something darker, perhaps an aspect of the original Chainsaw Devil come to life or a whole other devil that is impersonating Chainsaw Man.

Some fans theorized that this could be the Justice Devil, who could have also survived the battle at school, and has taken the form of Chainsaw Man because the latter has become the embodiment of 'justice' due to . Regardless of what the truth about this new, second Chainsaw Man will be, this plot twist has the merit to bring Denji back to the center of the story.