reveals a new, shocking truth about . In chapter #111, Yuko, a girl who has been transformed into a human-devil hybrid as a result of a contract with the Justice Devil, says that there could be a way to become human again, which changes everything that readers knew about devils.

In , devils have three main ways to interact with humans. One is to form a contract, which gives humans certain benefits or powers in exchange for something valuable. The other is to take over a human corpse, creating a creature called Fiend, which is essentially a devil in human form, like . Finally, hybrids are rare cases of live humans fused with devils, which is usually achieved through a contract, as happened with Denji and Pochita (the Chainsaw Devil). In any case, a human that becomes fused or alters himself through a devil's power has no way to turn back, or at least that's what was previously believed.

Recent chapters of have introduced in order to punish the bullies in her school. Asa obtained the power to read minds and transform into a giant devil-like creature. After being apparently killed by Chainsaw Man, Yuko survives, but she is completely changed. According to her, she turned into a devil, but her form actually resembles a hybrid more. In chapter #111, Yuko, before saying farewell to her friend Asa, reveals that she will visit a distant relative who is a devil hunter because there could be a way to turn her human again.

Chainsaw Man Is Starting To Reveal More About Devil-Human Hybrids 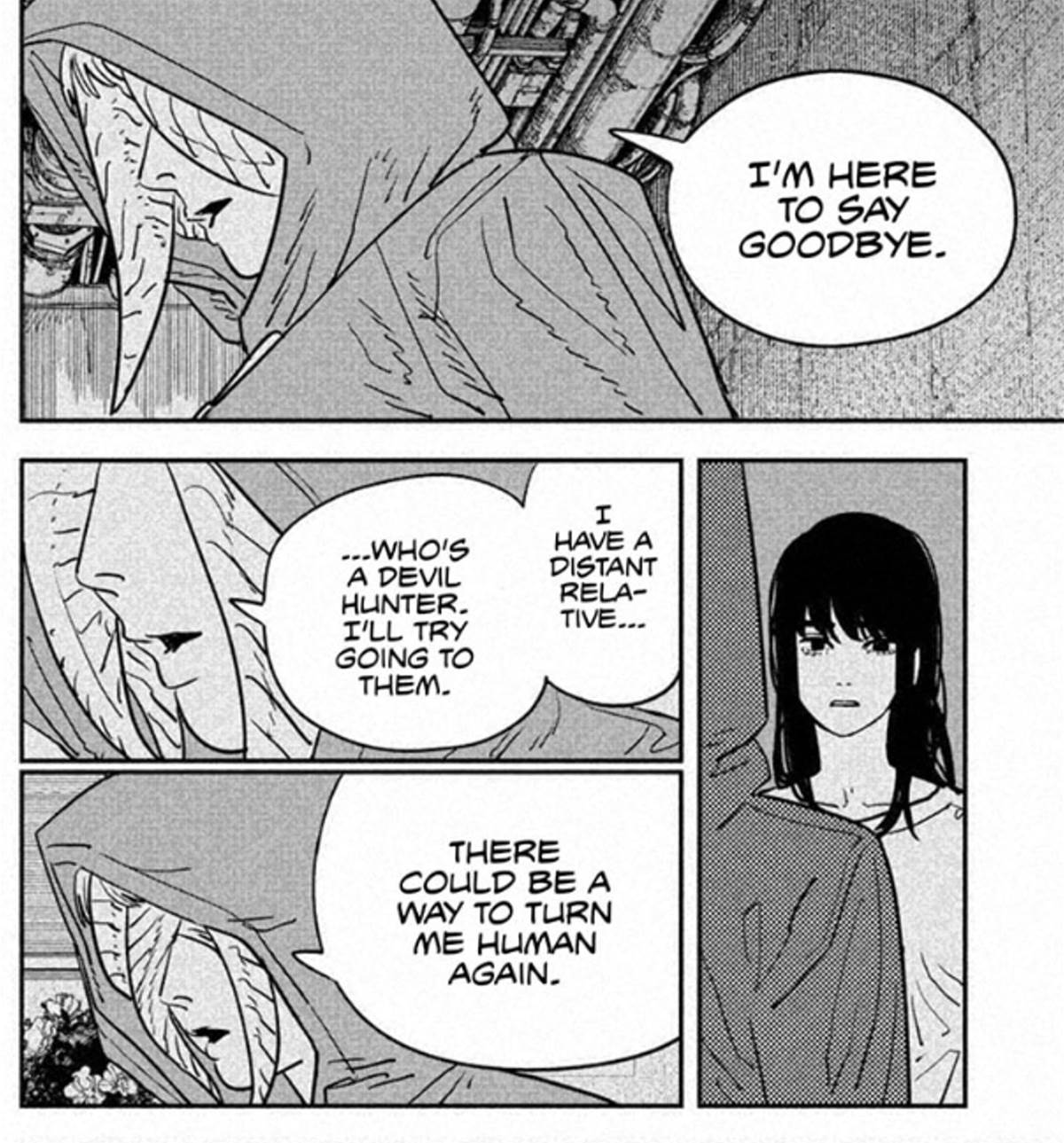 Not much is known about devils' ecology yet. Tatsuki Fujimoto has been a little scarce on technical details in his manga, so it's not clear what Yuko means when she says that she has turned into a devil. from humans, which is why they can take over their bodies only after death or through a contract. In the second case, the human preserves his personality and memories, which seems to be Yuko's case, but she also implies that the Justice Devil is free somewhere, meaning that she is not exactly a hybrid. What is most interesting, however, is Yuko's reference to a method to restore her humanity, which means that Denji, for example, could turn back into a human.

It's unlikely that Denji would ever want to turn back, unless this would also restore , but this method could be forcefully used on him as a way of defeating Chainsaw Man. Hybrids are still one of the biggest mysteries in , and this new revelation may change everything that readers know about devils.