Anya's powers in have yet to be properly explained in both the anime and the manga, but several hints suggest that their origin is much darker than first let on.  ironically wholesome family comedy, with her telepathic abilities being a major feature of the whole show. Not only does her ability to peek into the minds of others reveal information to the audience that they'd never be privy to otherwise, but she uses her abilities to help or advance the story on several occasions. So it'd be rather strange for these powers of hers to serve no greater purpose in-universe, but it's something even the manga seems aware of if the hints littered throughout the story are anything to go by.

is a Shonen manga, beginning publication on Shonen Jump+ in 2019. Mangaka Endo Tatsuya created the series at the behest of his editor after the success of a number of one-shot projects. Much of  to Endo-sensei picking out details that worked well in prior stories and applying them to this one. Anya, specifically, was based on two of the characters of previous works. Her design was directly lifted from the eponymous Ashe of . Her nature as an exuberant child with powers she can barely control was meanwhile pulled from the child lead of , Misha. And just like both characters, Anya may well have a darker backstory than one might expect.

Based on a number of hints, it's entirely possible that Anya's powers are more deliberate than first let on. The way Anya is treated by the scientists she's been left in the "care" of - disregarding her wishes for a family and a childhood in order to train her and make her into some sort of agent - blatantly suggests a bare agenda. This makes sense within the world as it's clear, based on , that all sides are involved in clandestine operations of numerous forms to undermine or outright attack the others. It's evident that whatever these experiments were, even if the specific nature of her abilities was unplanned, the goal was there from the beginning to create some sort of weapon or asset for the purpose of combating the opposing side in the conflict. 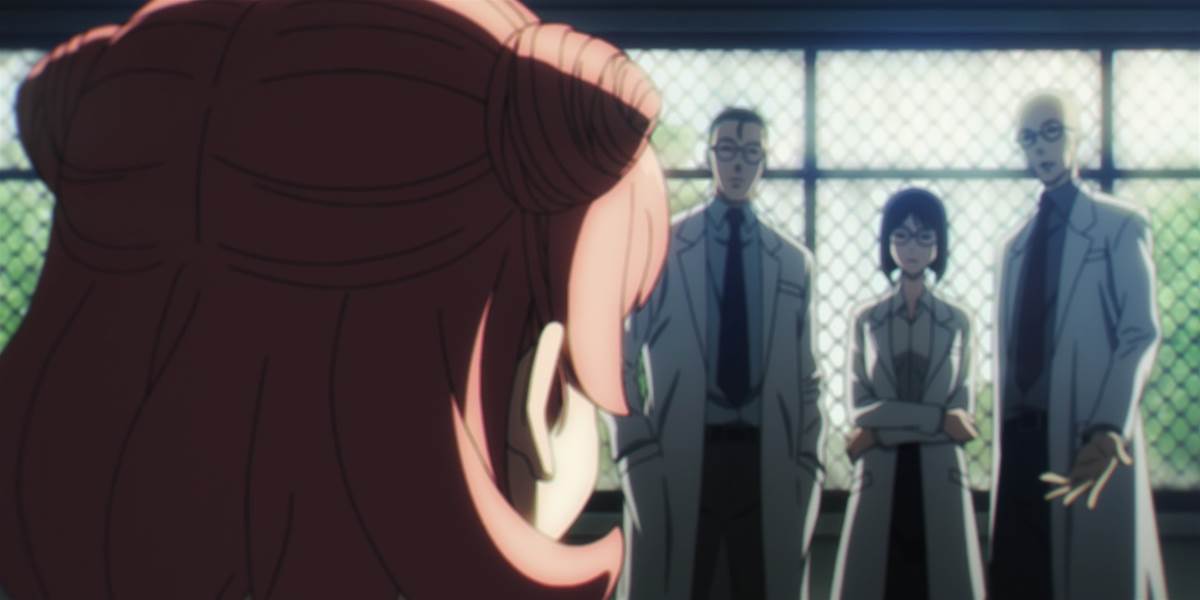 It certainly holds dark implications for the origins of her powers, especially when one starts to ponder questions that haven't been answered. Only a brief bit of fairly generic background is ever given in with regard to Anya's history and powers. Most of the important details are left open, such as what these experiments even were that they were doing on toddlers. What was the nature of the "accident" that gave her these abilities in the first place? Or was Anya somehow genetically engineered with unintended abilities? All of this is left fairly intentionally vague, but her simply being a nondescript "accident" isn't especially compelling or satisfying.

In the  episode 4, Anya is pressed about her previous mother. Her reaction to that question suggests a tragic story around the subject. Anya was a product of the war. The fact that Anya named herself in the bit of background that's given suggests that if she had a mother figure at all, she was likely connected to these experiments and Anya was separated from her at some point. This could even play into Anya's abandonment complex as perhaps her "" is the one who left her as a result of her powers, or that's at least what the other scientists told her. This would track with the character of Misha in Ishi ni Usubeni, Tetsu ni Hoshi, who Anya was partially inspired by, whose mother likewise effectively abandoned her. Whatever the nature of Anya's powers are, the SPY x FAMILY anime and the manga both seem to point to a larger significance and far darker origin story to her character than what audiences have been led to believe.