Adapted from a manga of the same name by Tatsuki Fujimoto, anime series comes courtesy of Studio MAPPA who anime fans will recognize as the animation house behind later seasons and the recent smash hit . Carrying gory action, deep characters, and a more thoughtful tone, . With a pedigree like that, anime adaptation has a lot to live up to.

tells the story of a young man named Denji who is crushed under a mountain of debt inherited from his dead father. Taking jobs killing minor devils for the Yakuza and selling pieces off his own body like one of his eyes, Denji ekes out a meager existence with his Chainsaw Devil Pochita. However, it doesn't take long for Denji to face a devil far above his capabilities, leading him to become the titular Chainsaw Man in his hour of need. The episode ends with the arrival of a woman named Makima who offers Denji a deceptive choice, either work for her and the government hunting devils, or die by her hand. 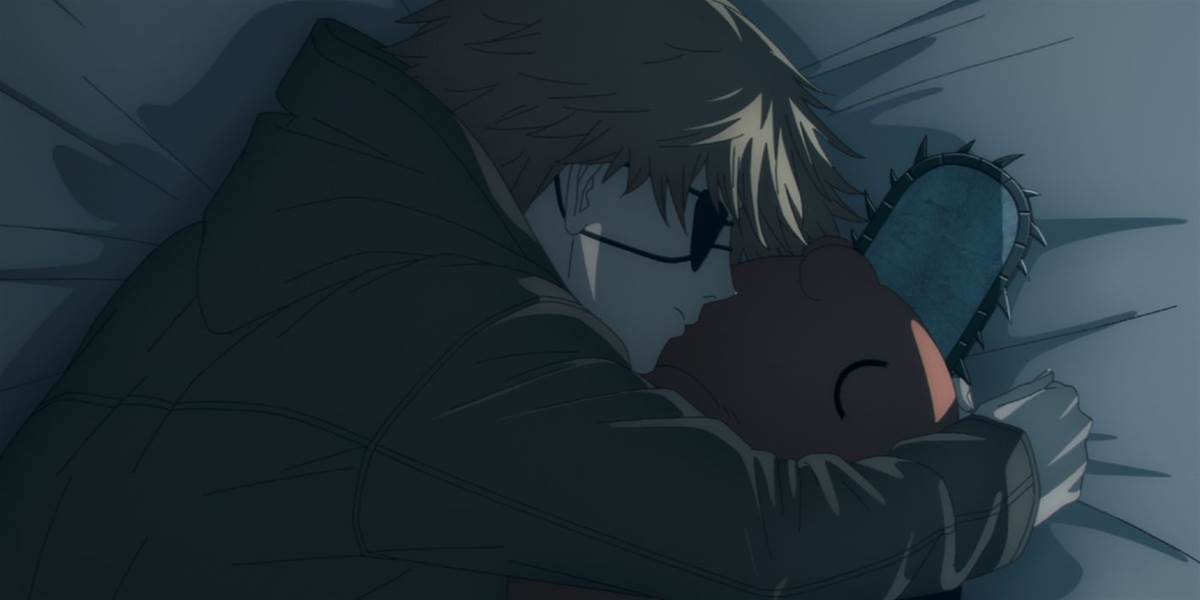 When watching , it's difficult not to pick up on a disconnect between its bombastic title/hero and its actual tone. While the titular Chainsaw Man is a protagonist cast in the mold of hungry loudmouths like Naruto and Luffy, the anime is more introspective and quiet than first impressions suggest. There is a sense that and shonen series like it. While isolation makes characters like Naruto capable of tremendous good, Denji's isolation has instead left him desperate for affection and easy to manipulate. Through reserved direction that emphasizes small moments, the audience understands how Denji's loneliness far better than he ever will. None of that is to suggest that the action scenes are lacking though as they're filled with as much bloody action as expected. All of it combines to create an anime that feels like it will define an entire generation of anime and manga fans.

If there is one flaw that's apparent in this first episode, it is (as many anime fans feared) the use of CGI for some action scenes. It is hardly egregious, and isn't even bad really, but is still worth pointing out. Other than that one blemish though, first episode feels like a paradigm shift for the world of shonen action anime. With its combination of introspection and thrilling fights, it is the kind of thoughtful action series that will likely appeal to younger fans as much as older ones. This is without a doubt one of . If there's one anime premier to watch in 2022, it's .