Many shonen series either keep romance at a bare minimum or ignore this dynamic while , which is arguably the most gruesome and ostensibly less cutesy manga out there today, actually embraces the very foundations of the most ridiculed aspects of this apparently uncharacteristic shonen genre - the romantic comedy.

Although there are many culprits among the big , probably stands supreme as the worst perpetrator. Mangaka Eiichiro Oda himself stated at the end of an early chapter that his story's intended demographic, young boys, are not interested in romance, which is why romance was never a major theme in. Yet , which is arguably one of the biggest new-generation shonen series today, not only incorporates romance but assigns these deep emotions to play major roles in each character's development as well as the construction of the world as a whole. What further cements the importance of romantic elements in 's foundation is that mangaka Fujimoto is continuing this very practice that he began in part one of his series in the second and currently ongoing segment.

In , a new villain known as the War Devil is trying to infiltrate a school that she believes Chainsaw Man is attending. To help amass power against him, she endeavors to transform people into her own weapons, but this can only be accomplished if she owns the intended target. And her latest attempt is by trying to get a boy, the devil hunter Hirofumi Yoshida, to be her boyfriend. The problem is that the devil does this by taking over her host's body, a girl named Asa Mitaka, embarrassing Mitaka herself to no end, especially since he downright rejects her advances. But what makes matters worse, Mitaka (and the War Devil) join the school's devil hunter club, and they are assigned to a group that includes Yoshida himself, exacerbating Mitaka's embarrassment further since she's under the obvious impression that he believes she asked him out not a devil (in a rather awkward way, too). 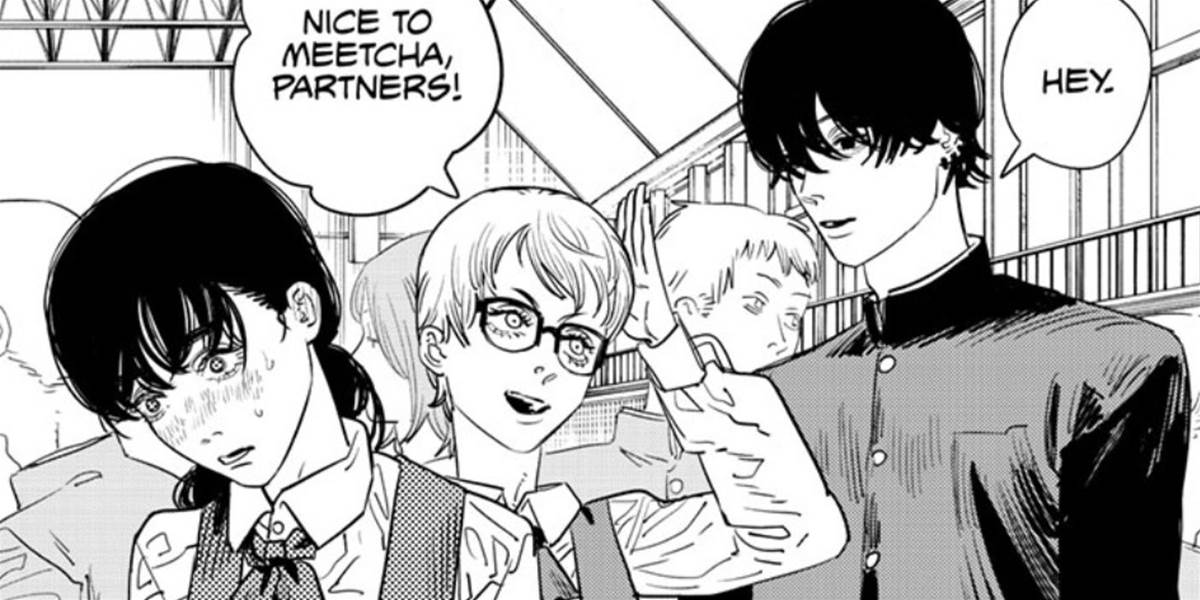 It's obvious by how Fujimoto has set up the story thus far that Mitaka and Yoshida's interactions - and even the entire school devil hunter group dynamic - will be influenced by the War Devil's earlier romantic gesture that, while employed as a means to control him, is derived from a romantic ritual known as "asking someone out." Even though the  to use the attached spine as a blade and intends on performing similar gruesome acts to as many other characters as possible, the main events will most assuredly be driven by this deliciously cliche rom-com element, making it a core theme of the story. Of course, critics will point out the fact that is no longer a Shonen Jump title and is now relegated to the spin-off online-only version of the publication known as Shonen Jump+ in Japan and MANGA Plus domestically. Although published for different reasons, a high percentage of series on MANGA Plus are there because their content doesn't fit Shonen Jump's normal demographic, teenaged boys. This could be because they are geared more towards shojo, for teenage girls, or are just too explicit. Could now be on MANGA Plus because there's too much romance? It's possible, but the more likely reason is that it's just too violent, as made evident by the War Devil's whole spine-sword scene.

Regardless, is still a shonen, and even though the first part of the series greatly revolved around , it was massively popular, and the first two chapters of part two have proven to be equally as successful despite the massive focus on romance.