The smash-hit anime has just finished the first half of its first season. Westalis' best spy Twilight is assigned to carry out Operation Strix: get close to a politician in the neighboring country of Ostania and gather intel to prevent him from starting a war.

For this to work, Twilight (assuming the name Loid Forger) must have a wife and child. He adopts young Anya without knowing she's telepathic, and marries civil servant Yor without knowing she's secretly an assassin. There are many sweet moments throughout the show as they truly become a family and make outside friends as well.

Anya Chooses Loid As Her Father 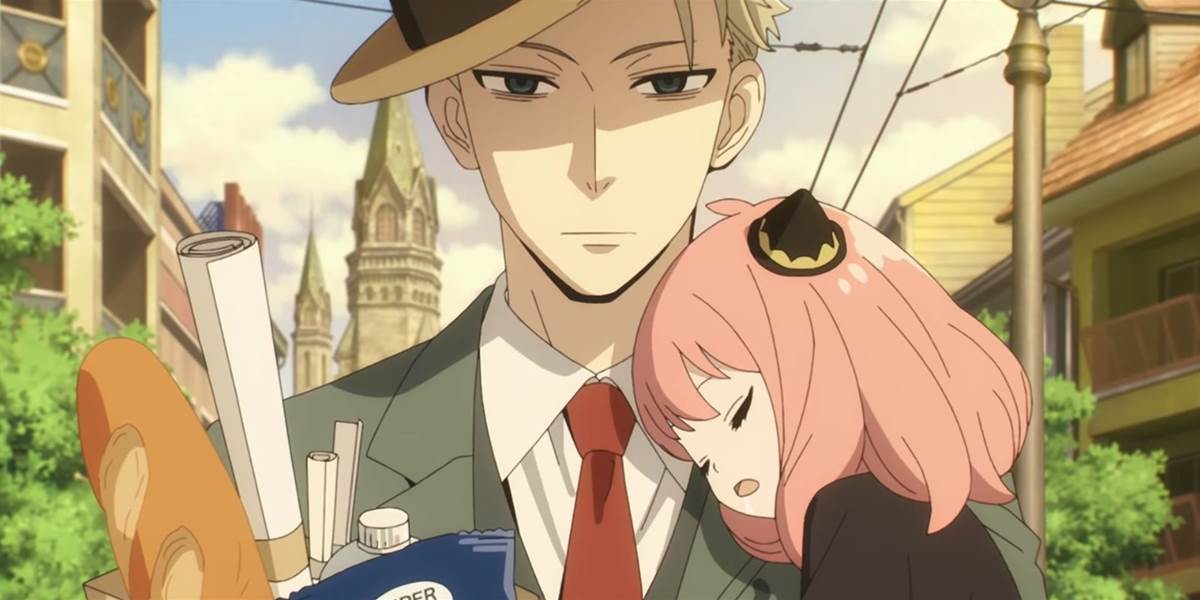 Loid starts off seeing his pretend family as only a practical arrangement and doesn't intend to get attached. Having lost his own parents and having no idea how children behave, he gets off to a rocky start with Anya.

When Anya is kidnapped by his enemies, Loid disguises himself to rescue her, berating himself for putting her in danger. He gives her a note and tries to direct her to a WISE agent that will put her in a better home. Anya reads his mind and refuses to go, saying she only wants her papa. Loid realizes that Anya doesn't just not want to be alone: she wants himto be her father. 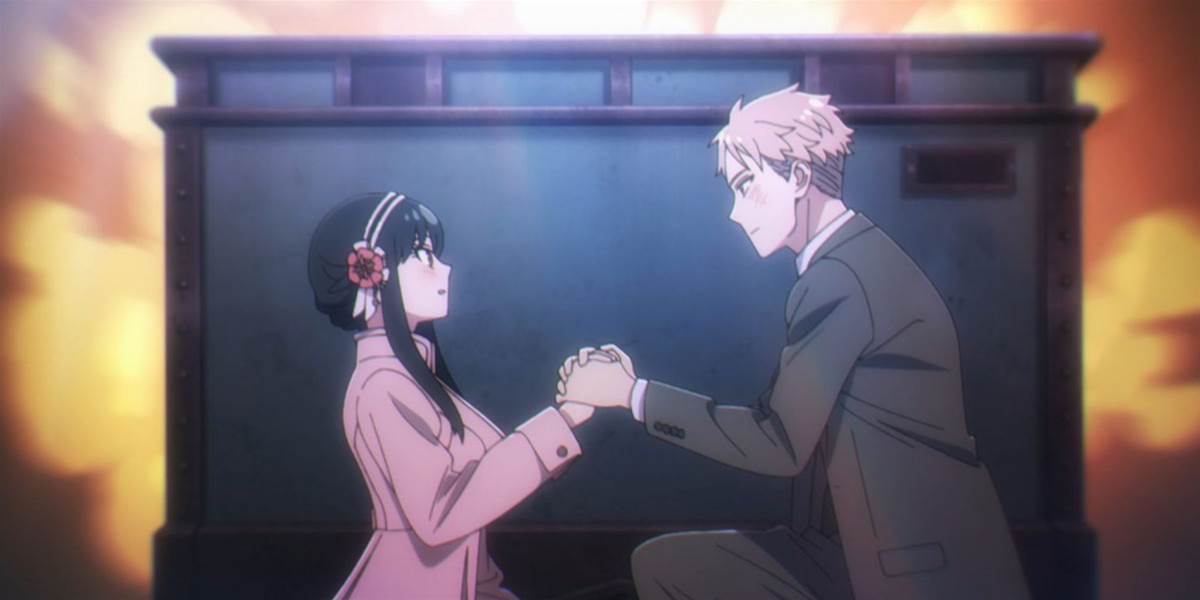 The way Loid proposes to Yor is a great example of what a they are. Their abnormal upbringings mean that their odd logic and various eccentricities mesh well together (though of course, neither of them realizes how weird they really are), so when enemy spies attack Loid and Yor fends them off barehanded, both of them easily buy the other's wild cover stories.

As they hide behind a dumpster, Loid uses the pin from a grenade he just threw in lieu of a ring to propose to Yor, so he can have a wife for Anya's school interview and Yor will no longer be suspiciously single. Yor happily accepts. The grenade then explodes behind them. 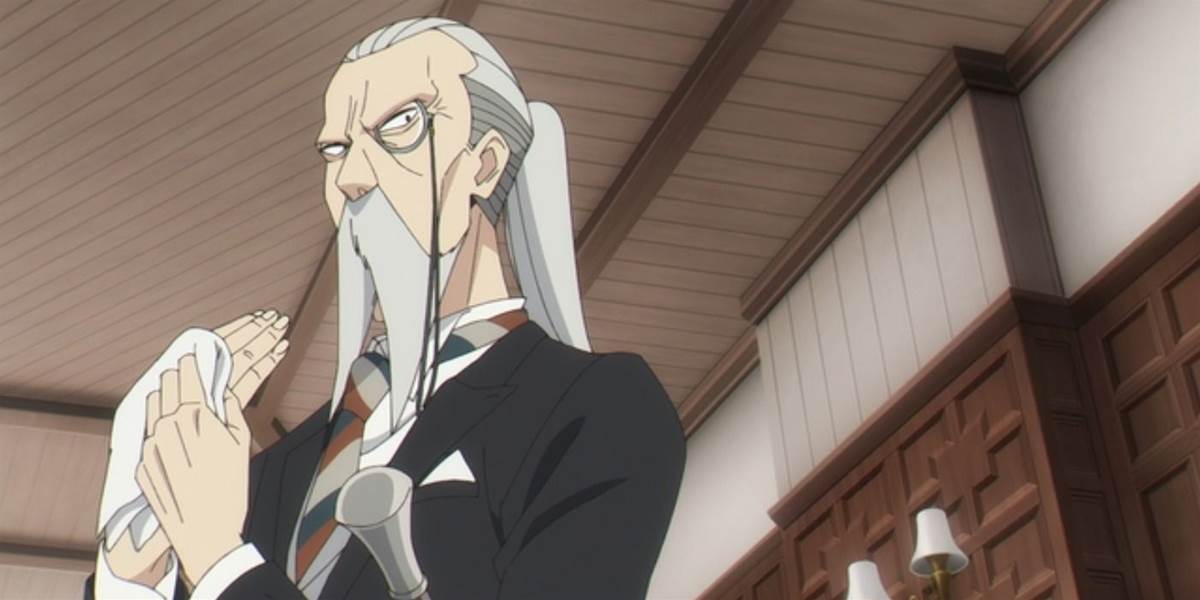 The elite Eden College has a strict admissions process. This includes a family interview between the child, parents, and teachers, for which Loid spends hours upon hours training Yor and Anya for. What they did not prepare for was Swan, a teacher with a chip on his shoulder who bullies Anya into tears. This leads a furious Loid and Yor to leave the interview early to protect her feelings despite it blowing their chances.

While they both barely hold back from pummeling Swan, veteran teacher Henry Henderson decides to go for it himself. Henderson is passionate about upholding the high standards of Eden, and despite the risk to his job, decks Swan directly in the face - elegantly wiping his knuckles with a handkerchief afterward. 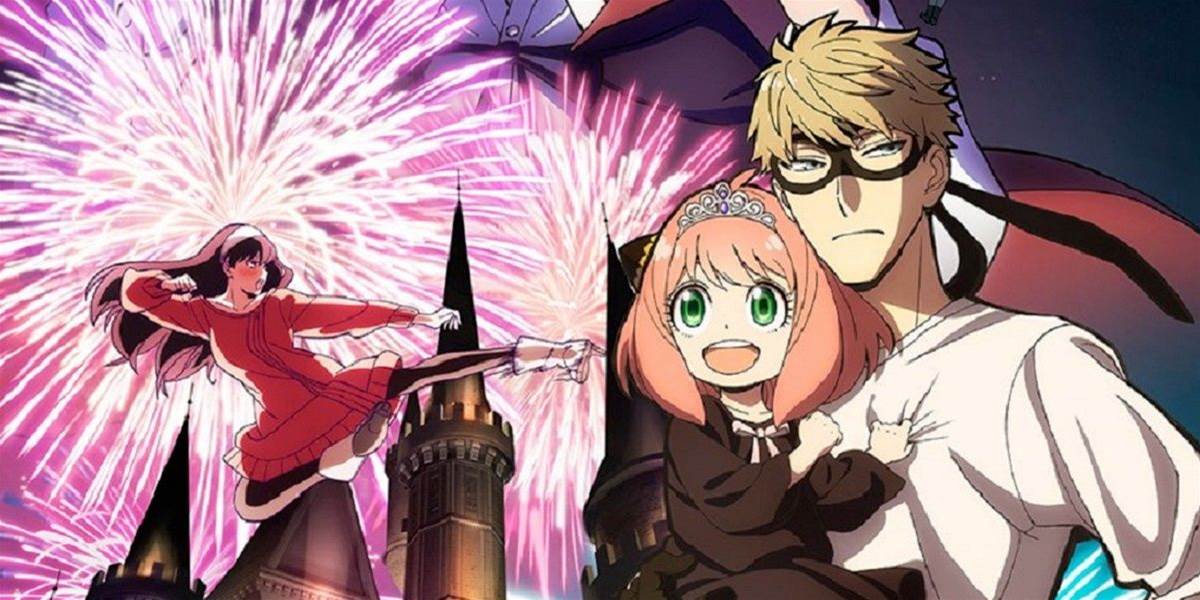 The episode "Will They Pass or Fail" is one of the best examples of how . When Loid promises Anya a reward for hard work, Anya says she wants to do a mission from her favorite spy cartoon. Loid's information broker friend Franky immediately leaps into action making this a reality.

Franky rents a castle, chews the scenery playing the villain, and calls in every WISE agent he can to play his minions. (The agents, for their part, are all enthusiastic about helping Twilight entertain his daughter.) Even Loid, despite feeling in over his head, never breaks his hero character. The whole spectacle delights Anya. 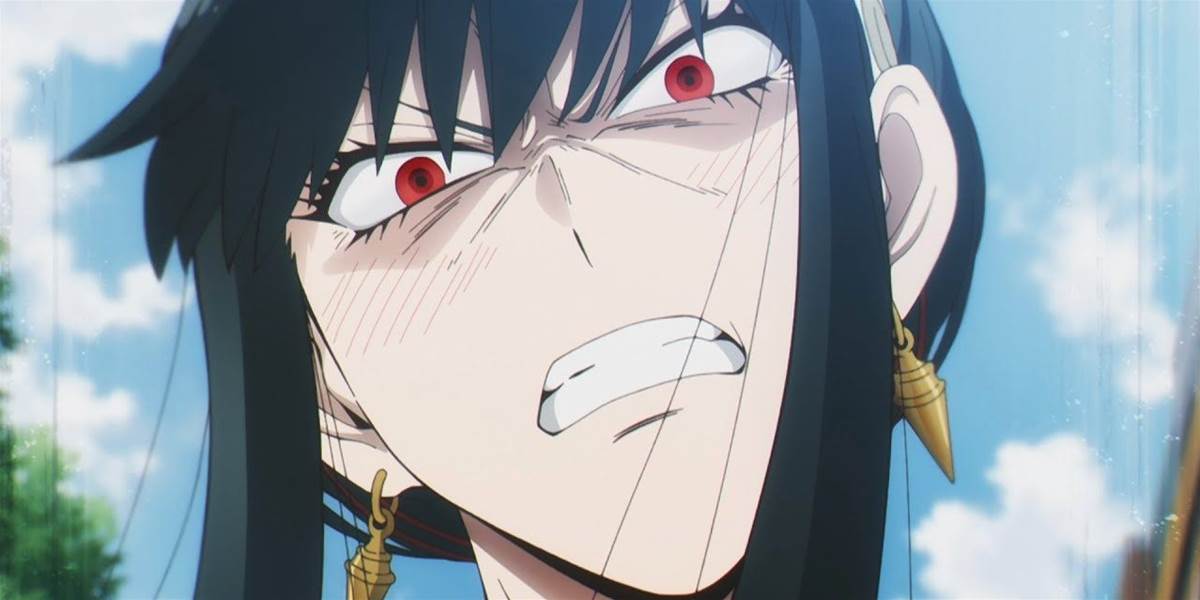 Yor is genuinely sweet and kind: despite the ruthlessness she shows in her work, she is fueled by the desire to protect the innocent and provide for her loved ones. She instantly adores her adoptive daughter Anya, often worrying about her capabilities as a parent, and will leap to defend her at the slightest hint of danger.

In the episode "The Friendship Scheme," thugs see Anya's Eden College uniform and attempt to kidnap her for ransom, mocking Yor for being a "bad maid." When one tries to throw a pumpkin at her, Yor breaks the thick vegetable to pieces with her bare hand and screams, "I am that girl's If you don't want to end up like those vegetables, get out of here!" The thugs promptly run for their lives. 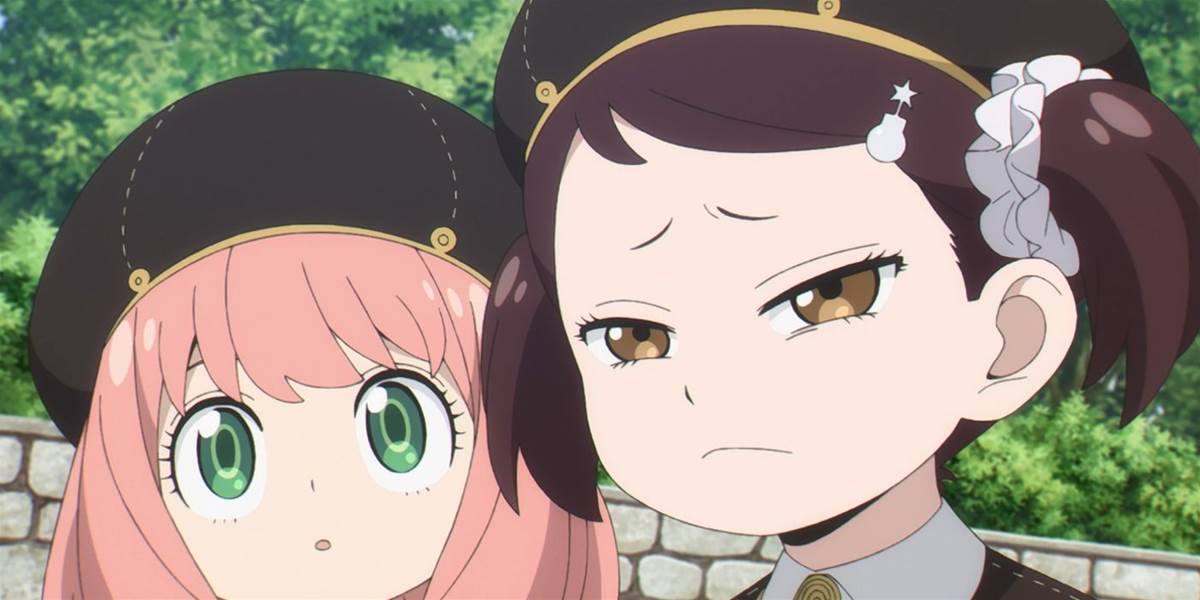 Despite being  has some trouble fitting in at Eden College, between her average background, struggles with the difficult work, and lack of social skills. However, there is a single student ready to befriend the outcast: Becky Blackbell.

Though she can be blunt and less than sensitive at times, Becky is friendly with Anya from the moment they meet, helping her fit in and loudly defending her when other students bully her. Anya enjoys spending school days with her, and it is implied that the girls are each other's only friends. 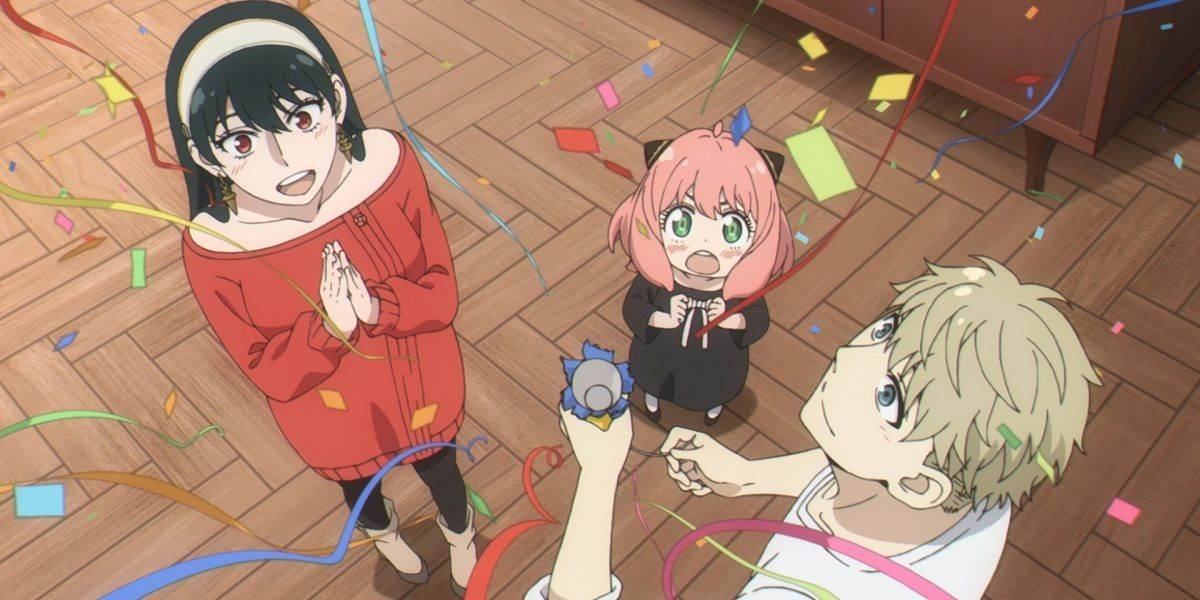 Anya's telepathy isn't an educational shortcut: she still needs to work hard to get by at Eden. Because she is actually younger than her classmates, the work is difficult for her, and because of her history as a constantly-tested lab subject, she hates studying, math especially.

Loid tries to teach her, but his methods do not get through to Anya, frustrating both of them. Then Loid notices Anya applying fractions to scenarios in her cartoon. Loid realizes that he has been inflexible, and starts trying to change his approach to make studying more appealing for Anya. As a spy, Loid is straightforward and determined, but as a parent, he is willing to learn and change for his daughter's sake. 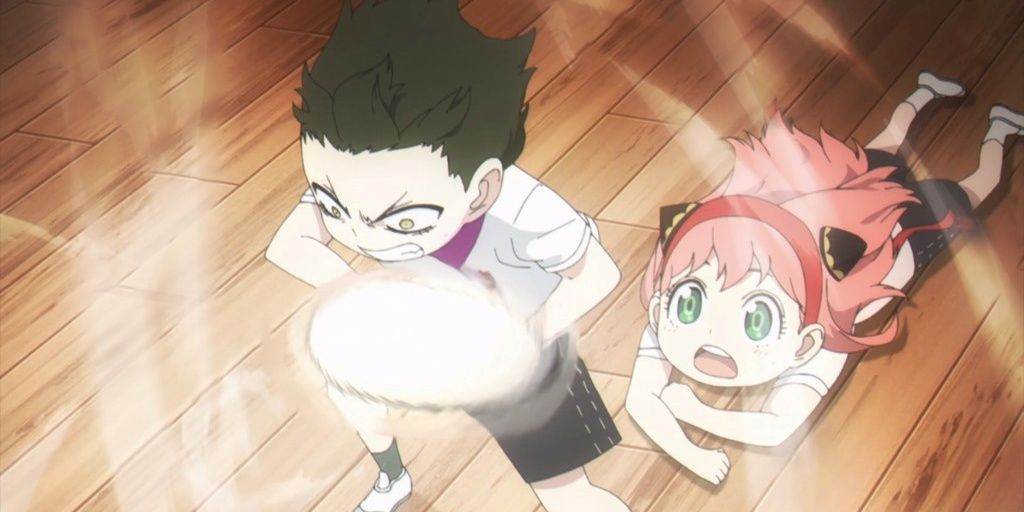 Anya is fixated on befriending Damian Desmond, the son of Loid's target, in order to help her father.  of her attempts to get close to him, and is quick to get flustered and insult her, much to Anya's puzzlement and Becky's outrage. However, his reluctant care for her shows in a high-intensity dodgeball match.

When Anya is about to get clocked in the face by a powerful dodgeball throw from enormous, musclebound first-grader Bill Watkins, Damian leaps into action, jumping in front of Anya to take the hit himself, even believing that he's throwing away his chance at a Stella Star by doing so. He claims that he was only attempting to catch the ball, but his concern is clear.

Anya And Loid Save A Life 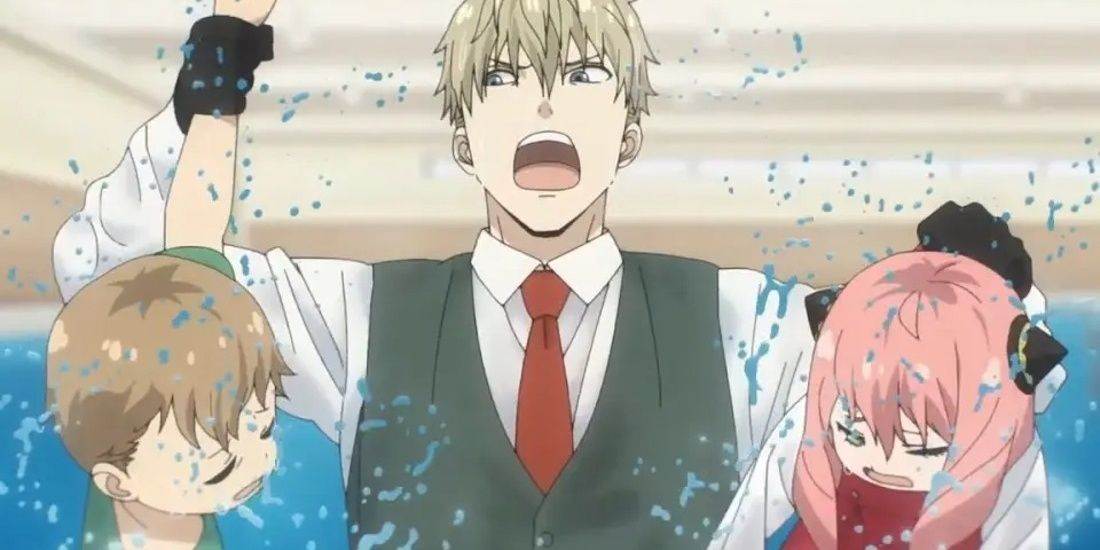 In the episode "Stella," Anya attempts to win a Stella Star through volunteer work at a hospital, but constantly screws up. As she and Loid dejectedly leave, she hears the panicked thoughts of a boy drowning in the hydrotherapy pool. Careless of the fact that it could expose her as a telepath, Anya rushes off to follow the thoughts and save the other child.

She isn't strong enough to pull him up herself, but Loid dives in and saves them both. He gives both the horrified adults in the room, who hadn't noticed anything, and the audience a gentle but firm explanation that children drowning is often quiet and hard to detect, and one should always be extra vigilant with them around water. 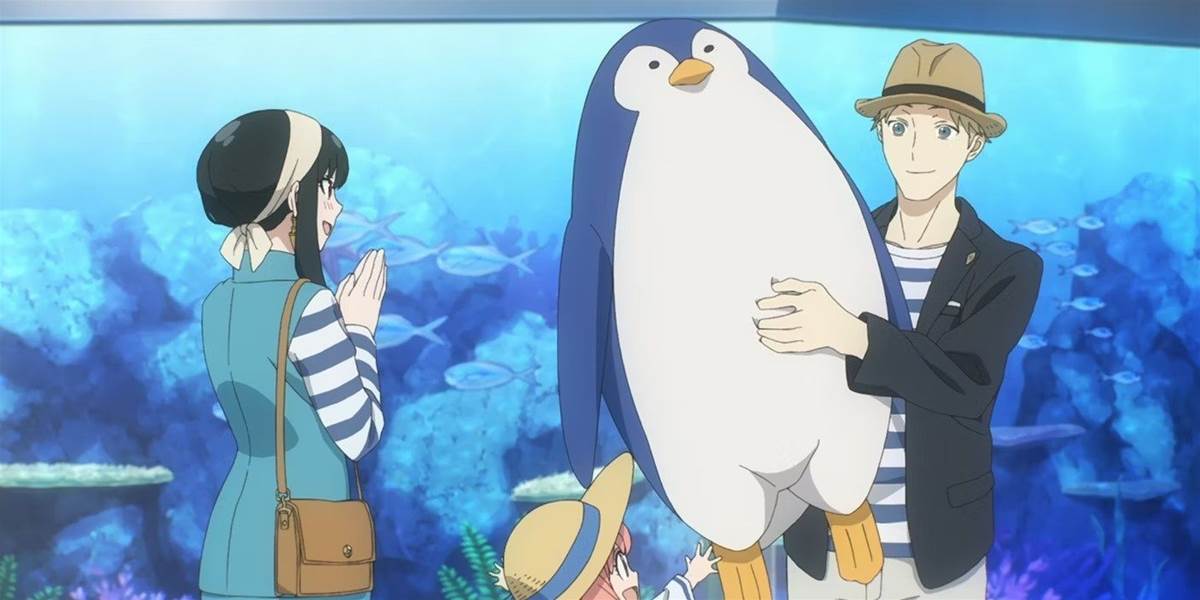 "Penguin Party" may be based on a side chapter, but it is a perfect showcase of how close the Forger family has become in twelve episodes. Despite being massively overworked and exhausted, Loid takes his family to the aquarium to prove to their nosy neighbors that they are very normal.

Loid successfully balances giving his family a fun day with completing another mission, with some help from Anya's mind-reading and Yor unwittingly taking out an enemy spy for him after thinking he was trying to kidnap Anya. The episode ends with both parents joining Anya in playing with the enormous stuffed penguin Loid won Anya at the aquarium.