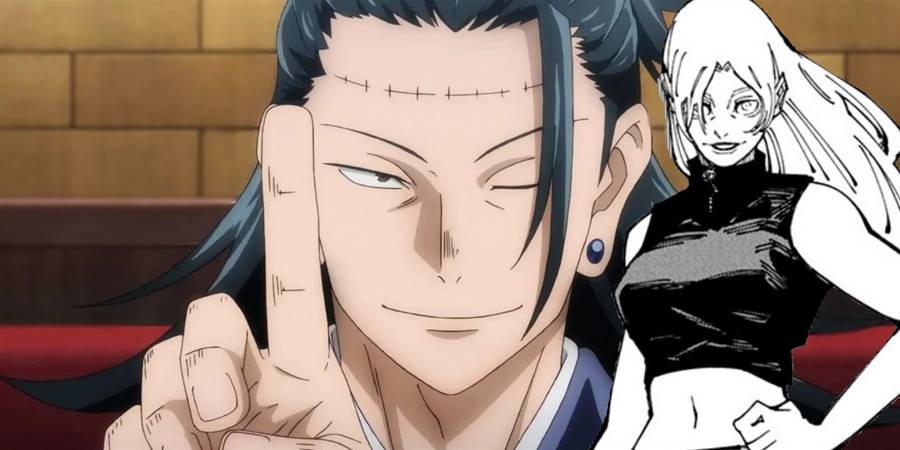 Over the last several chapters of , the focus has switched from the action happening in the Culling Game to the Tomb of the Star. surrounding it and entered the space, looking for the immortal sorcerer Master Tengen, most likely in an attempt to use his "cursed manipulation" technique to gain control over him. Because Tengen had not merged with a star plasma vessel and temporarily halted his evolutionary process, he has the potential to absorb the millions of non-sorcerers turned into cursed energy as a result of the Culling Games. However, Tengen is protected by Kenjaku's son, Choso, and special-grade sorcerer Yuki Tsukomu. Choso took on Kenjaku first, mainly as a means to get the normally inscrutable sorcerer, to show what powers he has in addition to cursed manipulation and idle transformation. Choso succeeded in his mission, and now Yuki has entered the battlefield, ready to end Kenjaku once and for all.

While , who possesses the body and skills of Suguru Geto, an even more powerful sorcerer, he has never confronted anything like Yuki Tsukumo. In fact, it's unlikely that anyone has ever faced someone like Yuki. On the one hand, she was a former star plasma vessel, the select few youths who are found to be compatible with Master Tengen such that they can merge with the sorcerer and limit his evolution. On the other hand, this requires special abilities rarely found among curse users. On the other hand, as Chapter 202 suggests, it also requires a degree of mental toughness for a young person such that they can voluntarily sacrifice themselves for the greater good. In Yuki's case, it also suggests a significant degree of will power because, as suggested in Chapter 145, Yuki more than likely was chosen to merge with Tengen, but refused to do it. Considering the pressure she was most likely under from the sorcerer community's senior leaders, this would be an impressive feat of resistance. 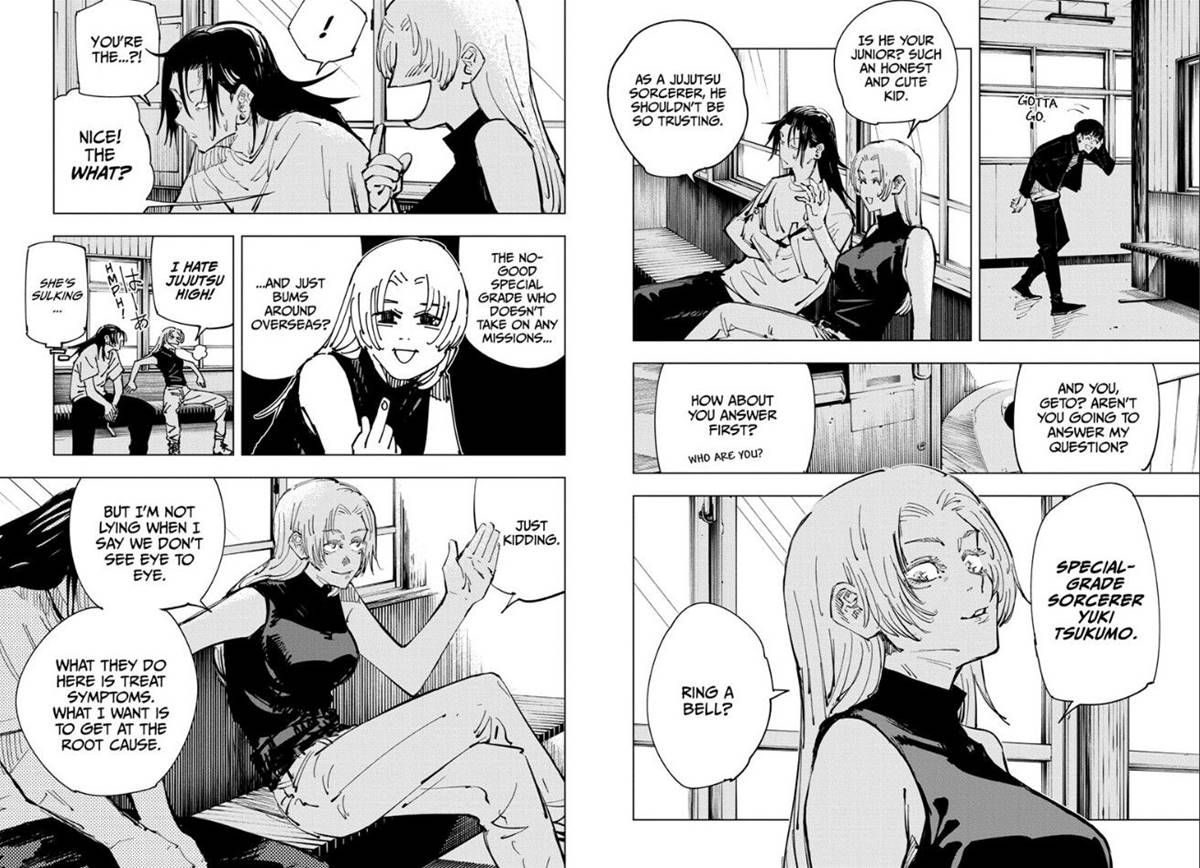 Since Yuki chose to forge an independent route, outside the formalities and duties of the sorcerer community's leadership, to achieve her goals, not much is known about her abilities. What is known is that she is one of four special-grade sorcerers to live in the modern age of sorcery, , Suguru Geto, and Yuta Okkatsu. As Kenjaku said himself, special-grade sorcerers have the ability to single-handedly defeat nations. What is known about Yuki is that she has a high-level ability to manipulate barriers or the capacity to in effect, actualize a mental space in the real world, that can trap an opponent within it, and give the user God-like powers against the trapped opponent. She taught Ado how to use one, and his barrier skills are impressive. More importantly, Yuki also seems to possess the ability to transform an unlimited number of objects into cursed spirits, which she can then command to do her bidding.

Even as powerful as Geto was before he turned against humanity, he was still defeated by Yuta at , and a Yuta, who had command of Rika, was just beginning to understand how to use his skills. Yuki is a much more experienced, more she has the ability to counter any curse Kenjaku brings with her own army of cursed spirits. The only ace up his sleeve would have been whatever special technique he learned during his long life. However, after revealing that secret to Choso, the proverbial "gig should be up" for Kenjaku in a battle against Yuki Tsukomu in .