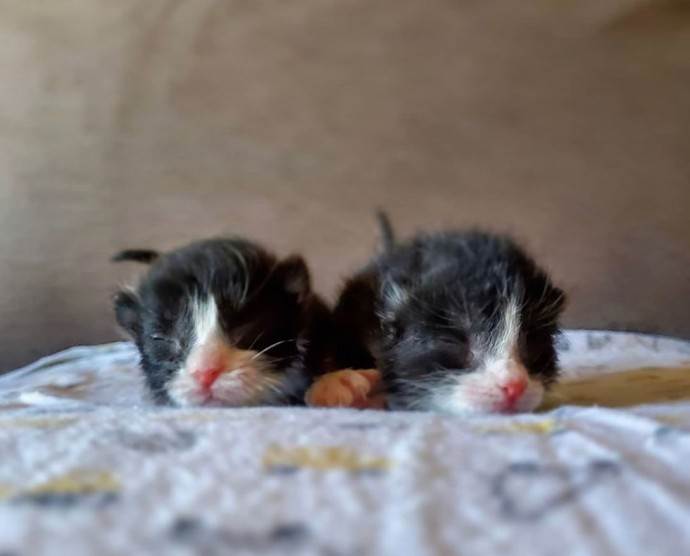 Two kittens got a rough start in life after becoming abandoned shortly after birth.

The two brothers were spotted by the side of a dumpster in Phoenix, Arizona, in the middle of a storm that was sweeping the city.

The little kittens were so young that they had not even begun to open their eyes yet, and they could fit in the palm of your hand.

Shelbi Uyehara, the founder of Jin’s Bottle Babies, came to the kittens’ rescue as soon as she got word of them, and gave them both a new shot at life. 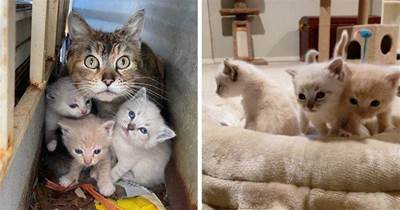 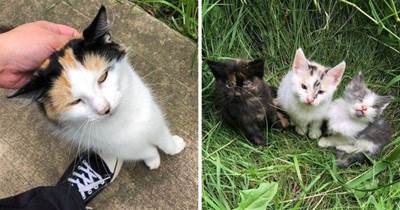 Two Tiny Kittens Without A Mom Rescued On The Street, Holding Each Other And Refusing To Let Go 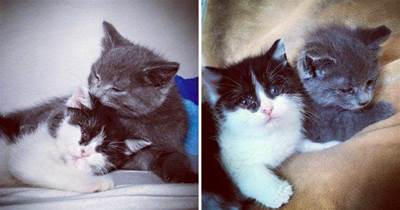 Such An Interesting Story!!! Cat Goes Out On An Adventure“Gone 3 days, back with debts” 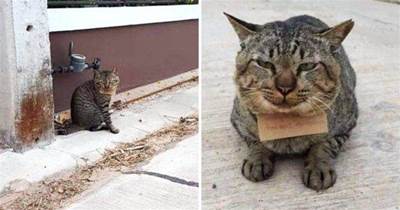 Such A Gentleman! He Adorably Takes Care Of Tiny Kitten On Subway And The Photos Instantly Go Viral 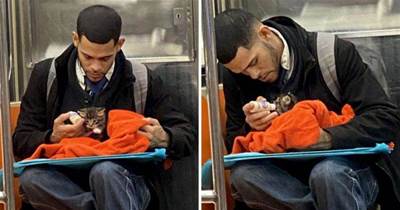 Amazing! This Cat’s Mom Bought A Statue That Looks Just Like Him, And Now He’s Obsessed With 'Himself'! 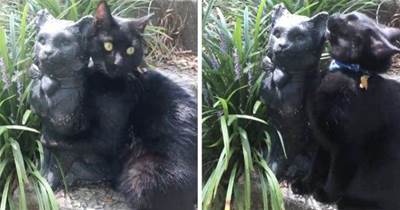 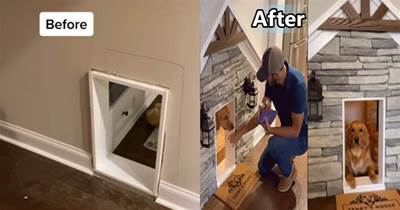